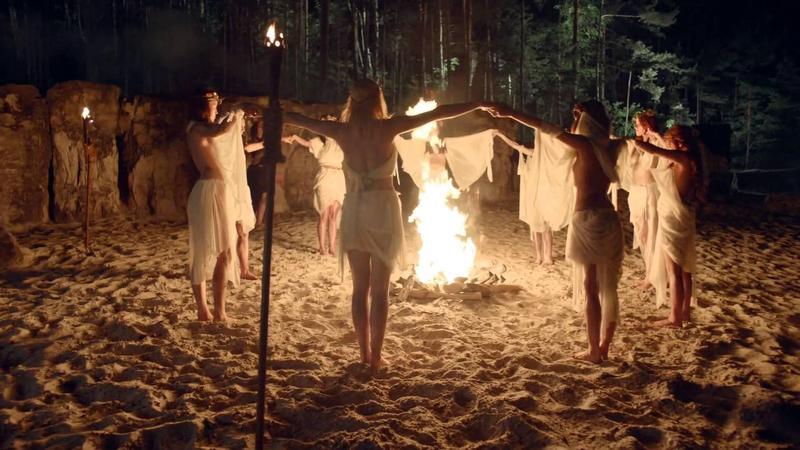 In recent years, allegations of sexual misconduct in Pagan and polytheist communities have become increasingly visible. The arrest and conviction of Kenny Klein resulted in a range of public allegations of abuse levied against the musician, along with the resultant wider conversation about these issues tended toward recrimination before focusing on the challenges of consent culture in a sex-positive community.

To that end, many experts were requested to give advice concerning what mistakes amateurs are more likely to make, and what tools must be tapped to guidance and support.

While that this information was solicited in the context of the decision reached by board members of the Wiccan Church of Minnesota, the challenges faced in that organization aren't rare in Pagan groups, which tend to be small and closely knit. Among those struggles are a lack of innovative planning to tackle problems of sexual misconduct, adopting common -- nonetheless erroneous -- assumptions concerning the nature of abusive relationships, along with the extra complexity introduced with the practices of oath-taking and sacred sexuality which could happen in Pagan traditions.

Lady Aradia is a third-degree Wiccan of the Phoenix Rising tradition, which is affiliated with Covenant of the Goddess (CoG). Professionally, she has been a social worker for more than 17 years, and has worked with offenders almost exclusively since 2009. The therapy she supplies to offenders in private training is accepted by the bureau overseeing such programs in her state.

She has offered to arrange a committee within CoG of people with expertise coping with sexual assault, but that target hasn't yet been attained.

“The great rite and initiation in our traditions put us in a unique predicament” as it comes to preventing abuse, she explained, which usually means that “extra attention” is needed to get it right. However, Aradia doesn't feel this ought to imperil the mystery and magic implicit within Wiccan practice.

As mentioned in yesterday's post, antiquated by-laws frustrated attempts by WiCom board members to investigate presented allegations. For one, the by-laws especially uttered bringing in outsiders to supply an objective standpoint. In addition, there was no procedure set up to listen to a criticism, despite there being considerable guidance on the appropriate forms of discipline.

The Board members have been made to create a new procedure while under intense public scrutiny. Adding to these hurdles was the fact that one of the 3 board members had resigned to take a different part in the organization, meaning that a replacement needed to be termed while a cloud of questions hovered overhead.

In addition to needing to take a few steps before they can start their investigation, WiCom board members told Wild Hunt author Cara Schulz they felt under considerable pressure to produce their decision quickly. “They should have taken the time.” One action that may have decreased pressure could have been to suspend the Priest's ministerial credentials as they worked through this process, she noticed.

She goes on to state we have a range of “myths” about sexual abuse, which may lead somebody without instruction to draw erroneous conclusions. For instance, the time it requires a victim to decide to make a complaint, to legal authorities or anybody else, can often be measured in months or even years.

In addition, the way victims relate to the abuser during this time period, as Aradia clarifies, can not be reliably used to infer anything about how they feel about the episode, since they're still processing. Self-uncertainty is not uncommon among victims, she mentioned, and it may take confiding in another party to help evaluate the psychological state.

“The first thing victims do is question themselves,” stated Aradia; the ability figure has more understanding and commands respect. She stated this is simply amplified by a religious element. “It is our job to walk them through that process and support them.”

She was explicit in her view that victims should be invited to visit civil authorities, who would be the only ones competent to decide whether a crime may have happened, and whether it's likely to file charges.

Another abuser myth may be known as the “nice guy” fallacy.   Aradia discovered, "That's Sandusky," for instance. Sandusky is the retired Penn State coach that has been found guilty of numerous counts of sexual abuse against children.

Aradia recommends that organizations utilize a hands on procedure with a focus on in-person contact instead of relying on email for communication. She emphasized in many ways that involving law-enforcement authorities should be encouraged by the leaders, and that it needs to be performed sooner rather than later.

She added any inner organizational evaluation should wait until any legal process runs its course.

This dovetails with her advice to issue a suspension of clergy rights immediately to make it crystal clear that allegations are being taken seriously. Even when the accused offender isn't convicted or charged, curtailing ministerial authority nevertheless may be suitable depending upon the conditions.

The experts agree it's also simple to minimize the effect of the power dynamic between teacher and student.

Abusers, whether knowingly or not, are inclined to adhere to a process outlined by SNAP, or Survivors Network of those Abused by Priests, as “isolate, create doubt, praise submission, foster fear, secure silence.”

“Asking why victims of clergy abuse stay in contact with an abuser is very similar to asking why victims of domestic violence don’t leave a batterer: explanations can include shame, fear of not being believed or helped, or fear of physical harm, but, bottom line, they don’t indicate an absence of a problem.”

In a particularly Wiccan context, Aradia recommends clear protocols laying out where the line is drawn between ritual secrecy and coercion. In brief, there always has to be disclosure about sexual contact before any commitments are expressed. These principles must be in writing, and accompanied by training in the mandated-reporter rules in that particular state.

Specifically, Aradia recommends at least 2 leaders of different genders participate in these delicate workings to supply a sense of both balance and safety.

Although many expect that Pagan leaders are becoming closer to being ready to address these problems, it seems likely that the feelings of being silenced or further hurt in the search to find ideal answers will continue for some time.