9 Tips to Cleanse Your Liver 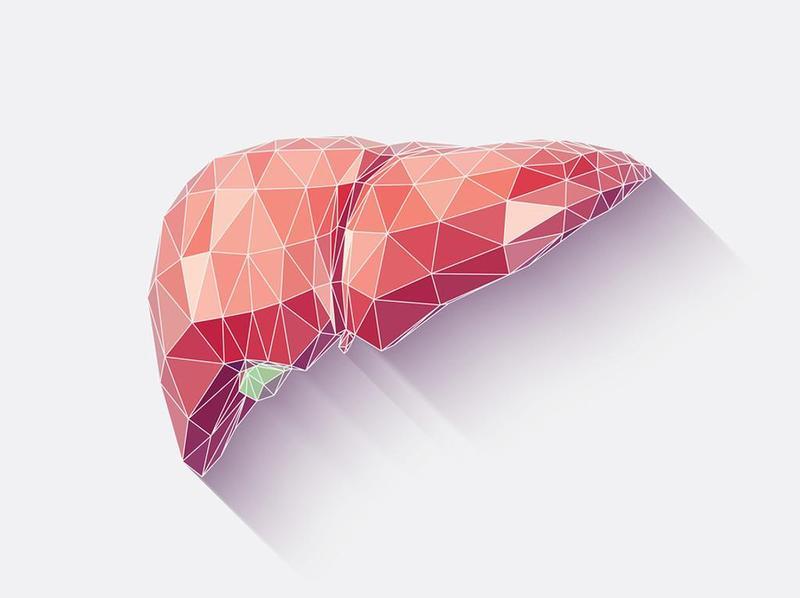 The liver is not only responsible for producing essential hormones and proteins and for storing nutrients, it also helps to detoxify toxins in the blood and break down fats and carbohydrates from the food we eat.

The largest internal organ in the body, the liver is involved in some 500 different types of functions, many of which cannot be replicated artificially yet, unlike the heart.

Clearly, your liver health plays a key role in your overall well-being. Below are some practical tips you can use to support and cleanse your liver today.

Limit Alcohol ConsumptionYour liver sees alcohol as a poison and attempts to break it down into harmless compounds. But expose it to high levels of spirit regularly and things start to turn ugly. Long-term alcohol abuse can lead to fatty liver, inflammation of the liver, and permanent scarring of the liver. In severe cases, the entire liver may cease to function and will require a liver transplant. But what about research linking moderate wine drinking to a better heart? The link is not necessary causative and let’s face it, there are many other less intoxicating ways to keep your heart in tip-top condition, like a good workout or an anti-inflammatory diet.

Beware of Liver-Intoxicating SubstancesSome drugs, herbs and even vitamins can cause damage to the liver if you overdose on them, take them for too long and/or combined them with other substances, especially if you are an alcoholic or has an existing liver disease. Drugs in this category include acetaminophen (Tylenol), agomelatine, amitriptyline, amiodarone (Cordarone), disulfiram (Antabuse), isoniazid (Nydrazid, Laniazid), hormonal contraceptives, methotrexate (Rheumatrex, Trexall), nonsteroidal antiinflammatory drugs (NSAIDs), nitrofurantoin, paracetamol and statins. Some herbs and vitamins that also fall under this group when you take too much of them are kava-kava (a sedative herb), ma huang (a TCM herb), vitamin A and niacin. Run by your physician if you take two or more of the above substances on a regular basis, and always stick to the recommended dosage.

3. Include Sulfur-Containing Foods in Your Diet

Take Sulfur-Containing FoodsYou already know the importance of a balanced diet that comprises fresh, whole foods. But do you know that sulfur-containing foods can also help to support the liver’s detoxification function? The sulfur compounds in foods also help the liver to break down and remove fat. Foods that are rich in sulfur are broccoli, cabbage, cauliflower, collard greens, kale, Brussels sprouts, onions, garlic and egg yolks.

4. Keep Your Cool in Angry Times

Control Your TemperIt may be hard to fathom, but Traditional Chinese Medicine believes that uncontrolled emotions can result in imbalances and disruptions in the body and lead to diseases. In this case, frequent episodes of anger, irritability, resentment and frustration, directed internally or externally, cause qi to stagnate in the liver and give rise to a range of health abnormalities. So the next time you catch yourself getting pissed again over small things, tell yourself once and for all, “It is not worth it!”

5. Cut Down on Deep-Fried & Fatty Foods

Cut Down on Deep-Fried and Fatty FoodsDeep-fried foods contain heat-generated toxins like advanced glycation end products, not to mention extra fats and calories, that force your liver to work harder and promote weight gain. Obesity has been associated with the development of non-alcoholic fatty liver disease which in advanced stages, can cause decreased liver function and scarring. A high fat diet may also kill off regulatory T cells in the liver and promote the accumulation of liver fat and inflammation according to a study on mice.

Cut Down on SugarAn animal study conducted by scientists from Oregon State University found that mice fed on low fat, low cholesterol but high sugar (sucrose) diet had much slower recovery from diet-induced liver disease than another group of mice that had the same diet but with lower sucrose content (5.5% versus 35% total calories). This is not surprising considering the fact that excessive intake of sugar such as sucrose and fructose is known to promote the storage of fats in the liver, and increase the risk of fatty liver disease and liver scarring. So if you want to reverse the damage you’ve done to your liver, this study suggests that it is not enough to cut fat and cholesterol from your diet, the intake of sugar must come down too.

Lemon WaterLemon water is a refreshing drink on any hot day. But it does more than just hydrating: it also helps to dissolve mucus, promotes bile production, aids digestion and breaks down fat. Not too shabby for a glass of water! To make your own, squeeze half a lemon (about two tablespoons of juice) in 500ml (about 17 ounces) of purified water. If you like it warm, which I recommend, add some boiled water to the mix.

8. Stay Away from Environmental Toxins

Avoid Environmental ToxinsThe liver is our body’s main toxin processing plant. By cutting down on the amount of toxins your liver is exposed to, you can help to reduce the chances of it getting damaged. Unfortunately, our environment can regularly expose us to potentially harmful substances that can trigger liver inflammation in the long term if we’re not careful. Common ones to stay clear of include cigarette smoke, as well as toxic liquids and fumes such as thinners, solvents, household cleaning liquids and pesticides.

9. Support & Cleanse Your Liver with Herbs

Liver Cleansing HerbsThe plant world offers a number of herbs which may help to protect and strengthen the liver and gallbladder. Here are four worth checking out:

A popular anti-inflammatory ingredient used in foods as well as anti-inflammatory herbal remedies, turmeric contains curcumin which showed promising potentials in protecting the liver against hepatotoxicty and liver diseases in several animal studies (such as this and this). However, as turmeric promotes the emptying of gallbladder, its use is not recommended for people with known gallstones.

In Traditional Chinese Medicine, Jin Qian Cao, or literally gold coin grass, is used as a diuretic and to clear heat accumulated in the kidney, liver and gallbladder systems. It is also used in jaundice patients and those suffering from stones in their gallbladder, kidneys and bladder. Jin Qian Cao soaked in alcohol is also applied externally as a massage oil to relieve swelling, pain and bruises.

The seeds of milk thistle contain silymarin, a group of compounds which exhibits liver protective as well as anti-cancer properties in preliminary studies. Silymarin also protects the liver against lipid peroxidation and helps to induce the body’s detoxification system. This may explain why milk thistle is widely used in alternative medicine to address liver and gallbladder diseases.

Chanca Piedra is the equivalent of milk thistle but grows in the tropics instead of Europe. The herb shows comparable anti-hepatotoxicity effects to milk thistle in preclinical studies such as the one conducted by the University of Malaya. In the animal study, rats given either chanca piedra or milk thistle suffered significantly less carcinogen-induced liver damage than those that weren’t. Known also as stone breaker, chanca piedra is used in South American traditional medicine to treat gallstones, kidney stones and jaundice.

Note: Chanca piedra is not suitable for pregnant or breast feeding women. It may also heighten the effects of diabetic, high blood pressure and diuretic medications.