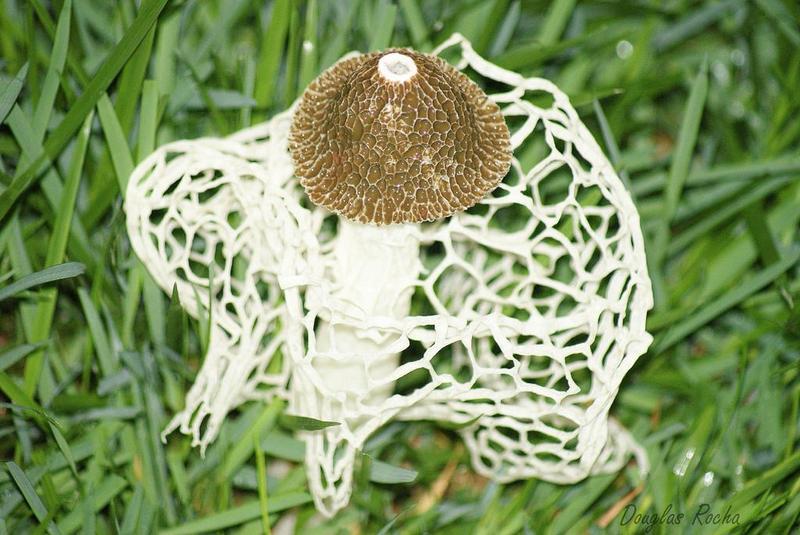 Mushrooms are rich sources of disease-fighting compounds. Here are some you can capitalize on to boost your immunity and stay strong.

Men started to consume mushrooms as food and medicine more than 2,000 years ago. Besides being a potent anti-inflammatory food, we know that many of the fungi we use today contained active compounds that have anti-cancer, anti-hypertensive, blood sugar-lowering, and other potentially valuable therapeutic properties.

Edible mushrooms are also great sources of proteins, antioxidants, minerals, fibers and trace elements that are comparable to some leafy greens. But unlike other produce, fungi require much lesser water, soil and space to mass cultivate.

Not convinced? Below are highlights of some fascinating medicinal mushrooms to open your eyes to the kingdom of fungi!

Reishi (Ganoderma lucidum, or Lingzhi in Chinese) has been revered as the mushroom of immortality in many parts of Asia for centuries. Ancient people used it to enhance qi (life force), sharpen memory, calm the mind, and promote longevity. This kidney-shaped mushroom comes in a few different colors — green, purple, red, yellow and black — but red reishi is the most commonly used.

What’s interesting to note is that polysaccharides from reishi and other medicinal mushrooms, do not kill viruses and cancer cells directly. Instead they activate the body’s own immune cells to attack harmful cells (an action termed as immuno-modulation), thereby increasing the body’s defense against infections and cancer.

Reishi also contains ganoderic acid which could confer protective effects on the liver, and other yet-to-be-identified components that help to reduce radiation-induced damages (6) and side effects caused by chemotherapy (7).

How to Get and Use Reishi:

Wild reishi mushrooms are rare, and when available, are costly. Thankfully, reishi mushroom has been successfully cultivated which helps to bring its prices down. Due to its bitter taste, reishi is seldom used in cuisines. It is more commonly used in dried form as Chinese medicine, or in convenient reishi extract capsules which do not require lengthy preparation.

Unlike other fungi which grow in soil or on trees, caterpillar fungus grows out of the body of an underground moth larva. So the complete fungus actually consists of a dried caterpillar with the fruiting body of the mushroom protruding from its head. Caterpillar fungus is known by many names: Dong Chong Xia Cao (which literally means winter worm, summer grass in Chinese), Cordyceps sinensis, or more accurately, Ophiocordyceps sinensis.

Caterpillar fungus is a highly valued medicinal ‘mushroom’ in traditional Chinese and Tibetan medicine, though it is strictly speaking not a mushroom. It is prescribed to “replenish the kidney and soothe the lung, and for the treatment of fatigue.” Traditional Chinese physicians use it to treat a broad range of conditions, including night sweating, sexual dysfunction, high blood sugar, respiratory disease, kidney dysfunction, irregular heartbeat and other heart and liver disease (8).

How to Get and Use Cordyceps Sinensis:

Wild Cordyceps sinensis, consisting of the whole caterpillar and the attached fruiting body, cannot be grown artificially the way we can grow other medicinal mushrooms. That is why the price of wild-harvested Cordyceps sinensis is prohibitively high and continues to go up.

Fortunately, we can fall back on cultivated Cordyceps sinensis which is mainly sold as cordyceps dietary supplement rather than as a form of food. Although cultured cordyceps fungi are reproduced without the use of any larva as host, they appear to have similar potency as wild-harvested ones, according to a study (21) as well as most of the research referenced here.

Bamboo fungus (Phallus indusiatus) is a tropical mushroom belonging to the stinkhorn family that sports a bell-shaped cap and a long, elaborate net-like skirt.

Research also found that bamboo fungus shares some of the therapeutic properties as other medicinal mushrooms, including anti-cancer, anti-inflammation, anti-hyperglycemic and antimicrobial.

How to Get and Use Bamboo Fungus:

Bamboo fungus used to be a delicacy prized by the Chinese. Before mass cultivation of the fungus is possible, it used to occur only in the wild and thus, is hard to come by.

But now, dried cultivated bamboo fungus can easily be found in many Asian stores. To use it, simply soak it in water until it is soft and then wash it thoroughly to remove grit and dirt.

By itself, bamboo fungus is tasteless but has an almost crunchy and tender texture. Its long, sponge-like stalk (stipe to be exact) means it can readily soaks up any flavoring or gravy that you dip it in, making the fungus a versatile ingredient to use. The Chinese also believe that adding Zhu Sun in their cooking can help to prevent food from spoiling easily.

To date, capsule or powder form of phallus indusiatus is not common.

Maitake (Grifola frondosa, or hen of the woods) is a culinary as well as medicinal mushroom widely used in Japan and increasingly, in other parts of the world. Literally called ‘dancing mushroom’, maitake grows in clusters and can grow to a large size, reaching 20 inches in diameter and weighing up to 100 pounds.

A bioactive extract derived from maitake’s beta-glucan known as maitake D-fraction has been a subject of many research studies. The interest comes mainly from the extract’s ability to modulate the immune system and inhibit tumor cell growth (23).

Several improved maitake extracts were later developed. One of them, maitake MD-fraction, has reportedly received positive results in the treatment of a few cases of leukemia, liver and lung cancer (24).

How to Get and Use Maitake:

Fresh, and sometimes dried, maitake can be bought from large supermarkets and Asian stores.

But if the idea of eating fungi every day is hard to stomach, there is always maitake capsules to make the swallowing easier.

Almond mushroom (Agaricus Subrufescens) is a famous fungus with a big identity crisis. According to Wikipedia, several popular fungi and their derivatives that were marketed under the names like Agaricus blazei murrill and Agaricus brasiliensis in the last few decades should really have been Agaricus subrufescens instead.

Almond mushroom has attracted the attention of scientists and consumers alike due to its potential anti-cancer, immuno-regulating, anti-viral, anti-inflammatory and anti-diabetic effects. Based on a 2005 survey, it was reportedly the most popular complementary and alternative medicine used by cancer patients in Japan.

How to Get and Use Almond Mushroom:

Fresh and dried Agaricus subrufescens are available in well-stocked supermarkets and Asian stores. The fresh mushroom has a delicate almond-like aroma and taste, while the dried version acquired a stronger fragrance and a chewier texture.

However, note that mushrooms from the Agaricus family, including Agaricus subrufescens, do contain a tiny amount of natural occurring carcinogen agaritine (25). Cooking usually destroys most of the agaritine in the mushroom and should not be a concern. But if you are planning to take raw, powder form of the fungus for long-term, choose one that has agaritine removed.

Other than enhancing the immune system and zapping cancer cells (26) like other medicinal fungi, extract of yamabushitake (the Japanese name for lion’s mane mushroom) appears to have some beneficial effects on brain functions and autonomic nervous system.

A research conducted in Japan found that subjects who took cookies containing yamabushitake powder for four weeks were less depressed and anxious (27) than those who took placebo cookies. An animal test also showed that Hericium erinaceus extract slowed cognitive impairment (28) in mice which had chemically-induced dementia, while an in vitro experiment found it stimulated nerve growth factor (NGF) (29). Inadequate NGF is believed to play a role in the development of Alzheimer’s disease.

How to Get and Use Lion’s Mane:

Like the bamboo fungus, monkey’s head mushroom used to be one of the eight fungus delicacies enjoyed by the ancient Chinese. Nowadays, it is still a popular choice for important Chinese dinners.

Dried monkey’s head mushrooms are more common than fresh ones, and they can often be found in Asian specialty stores.

Extracts of Hericium erinaceus can also be found at the click of the mouse and in brick-and-mortar health stores.