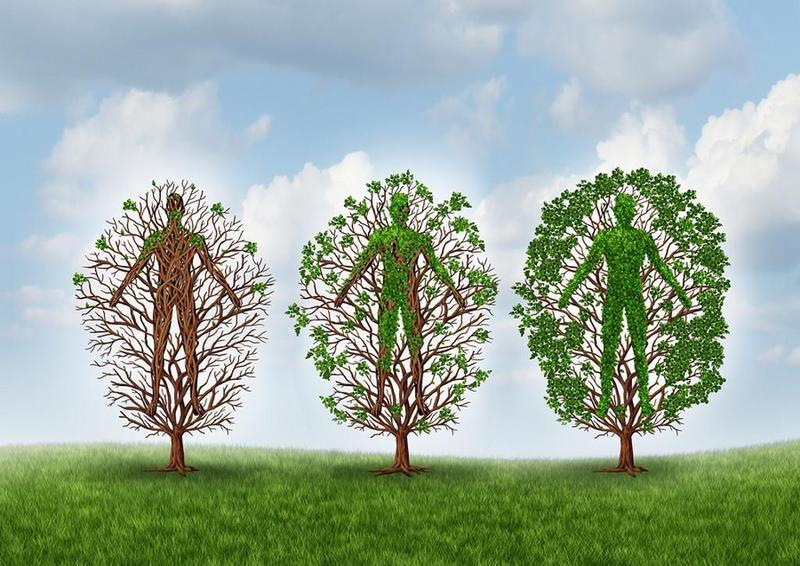 You don’t need to go through something especially traumatic to benefit from therapy. You don’t need to be suffering from a mental illness to feel the positive side effects of talking to someone. There are so many misconceptions about therapy. People are ashamed to say they go, they’ll claim that they “aren’t crazy,” that it’s only to get them through a certain period of their life. But therapy is good for absolutely everyone. Because none of us are perfect. There is always something we can open up about and share in order to feel more at peace in our lives.

2. It’s easier to talk to a stranger than someone you know.

While you may think talking to your best friend or mom or sister is enough, it’s really not. These people know you and have known you. It takes a stranger to really recognize an irregular and unhealthy habit in your life. They know how to dig deeper and come to different conclusions than someone who is passively listening. Your friends might sympathize while you cry to them about a break-up, but a therapist will have you see it in an entirely new light. They allow you to wrap your head around things that your friends are probably dumbfounded by as well.

3. You learn new things about yourself.

My first time ever going to therapy, I mentioned something about my brother passing away. After answering her typical questions about it, I blurted, “I don’t think I ever had the chance to properly mourn.” Once I said it, its truth hit me like a tidal wave. I was away at college, away from my home and my family and friends, so I stayed composed and closed up around these new people who didn’t understand. I went to class every day and drank regularly and very little emotion or talk of the subject crept its way in between. She asked me where I thought I was in the mourning process now. For the first time since he passed, I was able to admit, “I have no idea.” Simply recognizing it and saying it set me in a new direction. You’ll be amazed at the things you will say out loud and learn about yourself.

4. It takes you out of your comfort zone.

Going to therapy is intimidating. Fear of the unknown holds most people back. Nothing seems more uncomfortable than sitting in a room with a stranger talking about problems you shove down deep within yourself. You wonder how a random stranger can understand, relate, and make you feel better. You wonder how talking can disperse any stress and anxiety. Answer: It just does. And being afraid shouldn’t hold you back from that opportunity. You have to remember that this is their job. You’re not approaching a random patron on the street and telling them how you’re displacing anger towards your parents. Doing something scary and uncomfortable and then discovering how cathartic and amazing it really is makes the end results even better.

I have really intense phobias. I’m a 23-year-old who can barely walk around my house at night without feeling terrified beyond belief of things that don’t even exist. This problem sounds really stupid to a lot of people. They don’t take it seriously, they’ll laugh when I explain it; they don’t understand how paralyzing it is to live with. For once while talking about it, I didn’t feel silly, like I had to laugh it off or apologize for it. I finally felt like someone listening understood that I simply didn’t have some irrational fear, but that there was a much deeper reason to it, and that it was curable. You feel like someone finally hears you and doesn’t dismiss your problems. They see that there’s something more to it, something worth talking about. Things that I’ll say off-handedly will suddenly become much bigger than I ever realized.

It is critical to be aware of yourself, your emotions, your problems that you’re refusing to confront, the meaning behind your actions, everything. So many people don’t stop and question themselves enough. We’ll lash out and act horribly to people around us, but we never take a moment to stop and reflect on ourselves and realize we’re the ones with the problem. Therapy forces you to do that. And it inevitably helps you become a better person. It allows you to come to conclusions easier, to feel more peace with who you are and the people around you, to understand every layer of yourself that you’ve been overlooking.

There have been so many times I’ve been waiting to go to therapy thinking, Shit, I have nothing to talk about. I would dread it because nothing particularly bad had happened to me recently. But the second you sit on that couch and look into their face, something comes up. Without a doubt, and I can promise you this, every single time you walk out of their door, it’ll feel like a weight was lifted. You will feel lighter, calmer, more grounded and connected. I’ve gone in struggling to think of a topic to bring up, and then two minutes in I’ll be sobbing about something that happened in my childhood that I never realized affects me to this day. It’s mind-boggling what they can get out of you. And it’s shocking how many connections they can make. The longer you go, the more connections you can start to make on your own.

8. It’s time during the week when you can only focus on yourself.

We lead fast-paced, hectic lives. We have to balance work, relationships, finances, and much more on top of our own well-being. Therapy allows you to take at least one hour out of your schedule to just focus on yourself and bettering who you are. You can explore underlying issues, your thoughts and feelings, what you want in life, what’s holding you back. You can discover new techniques to help you with reoccurring problems, to understand things better and move on from them. By taking one hour every other week (or whenever) to talk and reflect and feel, I gained so much personally.

9. You’re probably pushing down more than you realize.

If you are ignoring issues and refusing to talk about them, it’ll negatively affect you in numerous ways — physically, mentally, and emotionally. It will also affect the people around you. You might be especially irritable towards everyone in your life just because you’re avoiding an underlying problem. It is easy to go through life ignoring the deeper things being stifled inside of you, but you need to get to the roots of your difficulties in order to eliminate them. Therapy allows you to wrap your mind around an issue and understand it, so it no longer appears to be this big, intimidating monster that you can’t control. And while you are working through your current problems, you are also preparing for your future ones. You are recognizing, and therefore, eradicating bad habits, negative thought patterns, etc.

People don’t go to therapy because they’re weak. In fact, just the opposite is true. Weak people hide from their problems; strong people confront them. Smart, successful people don’t fear being vulnerable and learning more about themselves, because they recognize how beneficial that is in the long term. Being reflective and expressing yourself regularly is just as important for you as eating vegetables and getting a good night’s sleep. As Kerry Washington said, “My brain and my heart are really important to me. I don’t know why I wouldn’t seek help to have those things be as healthy as my teeth. I go to the dentist. So why wouldn’t I go to a shrink?”