Where Does Consciousness Reside? Eben Alexander &amp; the Brain-Mind Problem 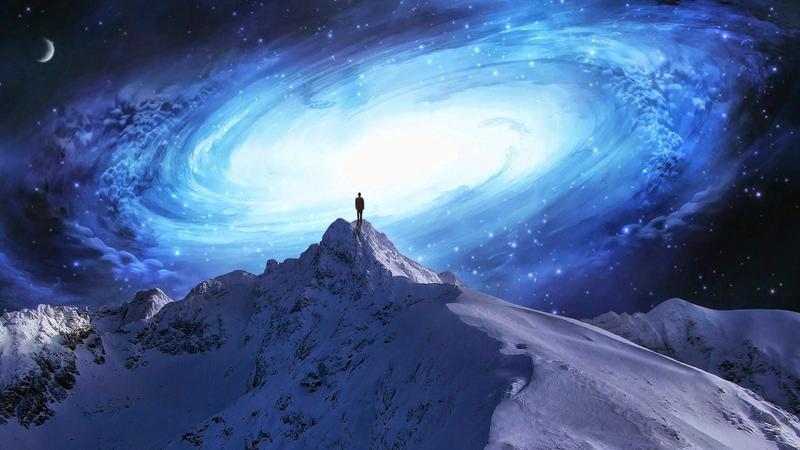 Why has Eben Alexander’s story caught the public imagination so intensely? Admittedly, not everyone has looked favourably upon his revelations. Much of the materialistic press has groped around to find holes in his arguments (usually by casting aspersions upon his good faith), but their attempts to rebut him have been someplace between weak and nonexistent. As we shall see.

To begin with, here is one of the most important challenges that Alexander makes to current scientific dogma: his experience strongly suggests that consciousness is not produced (or produced exclusively) by the brain.

Alexander’s case shows something different. During his experience, his cortical areas showed no activity, according to the medical apparatus. The parts of the brain associated with higher cognition weren’t working. Thus he should have been in what he appeared to be in – a coma. So far, so good. But in this state he should have had no experience at all.

That was not what happened. In fact Alexander went through a Dantesque journey starting with an abyssal kind of existence – what in his book he calls the “worm’s-eye view” – and ending in a sublime vision of cosmic illumination and love.

Maybe you want to say that Alexander was only dreaming. But he shouldn’t even have been dreaming.

Whatever metaphysical conclusions you might want to draw from his experience, the fact that he had it at all poses a strong challenge to conventional belief about the relation between mind and brain.

Furthermore, Alexander is a neurosurgeon himself. That means he understands the neurology behind his own case – what the readouts on the machines were saying and what they meant, or should have meant.

All of this is very difficult to explain away through any simplistic materialism. You might want to say that the brain functions in some way that is wildly different from what is now believed, but then you would have to tell us how it does work.

Sam Harris, a spokesman for the new atheism, has challenged Alexander’s work in a 2012 blog posting. He quotes Mark Cohen, an expert in neuroimaging at UCLA, who responded thus to Alexander’s case: “Of course, science cannot explain consciousness anyway. In this case, however, it would be parsimonious to reject the whole idea of consciousness in the absence of brain activity. Either his brain was active when he had these dreams, or they are a confabulation of whatever took place in his state of minimally conscious coma.”

Cohen’s statement is fascinating. Let’s look at it in more depth. Statement one: “Of course, science cannot explain consciousness anyway.” Very true. In fact, science hasn’t even told us what consciousness is. (Scientific attempts at defining it range from the vague to the circular to the hilarious.) Therefore you shouldn’t be too hasty to say when and how it can arise.

The principle behind this reasoning is Ockham’s razor. Just for fun, I’ll give it to you in Latin: Entia non sunt multiplicanda praeter necessitatem: “Entities are not to be multiplied beyond necessity.” In this context, Cohen can only mean this: we know that consciousness is connected to brain states in many or most instances. Thus it’s more economical to assume that consciousness is always brain-based than to assume that there might also be some cases (like Alexander’s) when it isn’t.

Why is this more economical? From a logical point of view, it isn’t really. It’s only simpler because it corresponds to current preconceptions. The British philosopher Mary Midgley comments on this type of thinking: “False economy is very common among people who rely too readily on it. As we are seeing, extravagance is not eliminated merely by becoming anti-religious, and thoughts which are designed to be sternly reductive often compensate by strange, illicit expansions elsewhere. In fact when we encounter a specially harsh reduction, officially launched in the name of parsimony, our first question should be ‘and what are these savings being used to pay for?’”

In this case they’re being used to pay for a refusal to take the question seriously.

Cohen shows this in his third statement: “Either brain was active when he had these dreams, or they are a confabulation of whatever took place in his state of minimally conscious coma.” This comes very close to the most elementary of logical errors – begging the question, since these are precisely the things that we are trying to figure out. They also show some reluctance to look at the data in any depth.

Granted, Cohen’s responses were probably just off-the-cuff remarks given to Harris for his blog. I dwell on them because they show how cognitive science tends to behave toward the brain-mind issue. Here’s what it’s saying: (1) Actually we don’t know how or if the brain creates consciousness (as Cohen admits). (2) We believe that consciousness is the epiphenomenon of certain brain activities. We also believe that it cannot come from any other source. (3) We do not wish to look at evidence to the contrary.

Note the contradiction here. It is more a matter of tone and implication rather than of logic per se. It’s true that “science cannot explain consciousness anyway.” The devotees of scientific materialism admit as much. Harris writes: “I remain agnostic on the question of how consciousness is related to the physical world.”

But something about this agnosticism doesn’t smell good. Harris goes on: “There are, of course, very good reasons to believe that is an emergent property of brain activity, just as the rest of the human mind obviously is.” Suddenly we have gone from agnosticism to the “obvious” – even though it is anything but obvious that the mind is merely an emergent property of brain activity. That question is just as fraught as any of the others we are dealing with here.

We see the same attitude in religious agnosticism. The agnostic sticks his tongue in his cheek and says, “I don’t know if there’s a God” – but he thinks, talks, and acts as if he knows there isn’t.

Harris has his own sophisticated answer for Eben Alexander’s experience: it was a DMT trip. The psychedelic drug DMT creates a very short but intense high that makes the subject feel as if he has been zapped into other dimensions. Harris quotes psychedelic guru Terence McKenna: “Under the influence of DMT, the world becomes an Arabian labyrinth, a palace, a more than possible Martian jewel, vast with motifs that flood the gaping mind with complex and wordless awe. Colour and the sense of a reality-unlocking secret nearby pervade the experience.”

Harris notes that DMT, unlike many drugs, occurs naturally in the human brain. He writes, “Does Alexander know that DMT already exists in the brain as a neurotransmitter? Did his brain experience a surge of DMT release during his coma? This is pure speculation, of course, but it is a far more credible hypothesis than that his cortex ‘shut down’, freeing his soul to travel to another dimension.”

It’s not clear how DMT is going to send you on a wild trip when you are in a coma to begin with. To put it another way, you can’t get drunk when you’ve already passed out.

In short, if you are absolutely dead set against believing something, you are going to do what Harris has done here: grab at any wild possibility (that makes no reference whatsoever to the actual facts of the case) to avoid believing it – at whatever cost to logic or accuracy.

Much of today’s discussion about the relation between mind and brain shows these symptoms. Even if the materialistic view is right, there is no reason to believe it on the basis of arguments like these.

Here is the truth, as far as I can see it: the relationship between consciousness and brain states is still very much a matter under investigation. Most of what is said about it has to be followed with a question mark. On the basis of what is now known, it’s premature and irresponsible to say that consciousness must be accompanied by brain activity. Even assuming that it is, is irresponsible.

Alexander’s case may not serve as definitive proof that human consciousness exists apart from the brain, but it’s an important piece of evidence that can’t be dismissed just because it sounds too mystical.

I have heard about a certain type of crab. When the fisherman catches it, he puts it in a bucket. He doesn’t put a lid on the bucket. He doesn’t have to – even though the crab is perfectly capable of climbing out. Why? Because whenever one of the crabs tries to get out, the other crabs pull it back down.

I can’t think of the materialistic worldview without coming back to this image over and over. Whenever someone tries to free himself from this view of reality, the others – who are happy there or at any rate believe they have to be there – try to pull him back down.