What is Pantocrin — a Powerful Ancient Anti-Aging Super Remedy 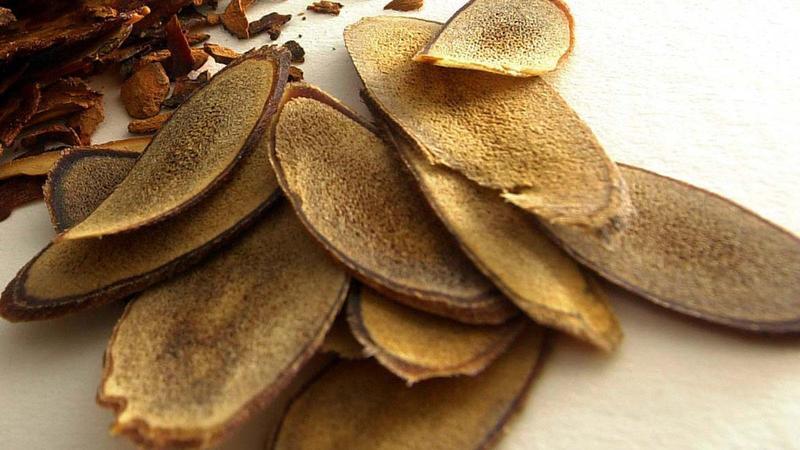 These compounds are necessary in activating the DNA to repair its damages thereby contributing to the stability of the gene. The side effects of taking this drug are not indicated which means that there are only rare incidents wherein grave effects are observed for this drug. Moreover, Pantocrin is also not reported to have contradicting effects with other drugs.

The history of using for medical purposes counts more than 2000 years. The word "antler" itself derives from the Latin Anteoculae which can be translated as "in front of the eyes". The first evidence of deer velvet use in medicine was documented on a silk scroll found in a tomb in Hunan China. The scroll dates back to 168 B.C. The use of antler dates back to the Han Dynasty 206 BC to 220 AD. Later in the 16th century several antler preparations including pills, tinctures, and ointments were listed in the medical text of Pen Ts'ao Kang Mu.

It should be admitted that the antlers use as a medicine was know not only to Chinese. Thus in Russia, the documented use of deer velvet dates to the late 1400s, when antlers were referred to as "horns of gold". Since then medicinal use of antler became so common that deer farming was introduced to Russia in the 1840s.

But only since the 1930s have the first attempts to provide sound scientific research into antlers' therapeutic effectiveness been conducted by Russian scientists and pharmacists. As a result, more than 100 articles on the subject were published. Hundreds of articles have since been published in China, Korea, Japan, Russia, New Zeeland, Canada.

In 1970s Drs. Takikawa and Kajihara found that pantocrin sped up the healing process of damaged neural tissues.

In the 1988, perhaps one of the most important effects of was discovered by Japanese scientists Wang and associates. They found that velvet antler has an anti-aging effect.

In 1999, the use of velvet antler was scientifically supported by clinical research in compliance with FDA regulations for its beneficial effects in treating arthritis. However, empirical evidence suggests several other therapeutically valuable actions including immune stimulation, anti-aging, protective and rejuvenating effects, and beneficial effects in blood and circulation.

In the North America this product has become known only in the last decade. Nowadays, the American antler market is expanding as more and more Americans turn to holistic medicine.

It is important to admit that antlers are a naturally renewable resource. No deer are killed for their antlers.

Velvet antler refers to the living tissue from the growing antler of the Cervus genus of deer, notably the red deer, Cervus elaphus, as well as elk. The soft antler of the deer is removed from the deer when it has grown just two or three spikes and is still covered by velvet.

Hence, to obtain velvet there is no need to kill the deer as new antlers grow that same season and they are let to ossify so the velvet is not harvested until the next growing season. The tip of the antler is the most potent part because it contains the most active substances.

Most scientists assume that all of velvet's healing properties are derived not from a single active ingredient, rather, from the synergistic effect of two or three of its constituents.

Among many of the beneficial effects of are the following:

Increase in Libido and Sexual Performance: Pantocrin increases circulation in reproductive organs and stimulates production of testosterone and its metabolites. It is proved to be an effective remedy for impotence, as well as for increasing libido and general sexual performance. Also reported numerous benefits are reported for menopausal women and in addition significant stress reduction, which also improved intimacy.

Regeneration of Heart Muscle: Pantocrin improves cardiac circulation and metabolism to avoid cardiac muscle fatigue which may develop as a result of chronic hypertension, disorders of circulation, ischemia, diabetes and prolonged psychological stress.

Blood Building Effect: Pantocrin is effective in fighting anemia and is able to increase levels of blood cells and hemoglobin in the body. Tests with preparations of velvet antler have shown it to increase production of both red blood cells to a higher degree and white blood cells to a lesser degree. Pantocrin facilitates utilization of oxygen by liver, brain, kidney and endocrine organs.

Stress Defense: Pantocrin is shown to be effective in treatment of mental and muscular fatigue, asthenia, neuroses, stress-related disorders, low immunity and hypotension. It also proves to be effective in helping the body to maintain homeostasis against head, cold and electric shock. Such an effect is commonly linked to pantocrin ability to decrease mast cell degranulation.

Osteoporosis Treatment and Prevention: Pantocrin prevents pathologic fractures that develop in 50% of females and 20% of males with osteoporosis via increasing bone density.

Bone Healing and Recovery from Traumatic Injury: Pantocrin increases levels of glucose in bones and stimulates faster deposition of calcium and phosphate salts into healing bones and cartilages. Moreover, nerve tissue is healed faster which can be explained by the ability to enhance glycosis to nerve tissue.

Anti-Arthritis Remedy: Pantocrin shows to reduce symptoms of arthritis as it stimulates growth and healing in all the tissues.

Recovery after Major Surgeries and Acute Infectious Disorders: Pantocrin is invaluable during recovery period where it enhances the process of healing and building back muscle mass, increasing cardiac strength.

Strengthening of Immune System: Pantocrin injections stimulate the phagocytic function of macrophages. Pantocrin increases the number of both red and white blood cells and thus helps to complement directly the ability both to resist and fight disease and hence to promote and maintain health and an associated feeling of well being.

Anti-cancer Activity: Some researches have demonstrated that velvet may have some anti-tumor effects against some forms of cancer cells.

Anti-inflammatory Effects: Pantocrin shows strong anti-inflammatory effects due to its ability to stimulate the production of white blood cells which help to fight against infections.

Reduction of Cholesterol: Pantocrin may cause the cholesterol to be filtered from the blood, thereby increasing kidney levels but lowering levels elsewhere. It is very important as high cholesterol levels are a known risk factor for heart disease.

Extracts from antlers of wild reindeer have a powerful anti-aging action, modulate sexual activity, mental alertness, muscle tone, lung efficiency, lower recovery time after exertion. The Velvet Antlers possesses high antioxidant, anti-stress, and immunomodulation activity. It activates the DNA repairing processes and contributes to gene stability. The antler products defend the body from different mutagenes - ionizing radiation, heavy metals, chemical mutagenes, viruses and others. Russians, who term velvet antlers "panty", usually take the antlers from wild reindeer, caribou (Rangifer tarandus), which is 2-4 times more potent, as compared to the farmed animals. Wild reindeer differ from other species by their high content of complex biologically active substances contributing to their survivability in the extreme conditions of the Arctic Regions of Siberia. Pharmacological potency and chemical diversity of the "panty" of these reindeer are much higher than that of other deer. Scientists are considering whether the migration of reindeers through vast territories free of industrial pollution stimulates the powerfully protective biologically active substances needed for survival in such severe Siberian climates. In caribou (Rangifer tarandus) antlers are found not only on males, but female also. This phenomenon indicates that hormonal activity is very high in this unique animal.

The composition may vary depending on the period and place of velvet antler harvesting (it is broadly stated that protein and lipids increase from the base to tip and ash decreases), place of deer growing, the way of deer growing (the researches show that the diversity (nomenclature of biologically active substances) in antlers from wild deer is 3-6 times higher. Velvet antlers of the Siberian wild reindeer are much more active than farmed animals).

More detailed overview of velvet antler's composition is shown below:

Protein: Collagen II is found in velvet. The decrease of this element can lead to both osteo- and rheumatoid arthritis.

Free Amino Acids: Velvet contains all eight essential that must be supplied by food or supplements for normal metabolism and growth. It also contains some 15 nonessential free amino acids

Other Components: The growing antler also contains fibro- and chondroblasts (cells from which connective tissue and cartilage are developed, respectively); chondro- and osteocytes (cartilage and bone cells); growth factors (GF), which include epidermal and nerve GFs, insulinlike GF I and II, and transforming alpha and beta GFs; and cytokines (an immune regulator).

Despite the fact that scientist already know a lot about velvet antlers' composition, the lack of complete understanding of the chemical and pharmacological properties of velvet antlers is still observed. This is the main obstacle to the marketing of this product. Meanwhile, Russian scientists continue their extensive scientific studies on antlers.

Velvet antlers are produce in various forms which include powders, extracts, teas, capsules, and tablets. Though, there are some restrictions for the processing technology due to the fact that beneficial properties of velvet antler can be destroyed or at least reduced by heating as it causes denaturing of the proteins. Therefore it is extremely important not to heat velvet antlers during processing. Flash-freezing and freeze-drying preserves the antler compounds in pristine condition. The essential technological advancement is required for effective delivery of velvet antler compounds into the human body to avoid loss of potency. For this purpose a special protective envelope, called a "polymer matrix," has been developed. It enables velvet antler which is a short-lived extract, to be suspended in liquid and retain its integrity and potency during its shelf life as a packaged liquid. Moreover, it allows complex proteins to pass into the bloodstream directly through the mucous membranes of the mouth. This enables complex growth factors and cofactors, such as those found in velvet antler, to bypass the digestive system and avoid degradation of the potency and effectiveness of the formula.

Dosage for adults and children over 12: 25-40 drops 30 min before food intake 2-3 times a day during 3-4 weeks. If necessary, course can be administered up to 4 times a year.

Side effects: individual intolerance (an itch, a headacke). In these cases application of a preparation should be stopped.