We Haven’t Been Zapped Out Of Existence Yet, So Other Dimensions Are Probably Super Tiny 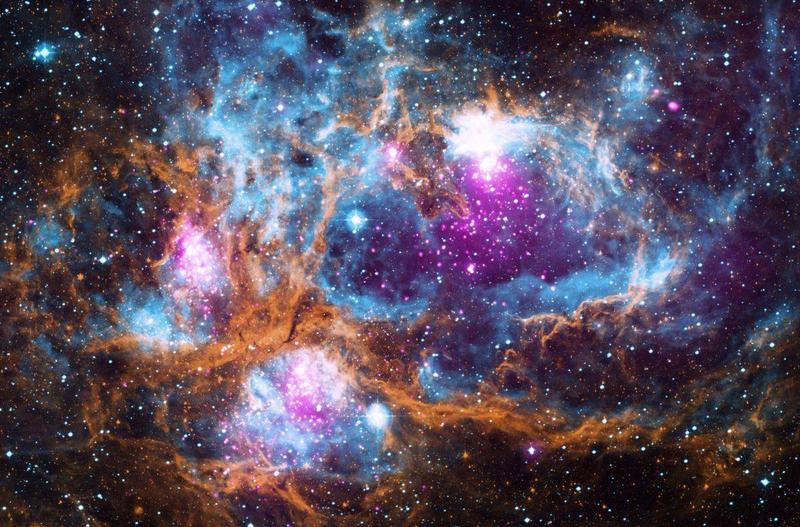 The world as we know it has three dimensions of space—length, width and depth—and one dimension of time. But there’s the mind-bending possibility that many more dimensions exist out there. According to string theory, one of the leading physics model of the last half century, the universe operates with 10 dimensions. But that raises a big question: If there are 10 dimensions, then why don’t we experience all of them or haven’t detected them? Lisa Grossman at ScienceNews reports that a new paper suggests an answer, showing that those dimensions are so tiny and so fleeting that we currently can’t detect them.

It’s difficult to completely explain the mathematics behind string theory without putting on a graduate seminar or two, but in essence dimensions five through ten have to do with possibility and include all possible futures and all possible pasts including realities with a totally different physics than those in our universe.

If two protons smash together at high enough speeds, they have the ability to create a tiny black hole that would exist for just a fraction of a second before disappearing, according to a new study, which hasn't been peer-reviewed, on the preprint server arXiv.org. The collision would open up a little bubble of interdimensional space where the laws of physics are different than ours, leading to an event known as vacuum decay. In quantum physics, vacuum decay implies that if the interdimensional space was large enough, we’d be toast. With enough gravity to interact with our world, the newly formed “Cosmic Death Bubble” would grow at the speed of light, rapidly change the physics of our universe, render it uninhabitable and effectively zap us out of existence.

“If you’re standing nearby when the bubble starts to expand, you don’t see it coming,” the study’s co-author, physicist Katie Mack of North Carolina State University, tells Grossman. “If it’s coming at you from below, your feet stop existing before your mind realizes that.”

Ultrahigh energy cosmic rays are bashing into each other all the time with enough energy to start this process. If extra dimensions were large enough to allow the death bubble to form, the researchers found, it would have happened thousands of times already. The fact that we still exist is one circumstantial piece of evidence that other dimensions are ultra-tiny. The team calculated that they must be smaller than 16 nanometers, too small for their gravity to influence much in our world and hundreds of times smaller than previous calculations, Grossman reports.

The new study comes on the tail of another study about extra dimensions published in the Journal of Cosmology and Astroparticle Physics published in July. Mara Johnson-Groh at LiveScience reports that one of the big questions in physics is why the expansion of the universe is accelerating. One theory is that gravity is leaking out of our universe into other dimensions. To test this idea, researchers looked at data from recently discovered gravitational waves. If our universe was leaking gravity through these other dimensions, the researchers reasoned, then the gravitational waves would be weaker than expected after traveling across the universe.

But the researchers found they didn’t lose any energy on their long journey, meaning other dimensions either don’t exist or are so tiny they don’t affect gravity very much, if at all.

“General relativity says gravity should be working in three dimensions, and [the results] show that that’s what we see,” physicist Kris Pardo of Princeton, lead author of the July study, tells Johnson-Groh. The latest study also concludes that the size of extra dimensions is so small that it precludes many theories about gravity leaking out of our universe.

Cosmologist Ian Moss of Newcastle University in England tells Grossman that the latest paper is thorough and he doesn’t see any glaring flaws, but there are still too many unknowns to say that the 16 nanometer limit is for certain.