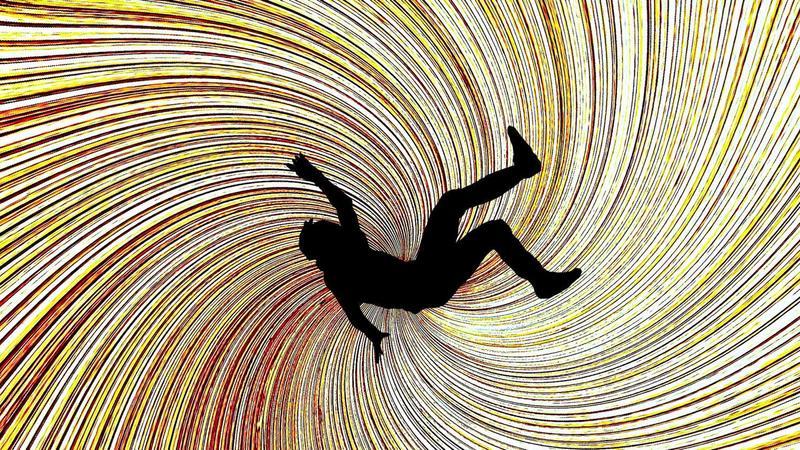 Every age believes itself to be the age of anxiety, as Auden’s famous poem first put it. But in his new book, , the neuroscientist and writer Joseph LeDoux suggests that that has never been a stronger claim to make than it is now. In the United States, fear and anxiety disorders are together the most common psychiatric problem, affecting roughly 20 percent of all Americans at a cost of more than $40 billion in lost productivity every year.

If this is the age of anxiety, LeDoux is our Lewis and our Clark: It was LeDoux who laid down the first map of what is called the brain’s “fear circuit,” the regions — centered on the amygdala and its adjacent structures — that together give rise to our ability to respond to threats and danger. But with his new book, he wants to redraw that map. After years of scientific research (and two previous books), LeDoux is convinced that, in part owing to his own work, a pervasive misconception has spread through neuroscience and trickled down to popular understanding of science, leading astray our understanding of fear and anxiety: These days, most people think that the fear circuit gives rise directly to the emotions of fear and anxiety. LeDoux is convinced it doesn’t — and that this distinction matters a great deal.

It’s easy to see how this misconception might have taken hold: Humans and animals share roughly the same brain circuitry to defend against threats, and many animal studies are used to shed light on humans’ fear and anxiety. But, LeDoux argues, the activities of this basic neural defense system do not account for the actual experience of fear, even though it has become commonplace in neuroscientific research to act as if they do, using, for instance, the instinctive, defensive behaviors of animals like fleeing or freezing to stand in for the larger, more complex phenomenon of being afraid. Rather, anxiety and fear arise only after the brain’s threat system has unconsciously picked up and responded to the first scent of danger — and not from any one single part of the brain, but from many.

What’s more, for the purpose of scientific study, LeDoux believes it is crucial to regard the feeling of fear and anxiety as fundamentally human experiences. Only humans — can we say with certainty — wake up at night and fret about their savings account, and whether or not their lives are meaningful. Therefore it’s no longer enough to look to animal models in the hope that they can solve the deeply human predicament that Freud himself called “the riddle of anxiety.” Instead, a more expansive account of fear and anxiety is needed — one that includes its special, and especially human, properties.

For a man whose life is dedicated to the study of fear and anxiety, LeDoux himself is in some sense a surprise: A low-key Louisianan, he’s soft-spoken and vaguely melancholic. The day we met, he was dressed in straw hat, plaid shirt, and flip-flops, a graying soul patch in its usual place beneath his lower lip. When he’s not busy in his lab at New York University, overseeing scores of white rats (and a few brown mice), he serves as singer, songwriter, and guitarist for his band the Amygdaloids, named for the amygdala, the brain region that is the centerpiece of his scientific contributions. Their new album, Anxious, was released the same day as his book. Sample lyric: “It’s easy to test how neurons work / How we see and hear, how muscles jerk / But it’s a hard mystery / To understand what it is to be.” Yet it is exactly these grand questions that LeDoux has in his sights.

LeDoux began his career in science working under the neuroscientist Michael Gazzaniga, well-known for his research on “split brain” patients, that is, patients whose left and right hemisphere are disconnected from one another in a surgical procedure designed to help control severe epilepsy. These individuals’ brains are unable to integrate information from both sides in the usual way — in experiments with split brain patients, it was possible to present information to only one half of the brain (by flashing it to only eye, and not the other) and watch as the other half struggled to create an elaborate story to explain away the behaviors it had no conscious awareness of having performed. For instance, if a humorous prompt were shown to the right hemisphere of the brain, the patient would burst out laughing, yet not know why. Instead of confessing their confusion, they would rush to say something like, “You guys are so funny.” LeDoux saw firsthand in these studies the brain’s tenacious need to cook up narratives to explain itself to itself. “The idea is that what’s consciousness does,” LeDoux says. “It creates these explanations or ideas about behavior.”

That early observation is foundational to what LeDoux now believes about why we experience emotions like fear and anxiety. In the face of danger, the brain kicks into defense mode, detecting the threat faster than our conscious awareness can ever operate, and sending a host of marching orders throughout the brain and the body, readying all systems to take action. It’s only after this process has begun that the emotions of fear and anxiety rise into consciousness — and only if, LeDoux says, “you have a brain that can be conscious of its own activity,” a brain with the “ability to conceptualize all of that, to label it linguistically, and to integrate it with thoughts and memories.” In other words, fear and anxiety are not wired into the brain as basic responses to the world around us — rather, the responses that lead to them are, and they only coalesce into fear when the brain interprets them as such.

The problem, for LeDoux, is that in science, it has become widespread practice to act as if there’s little or no divide between instinctive threat responses and the feelings of fear and anxiety themselves. He believes fear and anxiety are distinct phenomenon, with origins elsewhere, requiring contributions from a host of regions, including those integral to the complex functions of language and memory. To feel afraid is to be conscious of fear — so the question of where exactly feelings like fear and anxiety arise in the brain is intimately tied to nothing less than the ongoing mystery of how our brains pull off the great feat of consciousness itself.

LeDoux’s quest, therefore, tangles with the big questions in science — but, according to him, results from a small miscalculation. “The mistake I made was a semantic one — the mistake was to label the amygdala as part of the ‘fear circuit.’ And that has led to all kinds of bad consequences in the field.” A better name might have been “defensive survival circuits,” but by applying the word fear to the defense circuitry he spent so much of his career delineating, LeDoux says he helped to contribute to the confusion between completely different systems in the brain.

For LeDoux, the consequences are clear: We don’t yet understand as much as we could if our basic language for describing fear and anxiety were sturdier and more exact. In a recent New York Times op-ed piece, the psychiatrist Richard Friedman writes, “With few exceptions, every major class of current psychotropic drugs — antidepressants, anti-psychotics, anti-anxiety medications — basically targets the same receptors and neurotransmitters in the brain as did their precursors, which were developed in the 1950s and 1960s.” As LeDoux notes in his book, drug companies are increasingly pulling out of the anxiety business, believing that the drugs they’ve designed aren’t working. “But the drugs are doing exactly what they’ve designed them to do,” he says, targeting the “fear circuit,” but not fear itself. “And it’s all because of the language,” LeDoux adds. “Fear and anxiety: we think of these as feelings we want to fix in people. And yet, we’re not actually studying fear and anxiety.”

LeDoux believes that his vision of fear and anxiety has implications not only for drug development but as well as for psychotherapy. If — to rephrase Kierkegaard — anxiety is the price humans pay for freedom, LeDoux thinks that that cost can be reduced by incorporating a more sophisticated understanding of the brain into the psychological treatment of fear and anxiety disorders. Because there are both conscious and unconscious processes at work when anxiety spirals out of control, LeDoux believes that effective treatments would have to engage differently on each level — the whirling subliminal, automatic circuitry that patients aren’t even aware of needs to be subdued before the second-step project of addressing the higher level of conscious thoughts and feelings can begin.

LeDoux is well aware that in his struggle for precision and clarity, he’s taking on a serious challenge. It’s no easy task to undo decades of common usage. “Not everyone is happy with this,” he says, but “as a scientist you have some obligation to get as close to the truth as you can, and nothing gets in the way of truth as much as language does.”