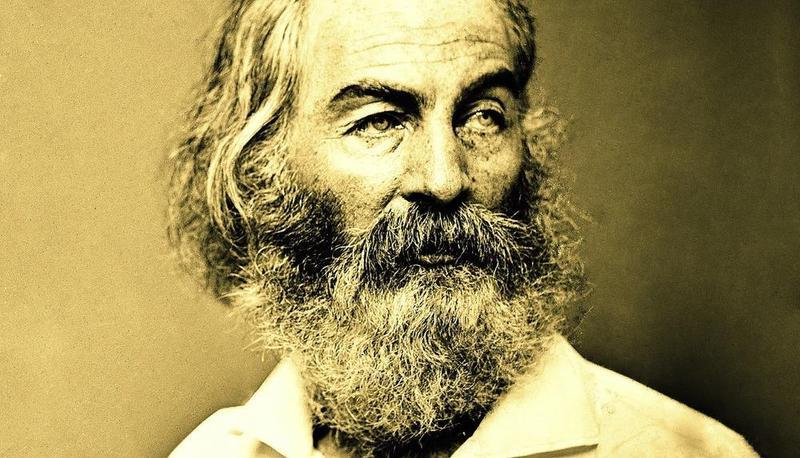 American poet Walt Whitman is most famous for penning "Leaves of Grass," his collection of poetry that includes such classics as "O Captain, My Captain!" (his tribute to Abraham Lincoln), "Song of Myself" and "I Sing the Body Electric." But a graduate student from the University of Houston recently uncovered a series of advice columns written by the 19th-century poet, and the suggestions were surprisingly similar to health advice you might read today.

Eat lean meat. Wear comfortable shoes. Get up and move around throughout the day.

These are just a few of the health tenets that Whitman shared in his columns under the series, "Manly Health and Training." The series, which Whitman wrote under the pseudonym Mose Velsor, was recently discovered by grad student Zachary Turpin in a standard search for Whitman prose under some of his commonly used aliases.

Turpin told NPR that there was little doubt that the series was written by Whitman. There had been references to the work found in many of the poet's previously discovered notebooks. And the columns were written under a pseudonym that Whitman frequently used for other writing.

Turpin conducted a search for "Mose Velsor" and found a brief reference to a series on "manly health" in The New York Daily Tribune that was about to appear in The New York Atlas. Turpin ordered microfiche of the relevant back-issues of the Atlas and was surprised to find that "Manly Health and Training" was a series written in 13 installments that covered topics ranging from footwear to exercise to diet.

Modern-day paleo devotees may recognize this advice: “Let the main part of the diet be meat, to the exclusion of all else," Whitman wrote, adding "potatoes, are to be turned away from."

Whitman also recommended regular baths, comfortable shoes, dancing as a form of exercise, and frequent movement throughout the day (in words that could be used in an ad for treadmill desks):

“To you, clerk, literary man, sedentary person, man of fortune, idler, the same advice,” he declared. “Up!”

Whitman's "Manly Health and Training" has been republished in the "Walt Whitman Quarterly Review."