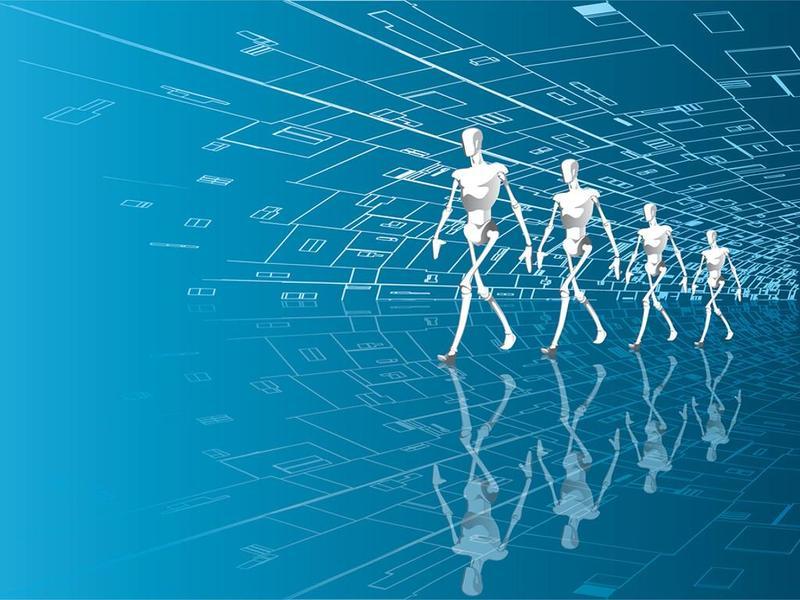 Most of us experience some level of stress and anxiety in our lives. It can be relatively mild or extremely severe and debilitating — or anywhere along the spectrum. Some examples include general stress at work, relationship issues, fears and phobias, depression and other anxiety disorders, including post-traumatic stress disorder (PTSD).

An estimated one in five people in the U.S. have a diagnosable mental disorder. Even those who don’t can still experience significant stress and anxiety. Psychological conditions and mental health disorders affect our daily lives, and cost an estimated $467 billion in the U.S. in lost productivity and medical expenses ($2.5 trillion globally).

For many disorders, there are highly effective treatments that don’t require drugs. But many doctors still tend to over-prescribe medications that are either not effective, have disturbing side effects or are completely unnecessary.

Part of the problem is a lack of specific training of family physicians in mental health, combined with the difficulty to find and access qualified mental health practitioners. While severe disorders may still require pharmacological intervention, techniques such as cognitive behavioral therapy (CBT) and exposure therapy (ET) are highly effective in conditions such as anxiety disorder, panic disorder, phobias, PTSD and obsessive compulsive disorder (OCD) when administered by a qualified practitioner.

Virtual reality (VR) has been used for decades as a tool for therapists to administer virtual reality exposure therapy (VRET) in a safe and controlled manner. Due to cost and technology limitations, it has not been widely available, to date. With the advent of affordable mobile VR headsets, such as the Gear VR, there is a new opportunity to apply telemedicine to decentralize mental health treatment, reaching more patients and improving lives around the world.

A key challenge today is the lack of clinical evidence and data to support if and how VR can be used to administer effective treatment both in the clinic (expanded use) and remotely. Companies wishing to penetrate this market will need to conduct well-designed, randomized, controlled, properly powered clinical studies in order to change or influence treatment paradigms. There will undoubtedly be a flood of VR apps in the coming months and years attempting to solve these mental health issues.

Some examples might include remote teletherapy by qualified practitioners who use VR as a supplementary tool, in-clinic VR therapy, virtual therapists created using artificial intelligence or patient-directed VR therapy in the absence of a professional therapist. It remains to be seen which options can deliver real, effective and sustaining treatment to mental health patients across the world, or even people with no diagnosable disorder who want to reduce generalized stress and anxiety in their lives.

Briefly, CBT is a psychotherapeutic treatment administered by a therapist trained in mental health disorders and specifically in CBT. Patients typically attend a limited number of sessions that focus on a specific problem, helping the patient identify, recognize and change disturbing thought patterns and feelings that are leading to negative or destructive beliefs and behaviors. There often is an avoidance behavior that stems from the anxiety.

For example, if a person spends a lot of time thinking about plane crashes and accidents, they might avoid air travel. Or if they worry about how others perceive them in public, they may avoid social situations and become isolated, leading to depression and other issues.

CBT can be thought of as a set of tools one can use to overcome these limitations, providing a way to cope with their thoughts and feelings effectively. CBT goes hand in hand with ET, which gradually encourages patients to face the troubling thoughts and fears directly. Over time, this effectively lowers the peak anxiety the person experiences when they are exposed to whatever causes the anxiety.

Virtual reality is now convincing enough to simulate many of these anxiety-inducing stimuli, and is a safe, controllable and effective way to conduct various types of ET and CBT. Although ET is an obvious fit with VR, there are many other psychiatric conditions, such as childhood developmental disorders and autism, where VR may play a more dominant role in the future.

Virtual reality has been used fairly extensively to deliver prolonged exposure therapy (PET) for PTSD since the 1990s, mostly for the treatment of soldiers and war veterans. Dr. Albert “Skip” Rizzo, director of Medical Virtual Reality at the Institute for Creative Technology at the University of Southern California, is a leader in this field. His application, called Bravemind, was developed in partnership with Virtually Better, who sells the product to institutions around the world.

The Canadian government purchased two copies of this software in 2014 for $17,000 each. The system consists of various components, such as the VR environment, which is controllable and customizable, a vibrotactile platform, which delivers sensations associated with explosions and firefights and even a scent machine, which can emit smells like diesel fuel, garbage and gunpowder at specific times during the simulation to increase immersion. There have been a number of clinical studies (completed and ongoing) that investigate the safety and effectiveness of Bravemind.

A recently published study found that the VR therapy alone was as good as a combination of drug therapy and VR therapy. In fact, one of the drugs studied led to a worse outcome for patients. There is another clinical trial ongoing that is investigating the use of Bravemind VR therapy in military sexual trauma.

Military funding has allowed rigorous studies to be conducted. However, smaller private companies developing VR therapy applications with limited budgets must still demonstrate clinical efficacy if they hope to penetrate this market. I have spoken with one such company operating in the Netherlands who is attempting to tackle PTSD in a different, but scientifically based, way.

The market for improving mental health through the use of VR has been well established based on decades of scientific research. However, this market is still in some ways in its infancy as the technology to date has not been advanced enough to allow massive patient access across the world.

Still, the majority of companies working in this space are focusing on developing clinical tools used by professional therapists to help them treat patients in person. Will the technology become good enough to enable safe, effective treatment in the absence of a professional therapist or clinician?Will we see increased diagnosis and treatment of patients, resulting in societal health and economic benefits?

In a few years’ time there should be a lot more data available from clinical studies to properly evaluate these new treatment modalities in different psychiatric conditions. Until then, we are bound to see an explosion of apps making all sorts of different claims — some supported by data and some yet to be validated.

by Alex Senson For Tech Crunch