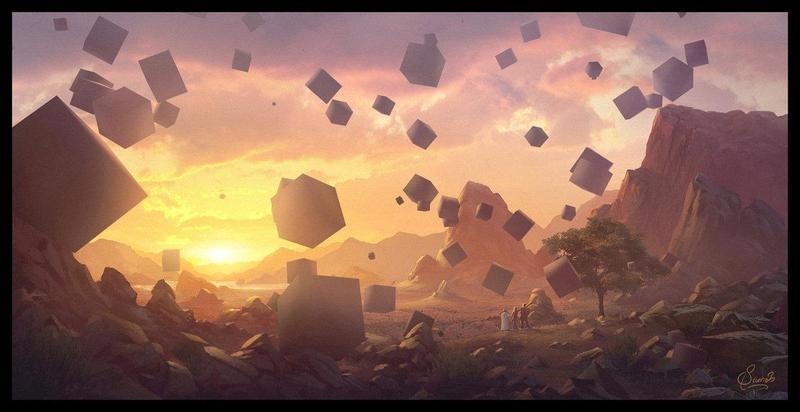 Scientists have long dreamed of using acoustic levitation to float objects, but there has been one big catch: you couldn't lift an object larger than the wavelength without being picky about what you're lifting. However, it might not be a problem going forward. Researchers in Brazil and the UK have successfully levitated a polystyrene ball 3.6 times larger than the ultrasonic waves holding it up. The trick was to create a standing wave in the gap between the transducers and the object, instead of the usual pressure node between the transducer and a reflector. You can change the angle and number of transducers without messing with the effect, and it finally creates both horizontal and vertical lift -- you don't need physical support to prevent the object from drifting sideways.

The technology only works with stationary objects at the moment. Sorry, folks, you won't see ultrasonic hovercars any time soon. Levitation that can manipulate large objects is on the cards, though, and it shouldn't be limited to specific shapes or sizes. You could eventually see this used to hold on to liquid in space, or to study very hot objects (say, molten metal) that you wouldn't dare touch.

When placed in an acoustic field, small objects experience a net force that can be used to levitate the objects in air. In a new study, researchers have experimentally demonstrated the acoustic levitation of a 50-mm (2-inch) solid polystyrene sphere using ultrasound—acoustic waves that are above the frequency of human hearing.

The researchers, Marco Andrade and Julio Adamowski at the University of São Paulo in Brazil, along with Anne Bernassau at Heriot-Watt University in Edinburgh, UK, have published a paper on the acoustic levitation demonstration in a recent issue of Applied Physics Letters.

As the researchers explain, the angle and number of transducers can be changed, and this does not interfere with the setup's ability to levitate a large object. The ability to levitate the large sphere occurs because the three transducers produce a standing wave in the space between the transducers and the sphere. In previous methods, small objects are levitated by being trapped at the pressure nodes of the standing wave, but this is not the case here.

"In a typical acoustic levitation device, a small particle can be levitated at the pressure node of a standing wave formed between the transducer and a reflector," Andrade explained. "Instead of trapping the object at the pressure node, the key to levitating an object larger than the acoustic wavelength is to generate a standing wave between the transducer and the object."

Although this strategy is based on earlier work, the tripod arrangement used here provides greater 3D stability.

"The idea of levitating an object larger than the acoustic wavelength was based on the paper of Zhao and Wallaschek," Andrade said. "In their paper, they showed that a large planar object can be levitated by generating a standing wave between the object and the transducer. However, their setup was only capable of providing vertical acoustic forces, and they used a central pin in contact with the object to prevent it from escaping laterally. By using three ultrasonic transducers in a tripod configuration, we obtain vertical and lateral acoustic forces. Consequently, we can levitate an object larger than the acoustic wavelength without any contact with external surfaces."

Using the new method, the researchers demonstrated that the sphere could be levitated to a height of about 7 mm, or approximately half the wavelength of the acoustic waves. They predict that the method can be used to levitate even larger spheres, and can also be extended to levitate objects of different shapes and sizes and at different positions.

"At the moment, we can only levitate the object at a fixed position in space," Andrade said. "In future work, we would like to develop new devices capable of levitating and manipulating large objects in air."