This Popular Cleaner Poisons Your House! It Contains 146 Toxic Chemicals that Cause Cancer 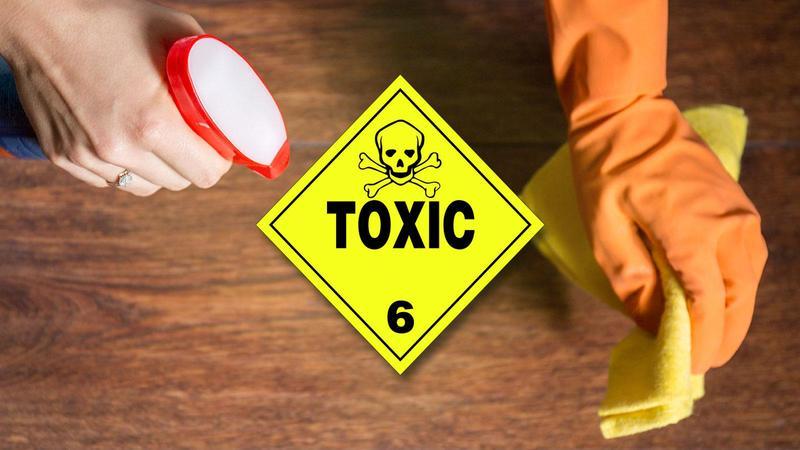 Commercial cleaning products have been linked to neurological problems, cancer, blindness, and asthma. Many are extremely poisonous.

Did you know that the EWG found one hundred and forty six chemicals in your household cleaner? The most toxic of the chemicals found included: formaldehyde, benzene, chloroform and toluene, (and are NOT listed on the label).

Lax labeling requirements mean that schools often don't know what they're purchasing. Many would be alarmed to learn that when used as directed, Comet Disinfectant Powder Cleanser, a product commonly used in both schools and private homes, released more than 100 air contaminants, including chloroform, benzene, and formaldehyde.

Tests found that Comet released 146 Air Contaminants — more than any other product tested — even though only 6 ingredients were actually disclosed on the product label, including seven chemicals on California’s Prop 65 List as Known to Cause Cancer and Reproductive Toxicity, as well as hormone disruptors, reproductive toxins, asthmagens, allergens, brain and nervous system toxins:

1. Formaldehyde, (a chemical known to cause cancer under CA law; a known human carcinogen under the International Agency for Research on Cancer (IARC); a known human system toxin under the National Library of Medicine of the National Institutes of Health (NIH); known human respiratory toxin per the EPA; studies show as a reproductive/developmental toxin, asthmagen, and allergen)

3. Acetaldehyde, (carcinogen by Prop 65 law; known human respiratory toxin according to the EPA; known human immune system toxin per the National Library of Medicine of the NIH)

6. 1-Chloro-2,3-Epoxypropane, (this petroleum based chemical is listed as a known human immune system toxin per the National Library of Medicine of the NIH; Proposition 65 states that there is strong evidence it is a reproductive toxin; the European Commission on Hormone Disruptors provides there is strong evidence it is a human endocrine disruptor; the EPA, the IARC, the National Toxicology Program of the NIH and the California EPA, the European Union, and Canada, all list it as a possible carcinogen. It is also designated as a known human respiratory toxin in accordance with the EPA’s regulation of Hazardous Air Pollutants).

7. N-Ethyl-N-Nitroso-Ethanamine, (reasonably anticipated to be a human carcinogen under the National Toxicology Program of the NIH; probable human carcinogen per the EPA, and Cal Prop 65 law; toxic under the EPA’s Toxic Release Inventory; mutagenic to DNA.

In response to these concerns, many schools have turned to safer cleaning supplies that have been independently certified to meet protective health and safety standards. Eight states have passed legislation requiring or encouraging use of these green cleaning products in schools. Many other forward-thinking school districts have adopted green cleaning policies, replacing toxic products with safer, effective alternatives with no increase in costs.

Don’t expose yourself to toxins that may cause brain damage. You can easily make your own cleaning products.