This Herbal Tea Kills Cancer Cells Without Damaging Your Body 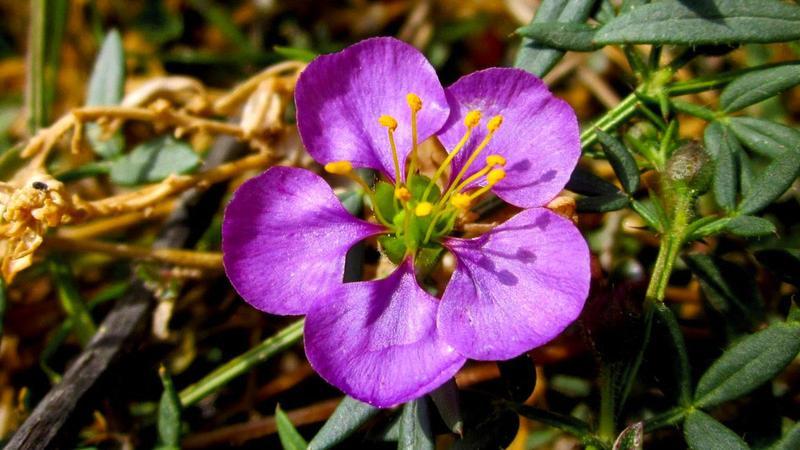 More than 80 percent of all cancers in the world today are initiated by toxins which cause failures in the regulation of the cell cycle starting with the formation of cells and ending with programmed cell death. So, what if there was a herbal tea extracted from a plant that exhibited anti-cancer properties and interfered with this process, making it impossible for cancer to grow?

The regulation of this cell cycle is achieved by a protein which is a natural tumor suppressor and is in charge of ordering human cells to die when they come to the end of of their life, a process known as apoptosis. For many factors, mainly DNA damage, sometimes the protein fails, and the tumor cells that were suppose to die in this natural cell cycle continue growing in the form of tumors and their malignant form, cancer. For that reason, finding active constituents and molecules that would help to activate this protein has been in the scope of scientists for quite some time.

Over 50% of chemotherapeutic drugs which are in use today are derived from compounds obtained plants. The biggest difference is that the plants are a perfectly balanced part of nature and interact in unison with the human digestive system. Chemotherapy drugs on the other hand are artificially created in a lab, and ultimately cause homeostatic dissonance within the human body.

Herbal tea compounds have long been suggested to have health benefits, with previous research suggesting compounds like epigallocatechin-3-gallate (EGCG) in green tea could have benefits for various cancers, including oral cancer, breast cancer, and prostate cancer. However the health benefits of many such teas remain firmly planted in ‘folklore’ with very little evidence to back up the claims of benefit made by ancient and traditional eastern medicine. In recent years, however, researchers from Aston University and Russells Hall Hospital in the UK found that , a type of herbal tea that is popular Pakistan, may offer benefits for women with breast cancer, because it possesses the rare ability to kill cancer cells without damaging cells or tissue surrounding a tumour.

Writing in the journal PLoS One, in a study entitled An Aqueous Extract of Fagonia cretica Induces DNA Damage, Cell Cycle Arrest and Apoptosis in Breast Cancer Cells via FOXO3a and p53 Expression, the UK-based researchers noted that the plant — sometimes known as Virgin’s Mantle — has long been used in rural Pakistan to help women with breast cancer. The lab based findings suggest the Fagonia cretica plant, found in arid, desert regions of Pakistan, India, Africa and parts of Europe, contains potential anti-cancer agents acting either independently or in combination against breast cancer cell proliferation.

Professors Helen Griffith (of Aston University) and her team’s data revealed “for the first time” that an aqueous extract of Fagonia cretica can bring on cell cycle death via p53-dependent and independent mechanisms, “with activation of the DNA damage response… We also show that FOXO3a is required for activity in the absence of p53,” said the researchers. “Our findings indicate that Fagonia cretica aqueous extract contains potential anti-cancer agents acting either singly or in combination against breast cancer cell proliferation via DNA damage-induced FOXO3a and p53 expression.”

Professor Griffith and Professor Amutul Carmichael, who co-lead the study, stated that their further aim is to identify which element or elements of the plant are responsible for killing the cancer cells with a view to eventually beginning research in people with cancer. “More research is needed to establish the role of the extract in cancer management, and it now needs to be demonstrated that this extract is as effective in killing cancer cells inside the body as it is in the laboratory ,” said Griffith.