This Ancient Remedy May Be the Ultimate Antibiotic Solution 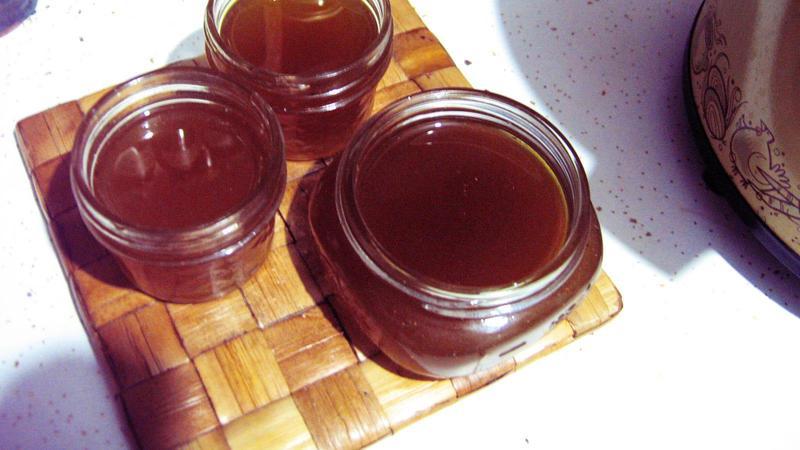 Bald’s eyesalve, which is made from wine, garlic, leek, onion or another Allium species and ox gall (bile from a cow’s stomach), was used to treat eye infections 1,000 years ago. The salve killed up to 90 percent of methicillin-resistant Staphylococcus aureus (MRSA). It was the precise combination of the ingredients, rather than the elements working individually that was proven to be effective against bacteria, including drug-resistant superbugs.

Every year, 700,000 people worldwide die from drug-resistant illnesses like bacterial infections, malaria, HIV/AIDs and tuberculosis. It's estimated that by 2050 antibiotic resistance will have killed 300 million people, with the annual global death toll reaching 10 million. The cost for treatment, meanwhile, is estimated to hit $100 trillion by 2050.

Clearly, alternatives to antibiotics are needed — and fast. It's been estimated that the pharmaceutical industry will need upwards of $37 billion over the next decade to replace antibiotics that no longer work.

But drug companies have little financial incentive to innovate new antibiotics, so unless taxpayers end up footing the bill, it's unlikely that such products will enter the market anytime soon. Perhaps looking to create new drugs isn't where all of our hopes should lie, however.

Medievalists are now working alongside microbiologists, chemists, pharmacists and others to determine whether "ancientbiotics" — natural formulas used to treat ills during the so-called "Dark Ages" of medicine — may still hold promise of cure today.

The "Ancientbiotics team" is compiling a database of ancient medicinal recipes from a 15th century text known as "The Lily of Medicines." They've even tested some of them for efficacy, with striking results. Erin Connelly, a post-doctoral fellow at the University of Pennsylvania libraries, explained:

"In response to this threat to global health, the Ancientbiotics team was formed.

Originally based at the University of Nottingham, the team is an interdisciplinary group from the Arts and Sciences microbiologists, medievalists, parasitologists, wound specialists and pharmacists, who are united by the belief that novel avenues of antibiotic discovery are crucial, along with the shared conviction that the past can inform the future."

About 1,000 years ago, if you had an infection of your eyelash follicle (then known as a wen), you might have been treated with a potion called Bald's eyesalve, which is made from wine, garlic, leek, onion or another Allium species and ox gall (bile from a cow's stomach).

The mixture was to be stored in a brass vessel for at least nine days prior to use. Individually, many of these ingredients, including not only garlic but also copper and bile salts, are known to have antibacterial activity, which led the researchers to suspect the mixture would have a small amount of antibiotic activity.

Researcher Freya Harrison, Ph.D., assistant professor at the University of Nottingham, said in a press release, however, that "we were absolutely blown away by just how effective the combination of ingredients was."

They tested the salve on Staphylococcus aureus in synthetic wounds as well as on methicillin-resistant Staphylococcus aureus (MRSA) in mice wounds, with results showing it killed up to 90 percent of the resistant bugs. It was the combination of the ingredients that proved to be so effective. According to the researchers:

"While the antibiotic potential of some materials used in historical medicine has been demonstrated, empirical tests of entire remedies are scarce. This is an important omission, because the efficacy of 'ancientbiotics' could rely on the combined activity of their various ingredients.

This would lead us to underestimate their efficacy and, by extension, the scholarship of premodern doctors. It could also help us to understand why some natural compounds that show antibacterial promise in the laboratory fail to yield positive results in clinical trials.

We have reconstructed a 1,000-year-old remedy which kills the bacteria it was designed to treat and have shown that this activity relies on the combined activity of several antimicrobial ingredients.

Our results highlight (i) the scholarship and rational methodology of premodern medical professionals and (ii) the untapped potential of premodern remedies for yielding novel therapeutics at a time when new antibiotics are desperately needed."

The Disease-Fighting Properties of Garlic and Leeks

It's impressive that the disease-fighting properties of the allium family of vegetables were known long before it was possible to identify their exact antibacterial properties. The recipe for Bald's eyesalve came from "Bald's Leechbook," which is considered to be one of the earliest known medical textbooks.

Today we know that garlic has antibacterial, antifungal, antiviral and antiparasitic properties. The combination of biochemicals in garlic, including tannins, saponins, phenols, flavonoids, and essential oils, has clealry been found to fight antibiotic-resistant bacteria. Some of the superbugs killed by garlic were resistant to more than 10 different antibiotics.

Researchers wrote in the Asian Pacific Journal of Tropical Biomedicine, "Natural spices of garlic … possess effective anti-bacterial activity against multi-drug clinical pathogens and can be used for prevention of drug resistant microbial diseases."8 Like garlic, leeks also have sulfur-containing compounds, such as allicin, which are responsible for many of their health benefits.

Allicin is antibacterial, antiviral and antifungal, for instance, and in addition to warding off antibiotic-resistant superbugs, this compound may also neutralize dangerous free radicals faster than any other known compound.

Silver has been used medicinally since ancient times, including in ancient Egypt, Greece and Rome. It's often referred to as the world's oldest antibiotic for this reason. Hippocrates was actually one of the first to describe its antimicrobial properties in 400 B.C.

Long ago, people would store their food in silver vessels to prevent contamination, and during the Middle Ages wealthy people would eat with silver utensils to reduce the risk of illness (this is why eating utensils are often referred to as silverware).10 Over the past few years, several studies have demonstrated the fact that silver is indeed one of the most effective agents in the battle against antibiotic-resistant superbugs.

In 2013, a study even found that low doses of silver can make antibiotics up to 1,000 times more effective and may even allow an antibiotic to successfully combat otherwise antibiotic-resistant bacteria.11

By adding a small amount of silver to an antibiotic, a powerful synergism occurred, and a urinary tract infection caused by tetracycline-resistant E. coli was successfully eradicated. Silver also helped save the lives of 90 percent of mice suffering with a life-threatening abdominal inflammation by adding it to the antibiotic vancomycin.

Why Silver May Work Against Antibiotic-Resistant Disease

Silver interferes with bacteria's metabolism, increasing production of reactive oxygen species (ROS), which are products of normal metabolic processes in your body that, in excess, can damage cell membranes and DNA.

Many antibiotics are believed to kill bacteria by producing ROS compounds, and researchers found that adding a small amount of silver boosted the antibiotic's ability to kill anywhere from 10 to 1,000 times more bacteria. In addition, silver makes the bacteria's cell membrane more permeable.

This may explain the beneficial effect of silver on gram-negative bacteria, the cells of which are often impenetrable to antibiotics due to the molecular size of the drugs.

As for toxicity, the researchers of the 2013 Science Translational Medicine study found that the doses of silver required were far smaller than the dose needed to harm either mice or cultured human cells, suggesting that oral and injectable silver should be quite safe. That said, quality is extremely important, as misrepresentation of colloidal silver by less scrupulous manufacturers has in the past led to some of its more negative connotations.

According to a commercial product report by silver-colloids.com, a site that provides detailed laboratory analyses of colloidal silver products, there are three distinctly different types of silver products on the market that are all labeled and sold as "colloidal" silver:

When purchasing colloidal silver, it's very important to avoid silver protein formulas. True colloidal silver seems to be the most recommended, but ionic silver could probably also be used. In the aforementioned study, they used ionic silver (Ag) in a silver nitrate salt (AgNO3) which, again, was found to be quite non-toxic in animals and human cell cultures.

Substantial antimicrobial activity was found at 30 microns (μM) against E. coli. If you take products according to the manufacturer's recommended dosage, ionic silver will not cause argyria.

How to Stay Safe as Drug Resistance Spreads

may be a valuable addition to your medicine cabinet, as may be many other ancient remedies that researchers are beginning to rediscover.

On a broader scale, however, the problem of antibiotic resistance really needs to be stemmed through public policy on a global level, including improving sanitation and eliminating the unnecessary use of antibiotics in agriculture and human medicine. That being said, the more people who get involved on a personal level, the better. Such strategies include:

Using antibiotics only when absolutely necessary

Antibiotics are typically unnecessary for most ear infections, and they do NOT work on viruses. They only work on bacterial infections and, even then, they're best reserved for more serious infections.

Taking an antibiotic unnecessarily will kill off your beneficial gut bacteria for no reason at all, which could actually make it more difficult for you to recover from your illness. If you do take a course of antibiotics, be sure to reseed your gut with healthy bacteria by eating fermented foods or taking a supplement.

As an all-around preventive measure, make sure your vitamin D level is optimized year-round, especially during pregnancy, along with and tea tree oil.

Manuka honey can also be used for topical applications, as it's effective against many bacteria, including some resistant varieties, such as MRSA.

This includes items such as antibacterial hand sanitizers and wipes, toothpaste, deodorants and detergents, as these too promote antibiotic resistance.

Properly washing your hands with warm water and plain soap, to prevent the spreading of bacteria

Be particularly mindful of washing your hands and kitchen surfaces after handling raw meats from CAFOs, as about half of all meat sold in grocery stores around the U.S. is likely to be contaminated with potentially dangerous bacteria.

Reducing the spread of antibiotic-resistant bacteria is a significant reason for making sure you're eating only grass fed, organically raised meats and animal products.

Besides growing and raising your own, which may not be an alternative for most people, buying your food from responsible, high-quality and sustainable sources is your best bet, and I strongly encourage you to support the small family farms in your area.