Thinking About Psychic Powers Helps Us Think About Science 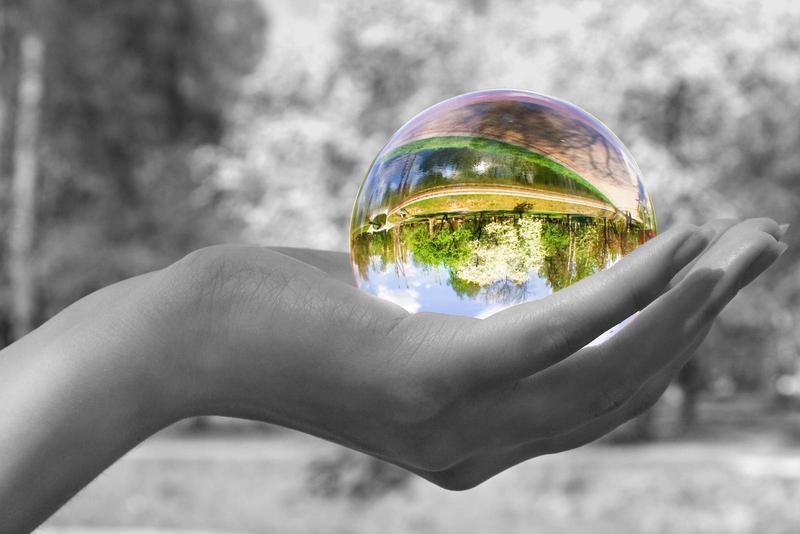 WHEN I WAS twelve years old, I was fascinated by psychic powers.

Who wouldn’t be? It’s a provocative notion, to be able to reach out and push things around, hear what other people are thinking, or tell the future, all just by using your mind.

I read everything I could find about ESP, telekinesis, clairvoyance, precognition—the whole gamut of mental abilities that stretched beyond the ordinary. I was a big fan of comic books, where all the heroes were endowed with superpowers, but also of science-fiction and fantasy stories, not to mention straightforwardly “scientific” accounts of what purported to be evidence for human capabilities beyond the normal. I wanted to penetrate the mystery, figure out how this kind of thing could really work.

So eventually I decided on the obvious course of action—I would perform my own experiments. I started with small things like dice and coins, placed carefully on a smooth tabletop. Then I just … thought at them. I concentrated as hard as I could, trying to push the little trinkets across the table with the sheer force of my mind. Sadly, nothing. I switched to easier targets: tiny scraps of paper that shouldn’t require as much force to get moving. In the end I had to admit it: maybe some people were able to push things around just by thinking, but I wasn’t one of them.

As experiments go, this wasn’t the most careful one ever performed. But it was convincing to me at the time. I gave up on the idea that I could move things around with my mind, and became pretty skeptical of anyone else who claimed to have such powers.

A great deal of investigation, more professional than mine, has gone into evaluating the possibility of psychic or paranormal phenomena. J. B. Rhine, a professor at Duke University, famously carried out a long series of tests that concluded that psychic powers were real. His studies were extremely controversial; many attempts to replicate them failed, and Rhine was criticized for having lax protocols that would allow subjects to cheat on his tests. Today, parapsychology is not taken seriously by most academics. The magician and skeptic James Randi has offered a million dollars to anyone who can demonstrate such abilities under controlled conditions; many have tried to claim the prize, but to date no one has succeeded.

And nobody ever will succeed. Psychic powers—defined as mental abilities that allow a person to observe or manipulate the world in ways other than through ordinary physical means—don’t exist. We can say that with confidence, even without digging into any controversies about this or that academic study.

The reason is simple: what we know about the laws of physics is sufficient to rule out the possibility of true psychic powers.

That’s a very strong claim. And more than a little bit dangerous: the trash heap of history is populated by scientists claiming to know more than they really do, or predicting that they will know almost everything any day now:

“ probably nearing the limit of all we can know about astronomy.” — Simon Newcomb, 1888

“The more important fundamental laws and facts of physical science have all been discovered.” — Albert Michelson, 1894

There is a 50% chance that “we would find a complete unified theory of everything by the end of the century.” — Stephen Hawking, 1980

My claim is different. (That’s what everyone says, of course—but this time it really is.) I’m not claiming that we know everything, or anywhere close to it. I’m claiming that we know some things, and that those things are enough to rule out some other things—including bending spoons with the power of your mind. The reason we can say that with confidence relies heavily on the specific form that the laws of physics take. Modern physics not only tells us that certain things are true, it comes with a built‑in way of delineating the limits of that knowledge—where our theories cease to be reliable.

My twelve-year-old self wasn’t really being overly optimistic, given his knowledge at the time. The idea that our minds can reach out and influence or observe the outside world seems completely plausible. We see things in one place affecting things far away every day. I pick up a remote control, push some buttons, and my TV comes to life and changes channel. I pick up a phone and suddenly I’m talking to someone thousands of miles away.

The human mind is a mysterious thing. It’s not that we know nothing about it; wise people have been contemplating the mind’s workings for thousands of years, and modern psychology and neuroscience have added considerably to our understanding. Still, it’s fair to say that there are more looming questions than settled facts. What is consciousness? What happens when we dream? Where do experiences of awe and transcendence come from?

So why not psychic powers? We should be properly skeptical, and try to determine through careful testing whether any particular claim actually holds up to scrutiny. Wishful thinking is a powerful force, and it makes sense to guard against it. But it’s important to be honest about what we know and what we don’t. On the face of it, reading minds or bending spoons doesn’t seem any crazier than talking over a telephone, and maybe less crazy than many of the triumphs of modern technology.

There is a wide gap between admitting that we don’t know everything about how the mind works and remembering that whatever it does, it needs to be compatible with the laws of nature. There are things we don’t understand about, for example, treating the common cold. But there is no reason to think that cold viruses are anything other than particular arrangements of atoms obeying the rules of particle physics. And that knowledge puts limits on what those viruses can possibly do. They cannot teleport from one person’s body to another one, nor can they spontaneously turn into antimatter and cause explosions. The laws of physics don’t tell us everything we might want to know about how viruses work, but they tell us some things.

Those same laws tell us that you can’t see around corners, or levitate through sheer force of will. All of the things you’ve ever seen or experienced in your life—objects, plants, animals, people—are made of a small number of particles, interacting with one another through a small number of forces.

By themselves, those particles and forces don’t have the capability of supporting the psychic phenomena that so fascinated my twelve-year-old self. More important, we know that there aren’t new particles or forces out there yet to be discovered that would support them. Not simply because we haven’t found them yet, but because we definitely would have found them if they had the right characteristics to give us the requisite powers. We know enough to draw very powerful conclusions about the limits of what we can do.

We never know anything about the empirical world with absolute certainty.

We must always be open to changing our theories in the face of new information.

But we can, in the spirit of the later Wittgenstein, be sufficiently confident in some claims that we treat the matter as effectively settled. It’s possible that at noon tomorrow, the force of gravity will reverse itself, and we’ll all be flung away from the Earth and into space. It’s possible—we can’t actually prove it won’t happen. And if surprising new data or an unexpected theoretical insight force us to take the possibility seriously, that’s exactly what we should do. But until then, we don’t worry about it.

There’s no harm in doing careful laboratory tests to search for people with the ability to read minds or push things around through telekinesis. But there’s no real point, since we know such abilities aren’t real, just as we know that gravity won’t reverse tomorrow.

None of which is to say that science is finished, or that there aren’t things we have yet to understand. Every scientific theory we have is one way of talking about the world, one particular story we tell with a certain domain of applicability. Newtonian mechanics works pretty well for baseballs and rocket ships; for atoms, it breaks down and we need to invoke quantum mechanics. Yet we still use Newtonian mechanics where it works. We teach it to our students, and we use it to send spaceships to the moon. It’s “correct,” as long as we understand the domain in which it’s applicable. And no future discovery will suddenly make us think that it is incorrect in that domain.

Right now we have a certain theory of particles and forces, the Core Theory, that seems indisputably accurate within a very wide domain of applicability. It includes everything going on within you, and me, and everything you see around you right this minute. And it will continue to be accurate. A thousand or a million years from now, whatever amazing discoveries science will have made, our descendants are not going to be saying “Ha‑ha, those silly twenty-first-century scientists, believing in ‘neutrons’ and ‘electromagnetism.’ ” Hopefully by then we will have better, deeper concepts, but the concepts we’re using now will still be legitimate in the appropriate domain.

And those concepts—the tenets of the Core Theory, and the framework of quantum field theory on which it is based—are enough to tell us that there are no psychic powers.

The same basic story holds for other tendencies we sometimes have to appeal to extraphysical aspects of what it means to be human. The position of Venus in the sky on the day you were born does not affect your future romantic prospects. Consciousness emerges from the collective behavior of particles and forces, rather than being an intrinsic feature of the world. And there is no immaterial soul that could possibly survive the body. When we die, that’s the end of us.

by Sean Caroll For Wired.com