These Pharmaceutical Drugs Poison Your Body and Destroy Your Health 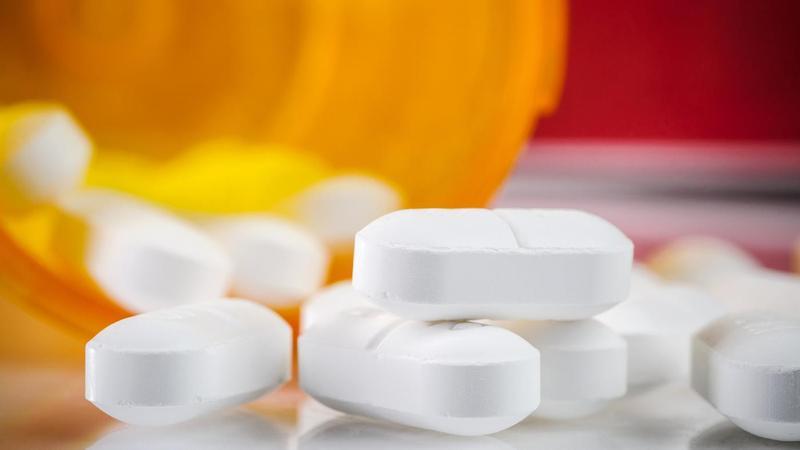 Some pharmaceutical medicines can cause you immediate physiological damage, keep reading to find out which ones!

A new CDC report confirmed that half of all Americans take some pharmaceutical drug for their sicknesses. Over 150 million citizens in the U.S. are consuming medications that are tests or even unproven products. This is alarming since taking so much medication can cause many health-threatening problems in the human body.

The number of Americans who take medication increased 10% since the early 1990s. It used to be illegal for pharmaceutical companies to push legal drugs onto people, but now with the rise in drug advertisements the number of people using them has snowballed.

If you feel caught up in the pharmaceutical drug web, then you should ask yourself if taking a pill to mask symptoms based on bad lifestyle choices is the right way to go. Also, consuming pharmaceutical drugs will not cure your illness. Instead, many of them will likely cause more long-term harm, than good.

Many people don’t know about the dangers of taking prescription medications. The truth is they can cause short and long-term health problems. But for some reason, people ignore the extensive list of side effects that every medicine and vaccine contain. People focus more on rapid relief from their symptoms, rather treatment or even prevention.

Below, you’ll find a list of six popular pharmaceutical medications that cause significant harm to your body within days of taking them:

The majority of flu vaccines have a significant amount of aluminum, mercury (listed as thimerosal), and formaldehyde. Injecting mercury into your muscle tissue will send a widespread shock through your body, which causes a severe, instant hyper-immune reply from the central nervous system.

Mercury toxicity has been known to cause digestive imbalances, oral health problems, ADD, memory loss, respiratory problems, depression, and cardiovascular diseases. Most of the flu shot “victims” ended up having ear infections, pneumonia, and bronchiolitis only just a couple of days after getting the influenza injection.

Blood thinners are not, in many cases, life savers. The new “anticoagulants” drugs bring a deadly side effect with them. Simple cuts such as a minor internal injury can be fatal because it’s next to impossible to stop the bleeding. And blood thinners can drain critical nutrients from your body daily. At the moment, doctors in America are not authorized to prescribe or talk about resveratrol because this remedy is a natural remedy for blood clots. If you need some blood thinners, ask a naturopathic doctor and get a natural one.

Chemotherapy should already be illegal, but it’s not. Many Americans don’t even know that the success rate of chemo is only 2.3% and failing to overcome cancer sits at 97.7% on average. 75% of oncologists and also general doctors wouldn’t recommend chemotherapy to a family member, and they wouldn’t do it themselves either. So it leaves us wondering why others need to go through chemo if doctors wouldn’t go near it.

What happens with chemo is that it turns the body more acid and because of that, more cancer cells can thrive. It could kill the ones the patients already have, but it sets the right environment for other cancer cells to multiply.

Chemotherapy kills good gut bacteria and lowers human immunity. Doing so, the person loses their ability to fight cancer and even other diseases. A good analogy to explain how chemotherapy works is to imagine that you are in a swimming pool, and someone dumps a ton of toxic pesticide next to you just to kill a few bugs in the water.

The RotaTeq vaccine created by Dr. Paul Offit contains two strains of a deadly pig virus called circovirus, and there is no real reason to treat infant diarrhea with the same deadly virus that kills thousands of pigs in China. If you think this is not true, check the Merck vaccine ingredient insert sheet for yourself.

All benzodiazepines medications are addictive. The most popular benzodiazepines prescribed for anxiety are Valium, Xanax, Ativan, and Klonopin. The possible side effects include irritability, aggression, impulsive behavior, and agitation. FDA noted that these drugs could worsen depression. Hallucinations and increase suicidal thoughts are some of the vast lists of side effects of benzodiazepines. If you combine benzodiazepines with anti-depressant SSRIs ( Prozac and Zoloft), it can increase the toxicity of benzos.

The pharmaceutical medications used to treat seizures can cause damage to the liver almost instantly. However, the damage these drugs do to your liver might not show until weeks or months later. But that doesn’t mean that the damage didn’t begin immediately. What’s the point in treating seizures with a drug that damages a vital organ? Take the time to ask a naturopathic physician about CBD oil and its benefits to reduce epileptic seizures.

Prescription pills and treatments have many dangerous side effects. The results can be short-term or long-term depending on the severity of the damage. People should take the time to ask questions, research, and understand the treatments they choose to undergo. Especially with the extensive list of side effects that come with almost all medicines and vaccines these days.