The Physics of Angels: Where Science and Theology Meet 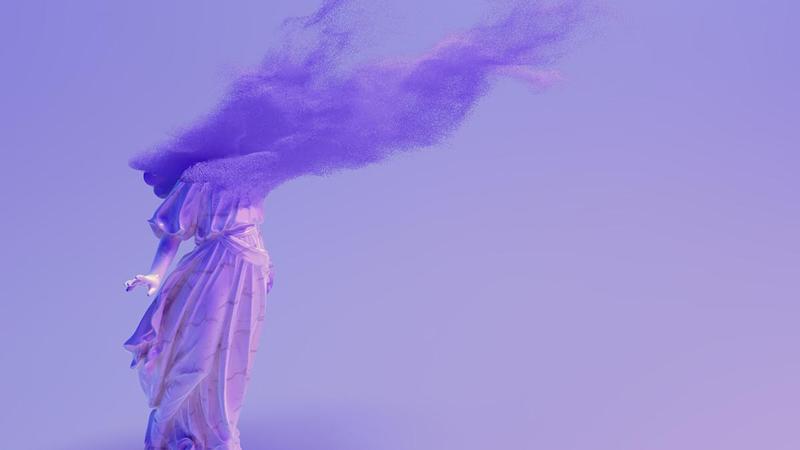 It may seem unlikely that a scientist and a theologian would discuss angels in the twenty-first century. Both disciplines at the end of the modern era appear equally embarrassed by this subject. For theologians it became an embarrassment for three hundred years even to mention angels. During the Newtonian-Cartesian industrial age, angels were banished, trivialized. The Baroque churches built in the seventeenth century, the same century that science and religion split, depicted angels as chubby, cute, little babies that you want to pinch. Basically, religion took the soul, which became more and more introverted and puny, and scientists took the universe.

Through the scientific revolution of the seventeenth century, the universe was mechanized, and at the same time the heavens were secularized. They were made up of ordinary matter gliding around in perfect accordance with Newtonian laws. There was no room in them for angelic intentions. Angels had no place in a mechanistic world, except perhaps as psychological phenomena, existing only within our imaginations. But this mechanistic worldview is now being superseded by science itself. And although the scientific and theological establishments have ignored angels, recent surveys have shown that many people still believe in them. In the United States, for example, over two-thirds believe in their existence, and one-third state that they have personally felt an angelic presence in their lives We are entering a new phase of both science and theology, where the subject of angels becomes surprisingly relevant again. Both the new cosmology and the old angelology raise significant questions about the existence and role of consciousness at levels beyond the human. When the two of us held our first discussions on this subject, we were fascinated by the parallels between Thomas Aquinas speaking of angels in the Middle Ages and Albert Einstein speaking of photons in the last century.

The grassroots revival of interest in angels is timely. Much of the present interest centers on experiences of help and assistance at times of need. It is intensely personal in nature, and individualistic in spirit. The traditional Western understanding of angels is much deeper and richer than the more individualistic modern angel literature would suggest, and far more concerned with community and our common development and our relationships with one another, God, and the universe. These values fit with a more holistic or organic understanding of nature and of society. Furthermore, it is important to acknowledge common experiences that emerge in all world cultures and religions when we are living in an ever-shrinking global village. All cultures, including our own, acknowledge the existence of spirits at levels beyond the human. We call them angels, but they go under different names in other traditions (Native Americans call them “spirits”).

Angels constitute one of the most fundamental themes in human spiritual and religious experience. It is difficult to imagine deep ecumenism or interfaith advancing among the world’s cultures and religions without acknowledging angels in our midst and angels in our own traditions. Experiences that we human beings face together, including the ecological crisis, require all the wisdom we can muster. Angels may be able to assist us in this work and may well prove to be indispensable allies, truly guardian angels, instructing us in safeguarding our inheritance of a once healthy but today endangered planet. For all these reasons it is important to return to our own spiritual tradition to examine what it tells us about angels, and to connect that wisdom to today’s evolutionary cosmology. This is necessary in order to set the stage for deeper explorations in the future—a future we believe will be characterized by a more eager effort to examine consciousness on this planet and beyond. To assist us in this task of exploring our own spiritual tradition, we have chosen to concentrate on three giants of the Western tradition whose treatment of angels is particularly broad, deep, and influential. They are Dionysius the Areopagite, a Syrian monk whose classic work The Celestial Hierarchies was written in the sixth century; Hildegard of Bingen, a German abbess of the twelfth century; and St. Thomas Aquinas, a philosopher-theologian of the thirteenth century.

Dionysius the Areopagite made an amazing synthesis of the currents of the Neoplatonic philosophies of the Middle East in the light of his own Christian theology and experience. Hildegard of Bingen, though she called on the tradition of angelology handed down through the monastic tradition of the Western church, nevertheless worked especially out of her visionary experiences with the angelic realms. Thomas Aquinas created a synthesis of the study of angels, including the views of the Muslim philosopher Averroës, the writings of Dionysius the Areopagite, the science and philosophy of Aristotle, and the biblical tradition. He also raised profound, speculative questions that are provocative even today, and are especially interesting in light of the cosmology now emerging from today’s science. It is likely that these three thinkers devoted more of their intellectual labor to angelology than any other three major thinkers of the West.

What is an angel? And what do they do?

First, angels are powerful. When an angel appears in the Scriptures, the first words are, “Don’t be afraid.” Angels are awesome. The poet Rilke says that every angel is terrifying. Angels are essentially understanding beings. They think deeply. They are experts at intuition, and can assist our intuition. Angels are also special friends to the prophets, and we need prophets today in every profession, in every role of citizenship, in every generation. In addition, angels have very strong wills and have serious cosmic duties to perform, relating to the wisdom and the knowledge that they carry. One of these tasks is to praise. Both Hildegard of Bingen and Thomas Aquinas teach that the devil does not praise, and that’s what makes the devil different from the angels—a refusal to praise. How much of our culture in the last few centuries has indeed been a refusal to praise?

The angels are agents and co-workers with us human beings. Sometimes they guard and defend us; sometimes they inspire us and announce big news to us—they get us to move. Sometimes they heal us, and sometimes they usher us into different realms, from which we are to take back mysteries to this particular realm. Aquinas says, “We do the works that are of God, along with the holy angels.” Angels make human beings happy. It is very rare to meet someone who has met an angel who doesn’t wear a smile on his or her face. They call us to be greater beings ourselves. In the Middle Ages, as in all previous ages, it was generally believed that the heavens were alive, the whole cosmos was alive. The heavens were populated with innumerable conscious beings associated with the stars, the planets, and maybe the spaces in between. When people thought of God in heaven, they were not thinking in terms of some vague metaphor or some psychological state, they were thinking of the sky. “Our Father, who art in heaven.” Nowadays, many Christians assume that this is a merely metaphorical statement, nothing to do with the actual sky.

But this isn’t how people used to think. They thought that the heavens were full of spirits and of God. And indeed if you think of God as omnipresent, everywhere, divinity must be present throughout the whole universe, of which the earth is but an infinitesimal part. In the first century, when the Christian scriptures were written, the number-one question going around the Mediterranean basin was: Are the angels our friends or our foes? Everyone believed in angels in Greece and Rome; they were part of the accepted cosmology. But the question was: Can we trust these invisible forces of the universe that are moving planets and the elements? How trustworthy is the universe? That’s so interesting because in the twentieth century Einstein was once asked, “What’s the most important question you can ask in life?” And his answer was, “Is the universe a friendly place or not?” It’s the same question. I tell my students that every time you see angels mentioned in the Bible you should think Einstein, because you’re dealing with the same issue. It’s the ultimate cosmological issue. Can we trust the cosmos? Is the cosmos benign?