SELFFAMILYSOCIETYHUMANITYEARTHUNIVERSEDIVINE
Home/The Patriarchs and the Origins of Judaism

The Patriarchs and the Origins of Judaism 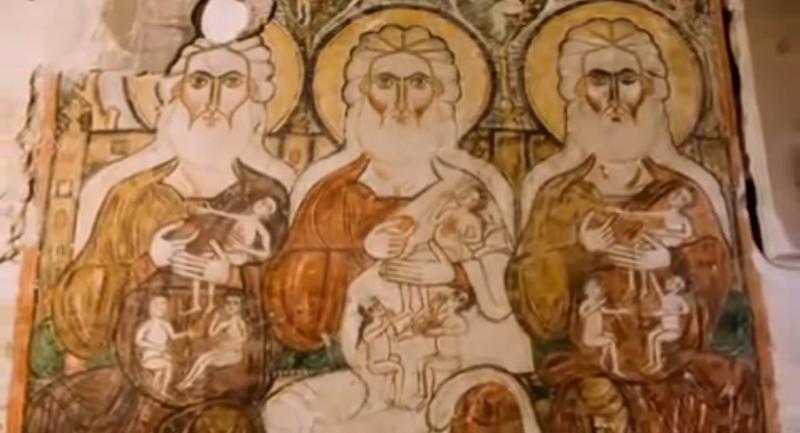 Abraham, Isaac and Jacob, known as the Patriarchs, are both the physical and spiritual ancestors of Judaism. They founded the religion now known as Judaism, and their descendants are the Jewish people. Of course, technically, it is incorrect to refer to Abraham, Isaac and Jacob as Jews, because the terms "Jew" and "Judaism" were not used generally to refer to this nation until hundreds of years after their time; nevertheless, for convenience and in accordance with common practice, I will use these terms.

The history below is derived from written Torah, Talmud, Midrash and other sources. Modern scholars question the existence of the Patriarchs and the historical accuracy of this information; however, it is worth noting that scholars also questioned the existence of Babylonia and Troy... until archaeologists found them.

According to Jewish tradition, Abraham was born under the name Abram in the city of Ur in Babylonia in the year 1948 from Creation (circa 1800 BCE). He was the son of Terach, an idol merchant, but from his early childhood, he questioned the faith of his father and sought the truth. He came to believe that the entire universe was the work of a single Creator, and he began to teach this belief to others.

Abram tried to convince his father, Terach, of the folly of idol worship. One day, when Abram was left alone to mind the store, he took a hammer and smashed all of the idols except the largest one. He placed the hammer in the hand of the largest idol. When his father returned and asked what happened, Abram said, "The idols got into a fight, and the big one smashed all the other ones." His father said, "Don't be ridiculous. These idols have no life or power. They can't do anything." Abram replied, "Then why do you worship them?"

Eventually, the one true Creator that Abram had worshipped called to him, and made him an offer: if Abram would leave his home and his family, then G-d would make him a great nation and bless him. Abram accepted this offer, and the b'rit (covenant) between G-d and the Jewish people was established. (Gen. 12).

The idea of b'rit is fundamental to traditional Judaism: we have a covenant, a contract, with G-d, which involves rights and obligations on both sides. We have certain obligations to G-d, and G-d has certain obligations to us. The terms of this b'rit became more explicit over time, until the time of the Giving of the Torah (see below). Abram was subjected to ten tests of faith to prove his worthiness for this covenant. Leaving his home is one of these trials.

Abram, raised as a city-dweller, adopted a nomadic lifestyle, traveling through what is now the land of Israel for many years. G-d promised this land to Abram's descendants. Abram is referred to as a Hebrew (Ivri), possibly because he was descended from Eber (Gen. 11) or possibly because he came from the "other side" (eber) of the Euphrates River.

But Abram was concerned, because he had no children and he was growing old. Abram's beloved wife, Sarai, knew that she was past child-bearing years, so she offered her maidservant, Hagar, as a wife to Abram. This was a common practice in the region at the time. According to tradition, Hagar was a daughter of Pharaoh, given to Abram during his travels in Egypt. She bore Abram a son, Ishmael, who, according to both Muslim and Jewish tradition, is the ancestor of the Arabs. (Gen 16)

When Abram was 100 and Sarai 90, G-d promised Abram a son by Sarai. G-d changed Abram's name to Abraham (father of many), and Sarai's to Sarah (from "my princess" to "princess"). Sarah bore Abraham a son, Isaac (in Hebrew, Yitzchak), a name derived from the word "laughter," expressing Abraham's joy at having a son in his old age. (Gen 17-18). Isaac was the ancestor of the Jewish people. Thus, the conflict between Arabs and Jews can be seen as a form of sibling rivalry!

Isaac was the subject of the tenth and most difficult test of Abraham's faith: G-d commanded Abraham to sacrifice Isaac as a burnt offering. (Gen 22). This test is known in Jewish tradition as the Akeidah (the Binding, a reference to the fact that Isaac was bound on the altar).

But this test is also an extraordinary demonstration of Isaac's own faith, because according to Jewish tradition, Isaac knew that he was to be sacrificed, yet he did not resist, and was united with his father in dedication.

At the last moment, G-d sent an angel to stop the sacrifice. It is interesting to note that child sacrifice was a common practice in the region at the time. Thus, to people of the time, the surprising thing about this story is not the fact that G-d asked Abraham to sacrifice his child, but that G-d stopped him!

Judaism uses this story as evidence that G-d abhors human sacrifice. In fact, I have seen some sources indicating that Abraham failed this test of faith because he did not refuse to sacrifice his son! Judaism has always strongly opposed the practice of human sacrifice, commonplace in many other cultures at that time and place.

Jacob and his brother Esau were at war with each other even before they were born. They struggled within Rebecca's womb. Esau was Isaac's favorite, because he was a good hunter, but the more spiritually-minded Jacob was Rebecca's favorite.

Esau had little regard for the spiritual heritage of his forefathers, and sold his birthright of spiritual leadership to Jacob for a bowl of lentil stew. When Isaac was growing old, Rebecca tricked him into giving Jacob a blessing meant for Esau. Esau was angry about this, and about the birthright, so Jacob fled to live with his uncle, where he met his beloved Rachel. Jacob was deceived into marrying Rachel's older sister, Leah, but later married Rachel as well, and Rachel and Leah's maidservants, Bilhah and Zilphah. Between these four women, Jacob fathered 12 sons and one daughter.

After many years living with and working for his uncle/father-in-law, Jacob returned to his homeland and sought reconciliation with his brother Esau. He prayed to G-d and gave his brother gifts. The night before he went to meet his brother, he sent his wives, sons, and things across the river, and was alone with G-d. That night, he wrestled with a man until the break of day. As the dawn broke, Jacob demanded a blessing from the man, and the "man" revealed himself as an angel. He blessed Jacob and gave him the name "Israel" (Yisrael), meaning "the one who wrestled with G-d" or "the Champion of G-d." The Jewish people are generally referred to as the Children of Israel, signifying our descent from Jacob. The next day, Jacob met Esau and was welcomed by him.

Jacob fathered 12 sons: Reuben, Simeon, Levi, Judah, Zebulun, Issachar, Dan, Gad, Asher, Naphtali, Joseph and Benjamin. They are the ancestors of the tribes of Israel, and the ones for whom the tribes are named. Joseph is the father of two tribes: Manasseh and Ephraim.

Joseph's older brothers were jealous of him, because he was the favorite of their father, and because he had visions that he would lead them all. They sold Joseph into slavery and convinced their father that Joseph was dead. But this was all part of G-d's plan: Joseph was brought into Egypt, where his ability to interpret visions earned him a place in the Pharaoh's court, paving the way for his family's later settlement in Egypt.

The Exodus and the Giving of the Torah

As centuries passed, the descendants of Israel became slaves in Egypt. They suffered greatly under the hand of later Pharaohs. But G-d brought the Children of Israel out of Egypt under the leadership of Moses.

G-d led them on a journey through the wilderness to Mount Sinai. Here, G-d revealed Himself to the Children of Israel and offered them a great covenant: if the people would hearken to G-d and observe His covenant, then they would be the most beloved of nations, a kingdom of priests and a holy nation. (Ex 19). G-d revealed the Torah to his people, both the written and oral Torah, and the entire nation responded, "Everything that the L-rd has spoken, we will do!" According to Jewish tradition, every Jewish soul that would ever be born was present at that moment, and agreed to be bound to this covenant.