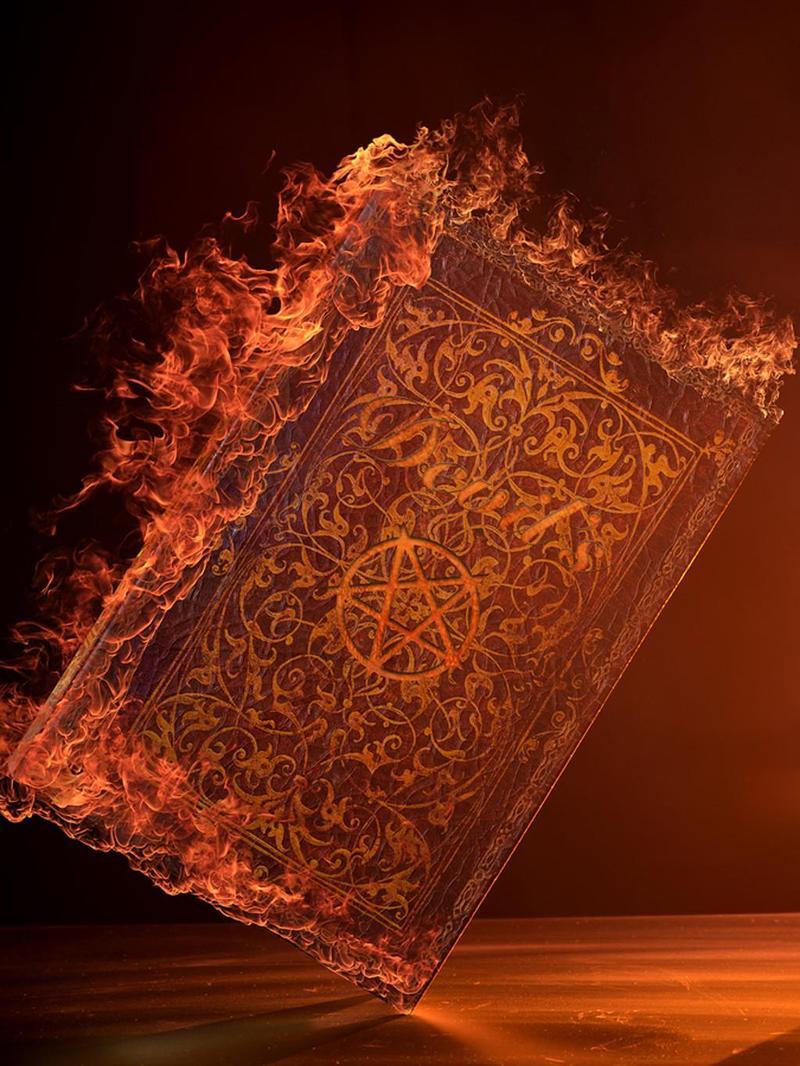 You may have heard the phrase “Grimoire Tradition” spoken of or tossed around on the internet. It does not refer to any specific structured tradition, but instead refers to the long and ancient tradition of translating magic into the written word. Grimoires have existed since the invention of alphabets for recording language.

The first grimoires ever were inscribed onto clay tablets by the ancient Assyrians and Egyptians. Over the millennia they evolved from tablets, to scrolls, and then into handwritten manuscripts passed from hand to hand. The texts themselves were considered inherently magical and capable of healing or protecting the person carrying one. Many an illiterate cunning man carried a grimoire around in his pocket, not to refer to, but as a protective charm from all that may harm him. This stems from the belief that when magic is written down, the very words and the page become magic, a talisman if you will. This belief did not die out with the invention of the printing press and subsequent mass-production of printed books, the belief held that when magic is written, the very writing is magic.

“Grimoires exist because of the desire to create a physical record of magical knowledge, reflecting concerns regarding the uncrontrollable and corruptible nature of the oral transmission of valuable secret or sacred information. This urge to provide a tangible magical archive dates right back to the ancient civilization of Babylonia in the second millennium BCE. But grimoires also exist because the very act of writing itself was imbued with occult of hidden power. ‘A book of magic is also a magical book,’ as one historian of the subject has observed.”

The publication of grimoires never ceased even during the times of the witch trials and the inquisition as their printing and copying by hand still continued, but in secret, for if one was discovered with certain grimoires one would be put on trial and most likely executed for sorcery. After the darkness of the Middle Ages we saw a new light in the Renaissance and grimoires experienced a resurgence within the wealthy upper classes who were becoming interested in magic from an intellectual perspective. From this came the secret societies whose lore was based on the ancient grimoires. Without the Grimoire Tradition we wouldn’t have had trail blazers like Aleister Crowley and Eliphas Levi to guide our way. Today grimoires are as popular as ever with a dozen new publishers reprinting their ancient contents as well as publishing new grimoires from modern authors.

The Grimoire Tradition is the beliefs and practices of those who use grimoires. It is the magic of grimoires which are used as tools for enlightenment, awakening, and communion with the divine. The majority of those within the Grimoire Tradition both today and throughout history are Gnostics, Hermeticists, Alchemists, Thelemites, Masons, Rosicrucians, and Kabbalists… you get the picture. However there are also witches and wise folk who dabble with grimoires, the most well known being Andrew Chumbley of the Cultus Sabbati, and the less well known being the cunning folk and wise men and women of both Europe and North America in the earlier years of colonization. In those days no cunning man or woman worth their salt would be caught without a grimoire in their possession, clients thought them better than others and sought out those with grimoires over those without. The same grimoires that influenced them are still used today; Long Lost Friend, The Black Pullet, Le Petit Albert (“Little Albert”), the Grand Grimoire, and others.

Today there are also numerous publishers who have taken up the torch of the Grimoire Tradition and are printing both new and old grimoires for modern practitioners. For the more intellectual and ceremonial (high magic) minded person, grimoires are an amazing key to the mysteries and not just manuals of magic. For anyone wishing to explore the Grimoire Tradition further here is a list of resources:

Book of the Sacred Magic of Abramelin the Mage

Petit Albert: The booke of secrets of Albertus Magnus of the virtues of herbes, stones, and certayne beatles

The Magus by Francis Barrett

Grimoires: A History of Magic Books by Owen Davies

History of Magic by Eliphas Levi

Secret Teachings of All Ages by Manly P. Hall

Secrets of the Magickal Grimoires: The Classical Texts of Magick Deciphered by Aaron Leitch