The Frustrating Double Standards of Narcissists 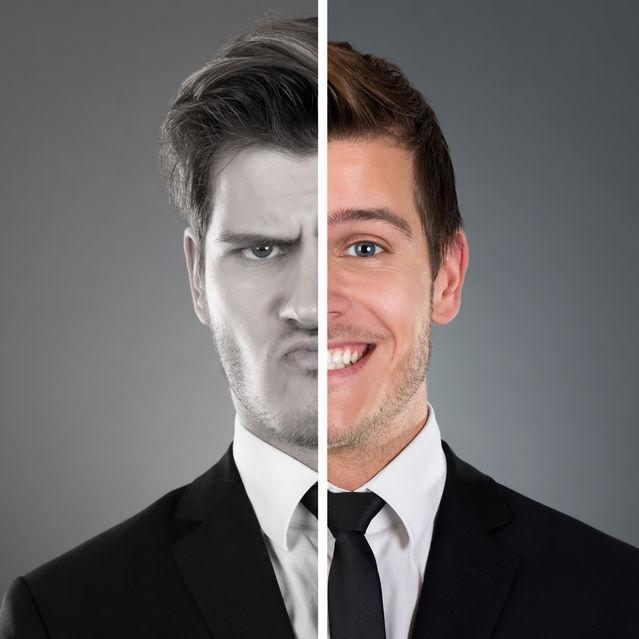 disorders such as narcissism are characterized by a distortion of healthy norms for feeling, thinking and relating. One of the most notable distortions among narcissists is a pervasive set of double standards and paradoxes.

For example, people with narcissism demand but are poor listeners. They seem supremely confident yet are terribly insecure. They expect special treatment yet rarely reciprocate — unless they get something in return.

Such double standards can confuse, frustrate and demean. To cope with people, it helps to recognize eight key paradoxes. Narcissists are:

Narcissists often present a larger-than-life persona. They posture as more capable, accomplished and intelligent than others. They feel entitled to special treatment commensurate with their “status.”

Yet narcissists can be hyper-sensitive, exploding at the smallest perceived slight. When they don’t get their way or are not the center of attention, they may lash out or regress to a sulking, childlike state.

2. Antagonistic, Yet Indignant at Questions or Opposition

Many narcissists seem to take pleasure in saying no to others’ requests or needs. They often need an enemy or foil, often pursuing legal action, or vendettas.

Yet should anyone question or oppose them, narcissists are quick to go nuclear. They distract, play the martyr, or personally attack anyone who challenges them.

3. Desperate to Be Heard, Yet Uninterested in Listening

Because narcissists cannot supply the they need from within, they hungrily seek it from outside in the form of attention. The joke, “Enough about me. What do you think of me?” aptly describes narcissists.

Because they are so desperate for attention, narcissists may listen impatiently to others, counting the seconds until they can bring the conversation back to them. They may even compete with loved ones for the spotlight, as if any attention paid to someone else is their personal loss.

4. Emotionally Entitled, Yet Indifferent to Others’ Feelings

Yet when others express emotions, those feelings are often ignored or ridiculed. Should someone ask something of them, narcissists often become irritable or label the other “selfish” or “demanding.” Narcissists seem clueless about the impact of their self-centeredness on others, acting surprised or indignant when the consequences of their behavior are pointed out.

5. Swift to Blame, Yet Loath to Own Their Part

People with narcissistic behavior pass the blame with lightning-like reflexes. If they fail, it is always someone else’s fault. (Though when they succeed, it is entirely their doing.)

Yet narcissists seem loath to acknowledge their part, rarely saying “I was wrong” or “I am sorry.”

People with narcissism seek status through external means such as power, wealth, sexual conquest, appearances and who they know. They seek to be with the “right people” and are contemptuous of those they see as inferior.

Yet narcissists are deeply myopic about their superficiality. Their sense of entitlement leaves them expecting worship, admiration, and respect, unaware that respect must be earned and admiration is based on character as well as accomplishment.

7) in Public, Yet Ill-tempered Behind Closed Doors

Many narcissists are oh-so-charming in public settings. But those who live with narcissists often see the darker side in private: selfishness, manipulation, abuse, and more.

It can be frustrating when others are taken in by a narcissist’s charm and fail to see their Jekyll-and-Hyde nature. But if you live with a narcissist, you are not imagining their unhealthy behavior. It is just one more double standard.

8) Demanding of Absolute Loyalty, Yet Quick to Betray Others

Narcissists abandonment, , and betrayal. Because of this, they demand and repeatedly test others' loyalty.

Yet narcissists will sell nearly anyone down the river with little thought or remorse if it serves their needs.

Knowing these double standards can help you cope with narcissistic people. Remember:

You don’t have to play by these rules

When faced with narcissistic behavior, ask yourself, “At what cost?”

Dealing with narcissists almost always has a cost, but your power comes from choosing which costs you will tolerate and which you will not.

Earlier versions of this blog originally appeared on psychcentral.com and goodtherapy.org.