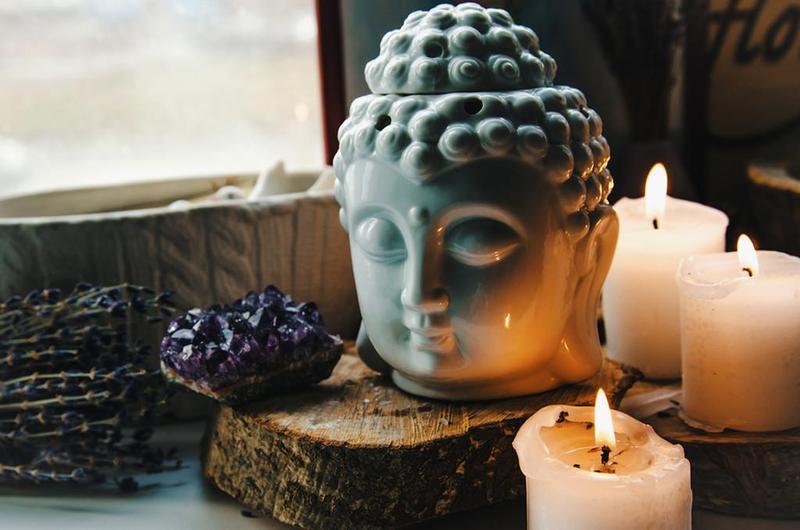 Traditionally, the study of evolution observes a slow and unconscious progression of physical adaptations stretched along multiple generations of a species. However, what if a more immediate and controllable process of evolution was apparent? When looking at Daoism, Buddhism, Eastern Christianity, and Tibetan Dzogchen, an idea shared by these ancient religions of the world is the capability for the progression of one’s perception. This is a subtler evolution; it is evolution from an experiential stand-point.

-The meaning of a "Buddha" is one who has achieved a conscious development beyond earthly suffering. The nomenclature of this achievement traces back to Siddhārtha Gautama, who "attained" the transcendental state known as enlightenment.

-In Daoism, reaching a higher transcendental state is commonly known as "reaching the Dao." It is a state of silence where one becomes “the sage” and perceives clearly.

-Early Christianity, still predominant in Greece, explains that Jesus was not “the son of God,” but was instead “a son of God,” similar to us all, a connotation that he was a human who transcended “into” God.

-In Tibetan Dzogchen, the state of Dzogchen is described as a conscious state where one resembles a mirror—a conceptual emptiness allowing the ability to perceive clearly.

These ancient religions look at heaven not as a location reachable after death, but instead as the development of a mutable transcendental quality inherent in man. The focus of this form of evolution is towards developing human perception. This mutable quality, often compared with the effects of psychedelic substances, can be physically understood as the stimulation the glands within the brain associated with existential perception (pituitary/pineal gland).

The Daoist Concept of Destiny

Heavily centered around the evolution of perception is the Daoist concept of Destiny. The Daoists look at destiny not as something that one is born into, but instead something that is consciously cultivated into. Through understanding destiny, the individual’s perceptual “self-understanding” develops allowing them to discover potential within themselves that allows them to reshape their future. This concept is based around the pursuit of silence. With mental silence, sometimes referred to as “calming the monkey mind,” the individual comes to deeper realization of their true nature and purpose. The Daoists view destiny as a potential that is realized and not “awarded” before a person’s birth, as is often understood in the West.

When looking at the conscious experience in terms of evolution, many of these ancient religions have developed ranking systems in order to map progression. These frameworks can be seen as ladders of “attainments” along an individual’s quest for wisdom and understanding.

The Buddha explained to his disciple Ananda that beings on different levels, although they may look at the same thing, will actually see it according to their own perspective. -Surangama Sutra

In Buddhism, the development of perception is measured by what is known as awakening the “Five Eyes.”

Each level of experiential evolution is seen along a progression of opening the Five Eyes. The first eye is known as the Flesh Eye and normally corresponds with ordinary perception. Beyond that is the Heavenly Eye, Wisdom Eye, Dharma Eye, and finally, the Buddha Eye. When these eyes are developed, the individual “sees” life more directly and gains higher levels of understanding from their experience/wisdom.

In Daoism an individual’s evolution is ranked in stages known as the Five Immortals. Each stage, or level, has defining characteristics used to determine where a person is along their development. The Daoist immortal classes are: Ghost Immortal, Human Immortal, Earth Immortal, Spiritual Immortal, and Celestial Immortal. These rankings are based around the development of one’s existential quality. The Neijing Tu, above, is understood as a visual illustration of this “ladder to heaven.” The illustration is a human body, but has the look and quality of a mountain. This is a metaphor describing the internal “climb” to greater “heights” of self-realization/heaven.