The Dangers of Loving Yourself: Ancient Chinese Philosophy Exposes a Fundamental Flaw in Self-Help Techniques 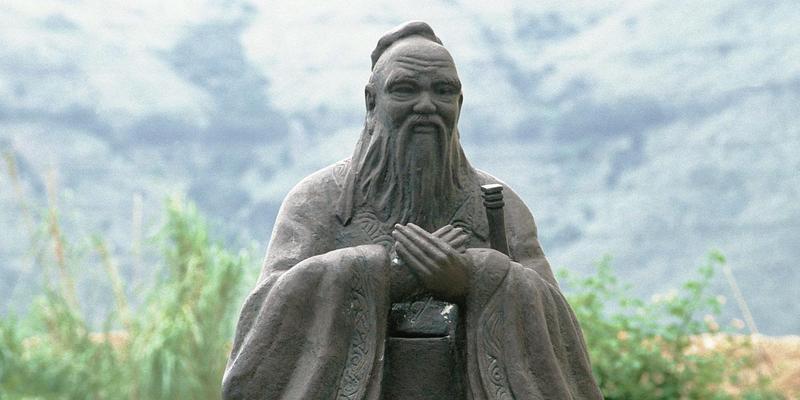 The importance of loving yourself is a common catchphrase among feel-good gurus and the subject of countless self-help books.

But Harvard University’s Michael Puett argues that loving yourself—and all your flaws—can actually be quite harmful. Puett, who earlier this year published a , suggests that ancient Chinese philosophers would strongly disapprove of today’s penchant for self-affirmation.

Quartz spoke to Puett as part of an occasional series that attempts to apply serious thinking from the world of philosophy to everyday life. What can great thinkers teach us about how to navigate your career path? Do people ever really change? Can philosophy inform our search for true love? The Chinese philosophy Puett studies raises questions about whether we should we accept and celebrate ourselves as we are or strive to change and improve upon our fundamental nature. And, for that matter, does our “fundamental nature” even exist?

“The common assumption most of us make about the self is that our goal as individuals is to look within, find our true selves, and try to be as authentic and true to ourselves as we can be,” Puett says. “But this assumes we have a stable self.”

By contrast, much of the Chinese philosophical tradition derived from Confucius envisions “the self” as more of a messy product of habit than a clearly-defined inner essence. “From a very young age, we’ll form patterns of responding to the world. Those patterns will harden and become what we mistakenly call a personality,” adds Puett.

So if we love ourselves and embrace all our little flaws and idiosyncrasies, we’re actually just hardening these ruts of behavior. From an ancient Chinese philosopher’s perspective, embracing the fact that, say, you’re a big picture thinker but bad at small details, or have a tendency to get angry at little things, is “the worst thing to do.”

The idea that the self is largely made up of unacknowledged rituals can be found in Confucius and the theorists that followed him. Meanwhile Zhuangzi, a fourth-century-BC collection of Daoist writings from the philosopher of the same name, was focused on ways in which we can train ourselves to break free of these ruts.

Occasionally, we might notice that we’ve formed an unhealthy habit and train ourselves to behave differently. But Chinese philosophers argue that we fail to notice most patterns we form, and the “insidious” ones can be the most harmful.

And so these thinkers argue that we should constantly strive to behave differently, even greeting people or smiling in a slightly different way. It doesn’t matter whether you’re behaving “better.” It’s the variation that’s important.

Though much of this writing is more than two thousand years old, recent findings in psychology have supported the notion that we are indeed creatures of habit. Puett points to Daniel Kahneman’s work, , which focuses in part on the persistent power of cognitive shortcuts, as an example of modern psychology that fits with ancient Chinese thinking.

And though the idea we shouldn’t embrace and love every last flaw may sound cold, Puett says that from a historical perspective, “our notion of the radical, free, individual, true self that we should always be sincere and authentic to, is actually less common in philosophy.”

Given the recent theories from psychologists such as Kahneman, perhaps the reason ancient Chinese philosophers had such a view of the self is because “it’s true,” says Puett. “They’re onto something.”