The Daily Alchemical Process of Ascension 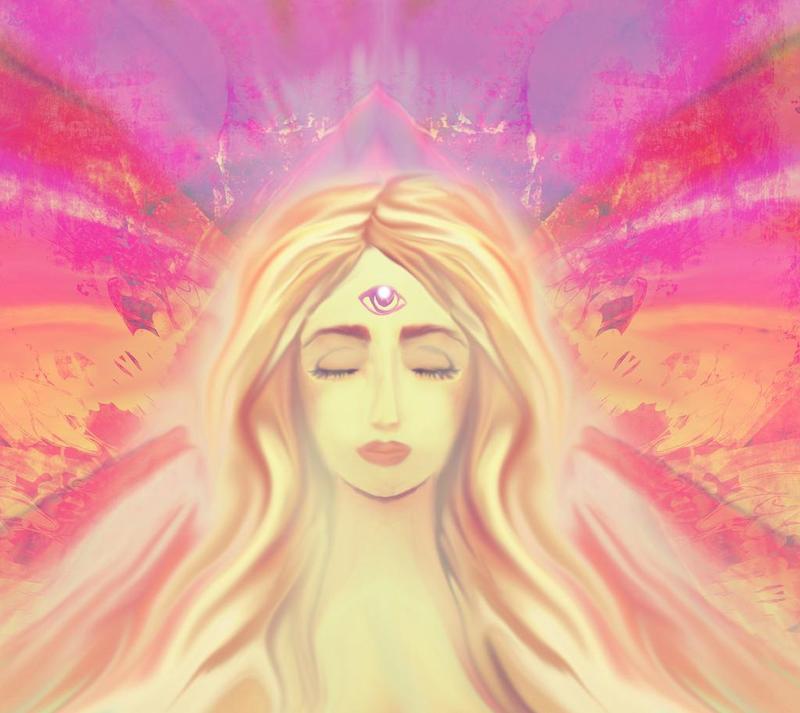 Whether aware or not, everyone is involved in the current higher dimensional shift of consciousness on Earth that is our Ascension. Everything is interconnected by consciousness, and the underlying flow is into higher dimensions. Gaia has centred herself in the Fifth Density and inviting all life to join her there. It may sound a bit 'out there' to some, but when you examine it fully, you'll find that every thought, emotion and feeling - indeed every action - in your life is being influenced by the interplay of the shift. You're either making choices aligned with the surrendered flow of love, or else control and fear. If you can trust in the flow of love, then you'll evolve, expand and attain a sublimely new way of living and being. Life becomes literally breath-taking...

Attuning to the River of Life

All matter is shaped from consciousness and is interconnected. That we know from quantum physics. We also know that there's an underlying ordering force that draws elementals of conscious into higher harmonic states. It may sound esoteric, but this underlying flow is the River of Life itself, and it can shape the circumstances of our lives in the most profoundly positive ways - providing of course we're listening.

The problem is most people don't listen, or else, only partially. And so frequently the flow is skewed by contradictory and negative thinking; most people have been conditioned - brainwashed - into living according to the fear-based control system. We must help as many as possible to let go.

It's not always easy though is it? Even though you've woken up and realised the most beneficial approach is to surrender, there are still so many allurements back into the withering illusion. It helps enormously to truly understand the alchemical process of Ascension itself. Because when you do, it will facilitate every decision and choice you come to make. It helps you expand out of the density.

Confronting the Pain of Existence

Consider that inside of you there are essentially two contrasting flows of influence and information: there's the conditioning of society, which basically causes you to identify with the physicality of life - it hardwires limitation into the brain. It causes you to effort and struggle for the things you're supposed to want.

Inadvertently you're already deciding that you are physical, only physical, and need mainly physical things to make yourself feel fulfilled. In short, you're attuning your consciousness to the density. If you watch, you can even feel it inside as the Pain of Existence.

In this pain of attachment though, there will be a flow of soul at its core - that's why we call them 'distortions' - because the behaviourisms are only distortions of truth. Like for example needing some kind of soft drug such as alcohol, caffeine or nicotine - hidden within the feeling they activate is the relaxed expansiveness of soul.

This expansive completeness is already within.

You can choose to be there now, and every time you do,

the pain & suffering dissolve away.

Exploding the Myth of Suffering and Limitation

The good news is you can be in that expanded place of the soul all the time. You can live it in every moment - that's what we came here for: to unleash the soul even in the most challenging of densities. You just have to overcome all the internal resistances and barriers that get in the way. How do you do that?

Firstly it's not to distance yourself from them. That just creates denial. You may access a temporary bubble of love and light, but it's sure to burst at the first sign of any serious density.

To explode the myth of suffering and limitation, is to become intently intimate with it - to go right into the very heart of your fears. Amidst these situations, you'll be able to locate a pain - be it physical, emotional or psychological. The immediate reaction is to pull away from the pain, to cure it with some quick fix. But this is self-defeating because it simply piles on more layers of denial and resistance to the flow, which has your best interests at heart.

So instead, work to recognise the pain: be it lack of self belief, worthlessness or resentment. Maybe you are judging others or projecting blame? Identify what it is and take ownership - take responsibility. This is the true path to empowerment.

Once you can feel the pain, work into it, express it out into the world, ask of the universe "show me!" You will clearly be shown where you're attaching through the signs and synchronicity that are reflected back to you.

You then have a choice: ignore and carry on as always. Or alternatively stop, get right into the heart of the contraction, work to let go of the attachment and thus it unwinds. In it's place, flows a new aspect of true self - of the soul - which is connected up to the River of Life.

Lightness is a Choice

When you follow this flow, as guided by the heart, then it progressively carries you into lighter and lighter densities inside. You're expanding within. You're literally ascending inside yourself.

Your world will progressively change to reflect this lightness. Bear in mind though that we're currently living in two worlds not one. So you're going to witness both reflections: the density that you're leaving behind and is falling away; the new world of interconnectivity and divine synchronicity.

So you'll feel lighter and more expanded, you'll witness reflections of this, a path of light will unfold from it, but it will weave its way through the density breaking down all around you. You have a choice as to which you identify with.

Please note: I'm not saying to ignore the density and pretend it doesn't exist. I'm encouraging to work into the resistances you might have to the density, the breakthrough and open a path of light through it. Then to keep attuning to the light until you hit the next dense patch - work through that once more.

Unfold through - as a feeling inside

The Soul infuses the bodymind like a hand in glove. Sometimes it identifies itself with the glove and so takes on density. This has happened to humanity in general, who has therefore created the incredibly dense mirror we witness all around us.

The key is to feel into the 'glove', unfold through it, as a feeling inside - unwinding attachment and limitation by working your consciousness into it. Upon which, the soul liberates itself and soars like a dove into the higher frequencies.

This is a daily alchemical process to Ascension. It happens in all the 'small' circumstances of your life: what makes you tight? what makes you retract? where do you go unconscious? If you can spot the patterning of these reflected to you, then you can catch yourself in the moment and unwind through it, looking for the lightness of soul instead.

Did I say it was easy? Easy it is not. If it was, everyone would be doing it!

But with daily practice commitment and persistence, you can breakthrough and breakout.

What's important to you in any moment? Where is your focus?

Consider that this old world reality is falling apart. So why commit your loyalty to it?

Why not instead progressively wean yourself off the system through the deep inner inquiry.

Initially it feels like falling. You're letting go of everything you've relied upon. You might get battered for a while. But then if there's commitment to the alchemical process, as you're falling, you 'flip onto your front' and find yourself flying.