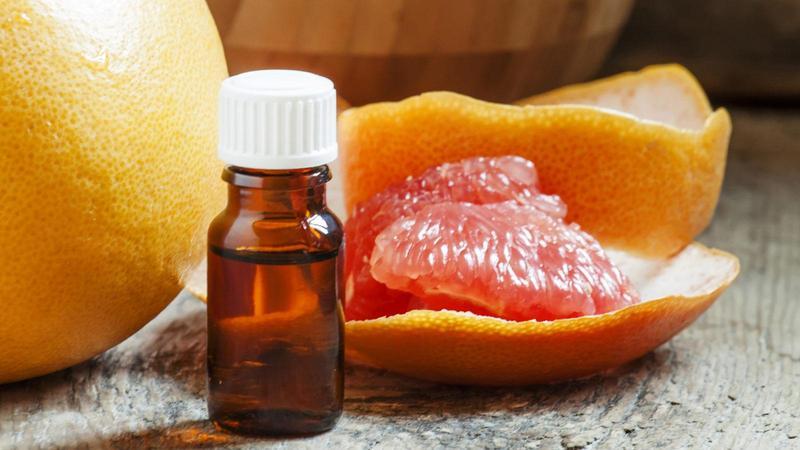 Grapefruit likely originated in Barbados in 1750 as a result of natural cross-pollination between sweet orange and pomelo, another citrus fruit. Grapefruit seed extract, or GSE, is derived from the seeds, the pulp and the skin of the fruit and is usually found in liquid form. Due to its high content of phytochemicals — types of antioxidants — GSE possesses potent antioxidant, anti-inflammatory and antimicrobial properties that account for its wide-ranging benefits, from surface disinfectant and food preservative to healing aid for the immune system, skin, heart and other organs.

When you eat a grapefruit, what do you do with the seeds? I’m guessing you spit them out or remove them from the start. What if I told you that those , actually might hold a wealth of health benefits.

This makes sense, considering grapefruit benefits include weight loss, cellulite reduction and immune system enhancement. actually has a different set of benefits almost entirely, but some of them do overlap with the incredible abilities of grapefruit essential oil. Practitioners of alternative medicine say grapefruit seed extract possesses antibacterial, antiviral and antifungal properties and recommended its use for the treatment of candidiasis, earaches, throat infections and diarrhea.

Without a doubt, if you’re going to use a grapefruit seed extract product, you should always read ingredients lists carefully and make sure that you buy from a reputable company. While brands might differ when it comes to quality, scientific research shows that pure grapefruit seed extract can kill all kinds of infectious microbes and even helps combat common health issues like candida and athlete’s foot. So are the seeds of a grapefruit actually good for you? Let’s discuss why this citrus fruit’s seedlings might be worthy of attention to your life as an internal, external and household natural remedy.

Grapefruit seed extract is on my candida diet treatment plan for very good reason. Candidiasis, commonly referred to as “candida,” is a fungal infection that can affect men and women of all ages in various parts of the body. It most commonly occurs in the mouth, ears, nose, toenails, fingernails, gastrointestinal tract and vagina.

A Polish study published in 2001 found that a 33 percent grapefruit extract has a potent antifungal effect against Candida albicans strains taken from patients with candida symptoms. GSE’s antifungal properties help it combat candida infestations by killing the yeast cells that have taken over in the body.

A noteworthy case study published in the Journal of Alternative and Complementary Medicine in 2005 found that grapefruit seeds were highly effective in killing antibiotic-resistant urinary tract infections. The study looked at several patients who were treated with grapefruit seeds (Citrus paradisi) orally for two weeks. The dosage was five to six grapefruit seeds every eight hours.

Within those two weeks, all patients responded satisfactorily to the treatment minus one. However, this patient initially had the bacterial UTI resistant to three different antibiotics, but after taking grapefruit seed there was a reversal of the antibiotic resistance pattern. Although a small human study, the data points toward the antibacterial ability of dried or fresh grapefruit seeds being comparable to proven antibacterial drugs, making it an effective home remedy for UTIs.

Histoplasmosis is a fungal infection sometimes mistaken for tuberculosis that’s caused by Histoplasma capsulatum or H. capsulatum, a fungus often found in bird and bat droppings. Histoplasmosis is most commonly transmitted when spores become airborne (often during cleanup or demolition projects) or from dirt contaminated with the droppings. The majority of people who acquire histoplasmosis are symptomless and never even know they’re infected, but some people may develop flu-like symptoms that last around 10 days.

For people with weak immune systems, chronic diseases or for infants, histoplasmosis can be serious. About 500,000 people are exposed to H. capsulatum each year in the U.S.

A recommended alternative treatment for this fungal infection is grapefruit seed extract at a dosage of 100 milligrams (capsule) or five to 10 drops in water three times daily. It’s recommended for its antibacterial, antifungal and antiviral properties. Since GSE likely helps make the immune system stronger, it can help provide symptom release for fungal infections like histoplasmosis.

Athlete’s foot is a skin disease that usually occurs between the toes and is caused by a fungus. As a natural treatment for athlete’s foot, you can try applying full-strength grapefruit seed extract to the problem areas two to three times per day. It shouldn’t take too long to have the itching, burning and general unpleasantness of athlete’s foot under control.

You can also use GSE as an alternative to tea tree oil to treat toenail fungus. Simply paint the extract on the infected nails twice a day until you see improvement.

Eczema is a common skin disorder that often has links to food choices and digestive issues. One preliminary human trial investigated the effectiveness of grapefruit seed extract on atopic eczema patients who also had intestinal dysbiosis, a microbial imbalance or maladaptation in the digestive tract. All patients showed severe atopic eczema, including bleeding lesions over the face, limbs and trunk, while 14 of 25 also had intermittent diarrhea, constipation, flatulence, intestinal rushes, bloating and abdominal discomfort.

Subjects received either two drops of a 0.5 percent liquid concentrate of grapefruit seed extract twice a day or 150 milligrams of encapsulated grapefruit seed extract (ParaMicrocidin®) three times a day. After a month, all of the subjects taking capsules experienced significant improvements in constipation, flatulence and abdominal discomfort, as well as night rest, while 20 percent of the subjects taking the liquid experienced significant improvements in their negative digestive symptoms. The extract was mostly effective against Candida, Geotrichum sp. and hemolytic E. coli. There were zero side effects during the entire study. (5)

6. Works as a General Antimicrobial

Grapefruit seed extract benefits can be experienced when it’s taken by mouth for bacterial, viral and fungal infections, including yeast infections. But there are also many grapefruit seed uses that don’t involve ingesting the extract. Due to its antimicrobial activities, grapefruit seed extract is commonly included in many throat sprays, nasal sprays, ear drops, mouth washes, toothpastes, shower gels, wound disinfectant sprays and other personal care products. Instead of using unnatural and synthetic preservatives, many natural companies turn to grapefruit seed extract for its ability to preserve a product by killing unwanted bacteria.

Other antimicrobial uses of grapefruit seed extract include:

Grapefruit seed extract is made by mixing grapefruit seeds and pulp into a highly acidic liquid. After some additional processing, the mixture turns into a yellow, thick liquid that has a strong, bitter taste. It’s then typically combined with vegetable glycerin to reduce the bitterness and acidity.

The main biological compounds in a grapefruit seed that are believed to be responsible for its ability to destroy infectious invaders are the polyphenols known as limonoids and naringenin.