Should you have your genes screened? 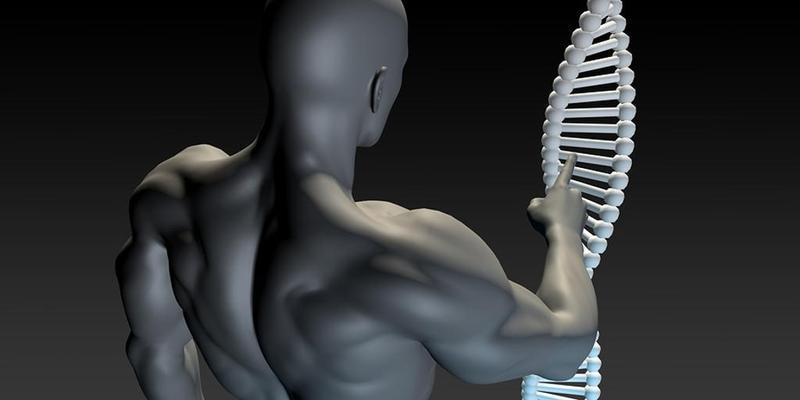 Having your personal genetic makeup analysed seems a mere mouse click away these days.

Growing numbers of medical service providers offer genetic tests that promise to help you to lose weight, improve your sporting performance and more. What’s the hype all about and should you consider having your genes screened?

Read: Your genes may be the reason you're struggling to lose weight

What is genetic testing?

Genetic testing is a medical procedure that investigates a person’s DNA, the complex chemical code present in each of their cells. DNA is inherited from one's parents and carries the instructions for all the body’s functions, and determines traits from hair colour to blood type.

Such tests may involve short bits of DNA, individual genes, chromosomes, entire genomes or certain proteins. Variations in all of them may be associated with genetic disorders.

Genetic tests have been available for decades, providing doctors with an important tool for identifying the underlying genetic causes of various diseases as well as evaluating the risk a patient may have of developing specific health problems in the future. These tests are developing and becoming more complex all the time.

American actress Angelina Jolie famously credited genetic testing with potentially saving her life when it revealed that she carried a faulty mutation of a gene called the BRCA1 gene.

Also in the USA, under the Affordable Care Act, President Barack Obama’s Obamare – which focuses on prevention and early detection rather than treatment and cure – ensures high-risk patients (those with a family history of cancer or heart disease, for instance) receive 100% free genetic testing.

“There are several genetic testing laboratories in South Africa that service both the private and public healthcare sector”, says Shelley Macaulay, Genetic Counselling Manager at the National Health Laboratory Service in Johannesburg. “The demand for genetic testing is high and testing is available for a number of common and/or locally specific disorders, while many other tests are not available locally”.

Genetic testing is commonly used to test unborn foetuses for conditions like Down syndrome and newborn babies for treatable diseases such as galactosaemia (a disorder in which the body is unable to process a type of sugar called galactose).

If a particular genetic condition runs in your family, testing for it before the symptoms arise may give you an indication of whether you are at risk and if you are likely to pass the disorder on to your own children. Knowing this can remove uncertainty and greatly relieve anxiety for affected people and their families.

Genetic testing can also provide information about how an individual will respond to certain medications, allowing doctors to prescribe the most effective drugs and dosages.

Your genes, your lifestyle

In addition to these traditional uses of genetic testing, the last few years have seen an explosion of more lifestyle-related genetic test offerings.

There are DNA tests that promise information about your personal metabolic rate and suggest diet and exercise plans tailor-made to your specific genetic characteristics. Others are designed to evaluate whether you are more likely to excel at endurance sports or in disciplines based on speed, and whether you are genetically predisposed to being a morning or a night person.

“Genetic testing produces invaluable information that is useful to both patients as well as their treating physicians,” explains Dr Graham Duncombe, a medical practitioner with Skin, Body & Health Renewal in Cape Town and KwaZulu-Natal. “It reveals potential gene variations which place a patient more at risk for the development of certain cancers, such as oestrogen-dependent cancers and colon cancers.

"Information gained can also equip a patient with the knowledge of how sensitive their body is to salt, caffeine, sugar and saturated fats. Patients can plan a personalised diet based on their genetic findings."

Using two local genetic testing companies (DNAnalysis in Gauteng and Gknowmix in Cape Town), Skin, Body & Health Renewal offers a variety of tests which provide information for, among other things, the genetic risk of developing nerve disorders such as multiple sclerosis and chronic diseases like high cholesterol, diabetes and osteoporosis, as well as the most likely response a patient will have to certain medications and chemotherapy. Other tests evaluate cardiovascular health, sporting potential and susceptibility to soft tissue injuries

Another South African company, Intercare, has recently launched a personalised healthcare programme called Salubrity, which, in partnership with a laboratory in Switzerland, offers genetic screening to determine the risk for breast and ovarian cancer as well as a non-invasive prenatal test for chromosomal disorders and abnormalities such as Down Syndrome.

“It’s important to make a clear distinction between testing for specific genetic disorders where results are definitive, as for example in testing for Huntington’s Disease, and lifestyle-related genetic tests in which results are not as cut and dried and only account for a small amount of the risk,” says Macaulay. "In some cases, environmental factors (e.g. the impact of smoking on lung cancer) may be far more important than genetic risk factors."

What procedures are involved?

If you are interested in having your DNA analysed, chat to your doctor about the best way to proceed. Prior to being tested, you will be asked for information about your personal and family medical history as well as your lifestyle practices.

Dr Duncombe elaborates that “the laboratory will need to know the sex of the patient, as well as their age and which information they would be interested in. The test material is sealed, identified and couriered to the relevant company who provide results within six weeks." Macaulay notes, however, that turnaround times differ for different tests, pointing out that some clinical genetic tests may take six months to complete.

Lifestyle genetic tests typically cost from about R1,000 to R5,000. With few exceptions, most medical aids do not reimburse these costs at the moment. Dr Duncombe says that he tells his patients to contact their medical brokers for advice regarding their specific medical aid plans.

Most medical aids do, however, pay for locally available clinical genetic tests for specific genetic conditions.

Once the results are available, they will be sent to your doctor or genetic counsellor who will explain them to you, discuss the implications for your health and, where necessary, recommend the most appropriate treatment choices available.

Before undergoing genetic testing it’s imperative to talk to an expert about the possible benefits and complications. Ask your doctor to refer you to a qualified genetic counsellor or medical geneticist who can explain the procedure involved and advise you on the limitations as well as the possible implications of the test results.

Unfortunately, genetic counsellors and medical geneticists are currently only available in certain provinces (Gauteng, Western Cape, KwaZulu-Natal and the Free State), because there are few trained specialists in the field and the demand for genetic services is greater than the country can currently provide. Genetic services are not available in rural areas other than at outreach clinics set up by academic genetic centres.

If you are considering getting tested for a genetic disorder that runs in your family it’s advisable to discuss the matter with other family members ahead of time.

Macaulay adds that “individuals who have a family history of a genetic condition would benefit from attending a genetic counselling consultation and considering genetic testing in order to clarify their risks of having, or carrying, the condition. By clarifying their genetic status they can make informed decisions about their medical management, pregnancy plans and future".

It’s important to realise that a genetic test is not a quick-fix solution to all of your health problems. By their very nature these tests only provide limited, and in some instances inconclusive, information. There is also the possibility that you will receive unwanted information or information the significance of which is unknown at present.

A result suggesting that you have an increased chance of developing a disease doesn’t necessarily mean that you actually will. Similarly, in some cases, the absence of genetic indicators does not guarantee that you will never contract the associated illness.

Don’t underestimate the potential emotional and psychological impact of DNA results that might tell you that you are at an elevated risk for a serious disease. This can be a frightening experience and is a very good reason to consult a genetic counsellor who can help you interpret and deal with your results.

Beware of less than ethical companies, especially online, who are out to make a quick buck by selling little more than modern day snake oil. Some of these companies advertise genetic tests that make the benefits sound more accurate and helpful than they may actually turn out to be, promising things they can’t necessarily deliver. When in doubt, consult your doctor or a genetic counsellor for advice on whether or not certain companies and tests are legitimate.

by Andreas Wilson-Späth For Health24