Sects and Sectarian Movements in Hinduism 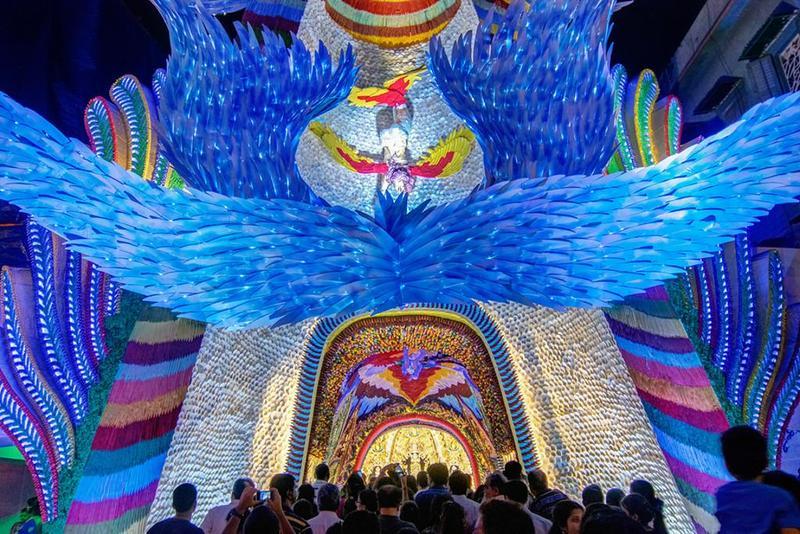 Time and again we have reiterated that Hinduism is not a religion but a group of religions, religious traditions, beliefs and practices.

The various traditions, ascetic movements and schools of philosophy within Hinduism, which can be categorized as full fledged religions in themselves, are presently considered sects or sectarian movements within Hinduism. Some of them are very old and some very recent.

The most important sects of Hinduism are:

Encompassing all these and even more is the popular Hinduism which contain the best of each of these traditions. These sects follow different traditions and practices in worship gods and images in the temples and households. Primarily there are two distinct traditions of worship: Vedic and Agamic. The Vedic tradition is again divided into Vaikhasana and Pancaratra, while the Agamic tradition is divided into Adi Saiva and Tantrika.

If Hinduism survived for over 5000 years in the face of many challenges and emerged from it with greater clarity and vigor, the credit goes mainly to the efforts and contribution made by many enlightened individuals. From time to time, they appeared on the horizon and took upon themselves the responsibility of reforming it and reviving it or dealing effectively with competing traditions. They compensated for the absence of an organized and central authority that would direct its progress with missionary zeal.

These individuals came from different backgrounds. They were ascetics, self-realized yogis, religious scholars, teachers, intellectuals, authors, commentators, kings, merchants and other influential people who had the knowledge or the insight or the wherewithal to spend money and resources for a religious cause.

Through their selfless effort, they brought to Hinduism new perspectives, new insights and new adherents. Without being bogged down by the weight of orthodoxy and conventional wisdom, and without questioning the authority of many ancient scriptures that were believed to be infallible, they worked selflessly to keep the traditions alive and vibrant. They injected fresh thought.

They modified the prevailing concepts. They submitted to faith and scriptural authority. They defended its base, when necessary, from the atheistic movements like that of the Lokayatas or compromised in the face of more convincing argument to absorb a new idea.

Hinduism benefited greatly from the contribution of these great individuals. Not being a religion in the ordinary sense of the word and bound by no particular creed or dogma, it assimilated a wide range of spiritual and speculative thought and established a firm foundation upon which it could grow and evolve continuously.

It adopted itself to the challenges of changing times and succeeded in catering to the spiritual and religious needs of diverse groups of people and communities. Like a tree that grew in every direction, Hinduism expanded in multiple directions, providing solace and comfort under its huge canopy to people of diverse tastes, castes, professions, backgrounds and opinions.

The six schools of philosophical thought such as Samkhya, Nyaya, Mimansa and Vaisheshika, the ascetic movements of the Ajivikas, Kalamukhas, Pasupathas, Ganapatyas, Bhagavatas and Sramanas, the broader movements such as Vaishnavism, Saivism, Saktism or Tantricism were some of the ancient traditions that began as sectarian movements within and outside the eternal tradition (sanatana dharma) we identify today as Hinduism and became an integral part of it over a period of time.

However some movements such as Jainism, Buddhism and Sikhism acquired a status of their own and evolved into distinct and full-fledged religions, rejecting, retaining, redefining and improving upon its concepts and traditions.

Technically there is no distinction between a cult and a sect except in our interpretation and attitude. In modern times, especially in the western world, cults have acquired some notoriety because of the association of the word with street gangs, youth gangs and student gangs and the secrecy, violence, negativity and some questionable standards, rituals and practices followed by some of them in the name of race, religion or a particular political or ideological dogma.

Sect is perhaps a more acceptable term because it conveys a more warmer and positive image of a group of people who are rooted in traditional and orthodox beliefs pursuing their faith in more creative and distinctive ways bound by and committed to a core set of beliefs, practices, conventions and rules that distinguish them as a separate group within a much larger group of the faithful and also at the same time identify them and unite them with it so that its traditional roots and historical base are never lost sight of.

The alternative expressions are new religions, alternative spiritualties, new age movements and so on. Interpretations of these words is a fairly complex subject and would require a separate treatment. For the purpose of this article we call these movements generically as sectarian movements and proceed with our main theme.

Hinduism continues to evolve in the modern age, with a crop of sectarian and reformist movements that aim to instill a new vitality in age old traditions with interpretations and approaches of their own and a missionary zeal to carry the message globally to a wider audience.

Usually these movements are initiated by enlightened gurus having exceptional leadership qualities and organizational skills backed by loyal, cross cultural, well educated and intensely committed followers. Some movements flourish and expand even after their original founders pass away, while some suffer from leadership conflicts, resource constraints and credibility issues and gradually lose their momentum.

One of the most authoritative sources of information on modern sectarian movements is the book entitled New Religions A Guide of Oxford University Press and edited by Christopher Partridge. I would recommend this book to anyone who is interested in studying new religious movements, sects and alternative spiritualties within Christianity, Judaism, Islam, Zoroastrianism, Indian religions, eastern religions and other traditions. The following list of modern sectarian movements with in Hinduism are collected from this book.

The Self-Revelation Church of Absolute Monism

The Church of the Shaiva Siddhanta

The Auroville Movement of Sri Aurobindo and Mother

The 3HO Foundation of Yogi Bhajan

The Lifewave founded by John Yarr

The above list does not included the following movements1. These are not sectarian movements in the strict sense of the word but movements within traditional Hinduism with a strong following, organizational setup and identity of their own.

The Art of Living Foundation of Sri Sri Ravishankar