Scientists Prove That Religion Was Key to Our Evolution 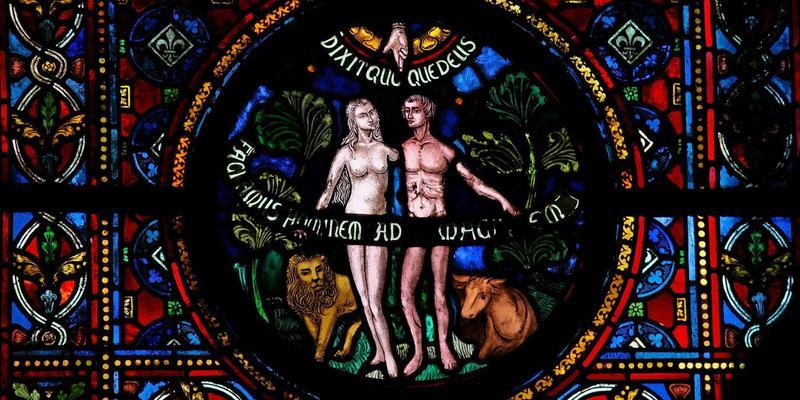 In humans’ mysterious journey to become intelligent, socializing creatures like no other in the animal world, one innovation played an essential role: religion.

That’s the theory that a preeminent evolutionary scientist is setting out to prove.

“You need something quite literally to stop everybody from killing everybody else out of just crossness,” said Robin Dunbar. “Somehow it’s clear that religions, all these doctrinal religions, create the sense that we’re all one family.”

Dunbar, an evolutionary psychology professor at Oxford University, gained some measure of fame more than 20 years ago for his research on the size of animals’ social networks. Each species of primate, he found, can manage to keep up a social bond with a certain number of other members of its own species. That number goes up as primates’ brain size increases, from monkeys to apes.

Humans, Dunbar found, are capable of maintaining significantly more social ties than the size of our brains alone could explain. He proved that each human is surprisingly consistent in the number of social ties we can maintain: About five with intimate friends, 50 with good friends, 150 with friends and 1,500 with people we could recognize by name. That discovery came to be known as “Dunbar’s number.”

And then Dunbar turned to figuring out why Dunbar’s number is so high. Did humor help us manage it? Exercise? Storytelling? That riddle has been Dunbar’s quest for years — and religion is the latest hypothesis he’s testing in his ongoing attempt to find the answer.

“Most of these things we’re looking at, you get in religion in one form or another,” he said.

Dunbar is just one of a recent wave of scientists who are interested in how religion came to be and how people have benefited from it. “For most of Western intellectual history since the Enlightenment, religion has been thought of as ignorant and strange and an aberration and something that gets in the way of reason,” said Christian Smith, a sociologist at the University of Notre Dame who studies religion. “In the last 10 or 20 years on many fronts, there’s been a change in thinking about religion, where a lot of neuroscientists have been saying religion is totally natural. It totally makes sense that we’re religious. Religion has served a lot of important functions in developing societies.”

In the case of Dunbar and his colleagues, they already published research demonstrating that two other particularly human behaviors increased people’s capacity for social bonding. In the lab, they showed that first, laughter, and second, singing, left research subjects more capable of forming connections with other people than they were before.

Religion is the remaining key to explaining humans’ remarkable social networks, Dunbar thinks. “These three things are very good at triggering endorphins, making us feel bonded,” he said last week at the American Association for the Advancement of Science’s annual meeting, where he presented his team’s research on laughter and singing and introduced the forthcoming research on religion.

Religion includes numerous elements of Dunbar’s earlier studies on endorphin-producing activities. Lots of singing, to start. Repetitive motion triggers endorphins, he said, noting that traditions from Catholicism to Islam to Buddhism to Hinduism make use of prayer beads.

Plus, researchers have shown that doing these activities in synchronized fashion with other people drastically magnifies the endorphin-producing effect: Picture the coordinated bowing that is central to Muslim, Jewish and Catholic worship.

And Dunbar’s most recent published research demonstrated the effectiveness of emotional storytelling in bonding groups of strangers who hear the story together — again, a fixture of religious worship.

“What you get from dance and singing on its own is a sense of belonging. It happens very quickly. What happens, I suspect, is that it can trigger very easily trance states,” Dunbar said. He theorizes that these spiritual experiences matter much more than dance and song alone. “Once you’ve triggered that, you’re in, I think, a different ballgame. It ramps up massively. That’s what’s triggered. There’s something there.”

Dunbar’s team will start research on religion in April, and he expects it will take three years. To begin, he wants to map a sort of evolutionary tree of religion, using statistical modeling to try to show when religious traditions evolved and how they morphed into each other.

Of course, religious people themselves might find Dunbar’s theory odd — most don’t think of religion existing to serve an evolutionary purpose, but of their faiths simply being true.

But Smith thinks one can easily have faith in both God’s truth and religion’s role in human development. “From the religious point of view, you can say this … . God created humans as a very particular type of creature, with very particular brains and biology, just so that they would develop into the type of humans who would know God and believe in God,” Smith said. “They’re not in conflict at all.”

He added: “A lot of people assume, falsely, that science and religion are zero-sum games: that if science explains something, then religion must not be true. … If you were God and wanted to set up the world in a certain way, wouldn’t you create humans with bigger brains and the ability to imagine?”

One more research finding on the place of God in our brains — remember Dunbar’s number, the five intimate friends and 50 good friends and 150 friends each person can hold onto? Dunbar says that if a person feels he or she has a close relationship with a spiritual figure, like God or the Virgin Mary, then that spiritual personage actually fills up one of those numbered spots, just like a human relationship would. One of your closest friends, scientifically speaking, might be God.