SELFFAMILYSOCIETYHUMANITYEARTHUNIVERSEDIVINE
Home/‘Sacred Prostitution’: An Ancient Tradition Based on Respect for the Woman

‘Sacred Prostitution’: An Ancient Tradition Based on Respect for the Woman 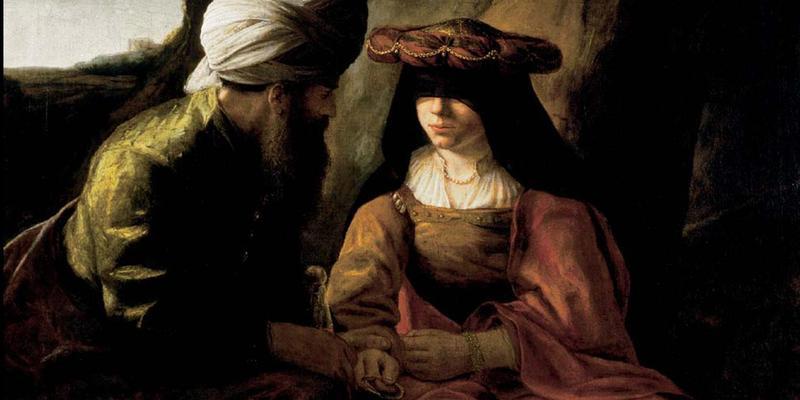 The “father of history”, the Greek scholar Herodotus, was the first classical writer to investigate, rather than merely record, the cultural and social practices of his ancestors and the world around him. In , he charts the ancient traditions of the Greek world and the Persian empire, comparing cultural differences and contradictions.

Women appear in The Histories in a variety of guises. In some regions, men and women have equal authority. In others, matrilineality prevails. Herodotus finds evidence of tribes of warrior women who must kill in battle to be allowed to marry, and others who are auctioned off as wives like slaves.

One of the most unusual practices Herodotus details is the that of sacred prostitution, which he observes in the ancient city of Babylon. It “compels every woman of the land to sit in the temple of Aphrodite and have intercourse with some stranger at least once in her life…

Once a woman has taken her place there, she does not go away to her home before some stranger has cast money into her lap, and had intercourse with her outside the temple…

It does not matter what sum the money is; the woman will never refuse, for that would be a sin, the money being by this act made sacred. So she follows the first man who casts it and rejects no one. After their intercourse, having discharged her sacred duty to the goddess, she goes away to her home.”

Historians have traced evidence of the horae, as the women involved in these practices of sexual worship were called, in various guises throughout the ancient world, as far back as 6000 BC. Actor Susie Lamb first came across them as an archaeological student at University College Dublin, and she was fascinated by the way in which the status of women and the representation of the female role in sex had changed over the millennia.

“The idea of sacred prostitution,” she says, “is almost entirely incomprehensible to the modern imagination. involved women having sex as an act of worship. It is completely unlike what we think of as prostitution today; the relationship between men and women in this ancient tradition is based on respect for the woman. She was seen as a powerful person. I was fascinated by how alien it seemed that there could be a sexual exchange of this kind that could support, as opposed to denigrate, a woman.”

Although Lamb’s performance piece Horae, which fuses narrative and image, music and dance, centres on the experience of a single woman as she undertakes the unusual rite of sexual worship, Lamb says she was as much interested in portraying “the relationship these women had with men. It is central to the piece, because what is so challenging to our assumptions is the fact that it was women who had the power.”

It is 10 years since Lamb first began writing the fragments that would become Horae, which she presents at the Complex in Dublin this week. After graduating from the Gaiety School of Acting in 2000, she worked as a jobbing actor, while creating her own work with the theatre company Tintreach.

“I always thought it just wasn’t an option to sit back and wait for the phone to ring,” she says. “But when you are working as an independent artist, everything happens by increments, because you are largely doing it all without any financial support, so any time there is an opportunity for paid work you take it, and get back to the writing when you can.”

She first performed Horae in Kilkenny in 2014, at a three-day festival called Nest, which she co-produced with Niamh Moroney.

“We called it an ‘investigative festival’. It was looking specifically at female-made interdisciplinary work,” she says. “At the time, even the discussion around female visibility and equality in the arts was very new. We were interested in the idea of creating a physical space and an expressive space where you could have different female bodies on stage, and different kinds of narratives being told.”

As a female artist, this issue of visibility, representation and opportunity had personal as well as political resonance for Lamb. The second-youngest child of two actors, Peadar Lamb and Geraldine Plunkett, she observed first-hand that opportunities for women on stage are generally fewer than those for their male counterparts, and that they shrink with age.

“There were five kids in the house, and my mum was the primary caregiver,” Lamb says. “She did work, but she was freelance and she was lucky she got some great roles, but she would admit that as she got older there was a lot of what she called the ‘mother mo chroí’. My dad was a member of the Abbey company, so he was as nine to five as you can get as an actor, and while he wasn’t always getting the main parts, there was a lot of opportunity for playing different roles.”

Lamb experienced the disparity of opportunity directly too, as she watched her younger brother, Marcus, follow her to drama school and into professional acting life.

“He graduated three years after me, and when I look at us, two people who had the same background, the same education, the same encouragement… For a while we were going along on the same trajectory, but then his started veering one way and mine the other,” she says.

It was a question of “the volume of auditions, the range of roles available, and then there are the limitations around growing older that arise for female actors, as opposed to male actors, when they reach a certain age”.

Creating your own work, she says, is certainly one way to try mitigate the disparity of opportunity, but it also offers the possibility of challenging the status quo.

“It’s funny,” she says, “because on the one hand I am a jobbing actor. I go to auditions and work for other people, and I am a bit more accepting or resigned to the limitation and inequality. You don’t have the final say or control. But as a creative theatre artist, making my own work, I have a different set of standards in terms of what I am willing to compromise on, and that is quite an empowering place to be in.”