Home/Articles/Reform Among the (People who Study) Pagans

Reform Among the (People who Study) Pagans 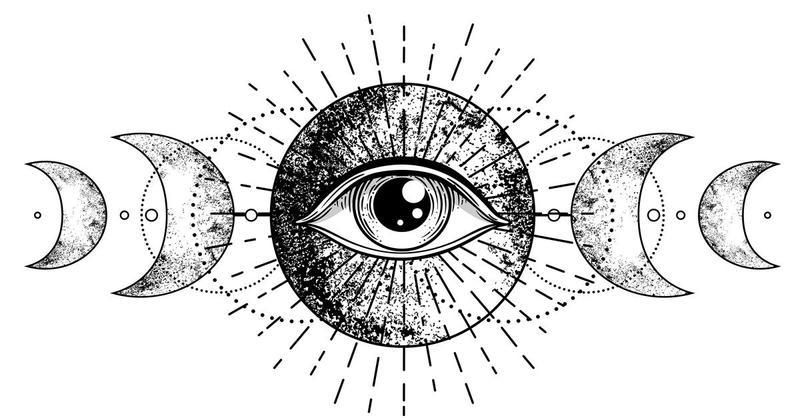 For some time now, a debate has been rolling about the status of “pagan studies” as a field of academic research. It’s not that there’s been any doubt about the importance of studying contemporary paganisms; on the contrary, academic as well as mainstream interest in reconstructionist pagan groups as well as magical groups along the lines of Wicca and Thelema, still appears (anecdotally) on the increase.

The problem has rather been with the aims and goals of pagan studies as a prospective discipline, as well as the approaches advocated for studying it. In an article just published in The Pomegranate – the foremost (or, rather, the only) peer-reviewed academic journal dedicated to this field – the up-and-coming (and highly productive) scholar, Ethan Doyle White (known from the Albion Calling blog), argues that the time has come for reform. The issue of whether or not pagan studies follows accepted scholarly methods was catapulted into the academic pagan discourse as an apple of discord in 2012, when Markus Altena Davidsen (here cast in the role of Eris) published a review article in MTSR, entitled “What Is Wrong with Pagan Studies?” Davidsen argued that at least four things are wrong: it’s dominated by the methodological principles of essentialism (there is a “pure” essence of “pagan spirituality”), exclusivism (pagans are pagans period), loyalism (the job of the pagan scholar is to service the pagan community), and supernaturalism (the gods are real). The following year, an entire panel was devoted to Davidsen’s critique at the American Academy of Religion – and published in The Pomegranate vol. 15. 1-2.

Responses from paganism scholars divided into two camps: those who outright dismissed the critique as wrongheaded or even sinister, and those who conceded some of its points while regretting its tone and tact. Moreover, several participants in this debate started contrasting pagan studies with the study of esotericism. This is perhaps understandable, since not only do these two fields share a considerable degree of overlap in subject matter – more rudimentary forms of Davidsen’s critique were also being raised by some scholars of esotericism around that same time (including Kocku von Stukcrad, Kennet Granholm, and the present author). Back in 2013, Doyle White belonged to the second camp of scholars who understood the critique but defended the field (see his “In Defense of Pagan Studies”). Reading the new contribution, one gets the impression that the critique has settled and matured somewhat. The hesitation is gone: Here is a complete, confident argument for revising the field, pretty much in the direction that Davidsen suggested. Moreover, and this is half the reason why I want to devote a post to the issue, Doyle White brings out his argument for reform through an interesting comparison with the study of esotericism. While there are a number of other aspects to Doyle White’s intervention, the basic argument is this: “Pagan studies” has failed to professionalize and normalize within the study of religion, and this is in part due to uncertainties about what it is the field studies and how it studies it.

On the “what” issue, many scholars have operated on the assumption (largely attributable to the influence of Michael York’s Pagan Theology [2003]) that there is some immutable and timeless essence to “paganism” (whether related to “polytheism”, “nature worship”, or something else) which means that it can be found all over the world in different periods. On this assumption, “pagan studies” has been construed not simply as the study of contemporary reconstructionist groups that refer to themselves as “pagans” and draw on ancient traditions recorded in historical and archaeological sources, but also the study of the (non-Abrahamitic) religions of mediterranean antiquity, and even of the distant polytheist and animistic religions such as Hinduism or Shinto. On the “how-to” issue, Doyle White picks up on the wide-spread opinion that the field is and ought to be an academic arm of the pagan community itself, with a goal to service the community (what Davidsen called “loyalism”). In the end, Doyle White argues that a name change might be required for the field to be professinonalized. “Pagan studies” retains the connotation of a field that belongs to “the pagans” (the very same problem we have with “religious studies” – which is why I prefer more proprietary versions, like “history of religion”, “science of religion” [similar to the Germans, in my native Scandinavian language we use “religionsvitenskap”], or even the generic “study of religion”) while remaining vague about the boundaries of the field of study (the “pagan”), and is hence an impediment to professionalization and acceptance by the broader scholarly community. This is where Doyle White looks to the field of esotericism for comparison and inspiration. He observes that esotericism scholars have opted for a different naming strategy that signals a difference in academic attitude:

Adopting this model, Doyle White proposes to replace “pagan studies” with something like “the academic study of contemporary paganism”. This would not only make clear the relation between the object of study (paganism) and the approach (the accepted methods of various academic disciplines), but it would also specify the boundaries of the object of study itself as the study of contemporary groups that claim a pre-Abrahamitic religious heritage of some sort. In fact, going through the back catalogue of The Pomegranate, Doyle White finds that the vast majority of scholarly papers do already focus on this more narrowly defined object. Shifting the name, then, would highlight and accurately portray the work that most academic scholars in this field are in fact doing. As someone working in the esotericism field myself, it is hardly surprising to anyone that I sympathize with this argument. In future, I will adopt the label “academic study of contemporary paganism” and only use “pagan studies” to refer to a specific normative discourse about how paganism ought to be studied.

I do, however, wonder if the comparison with Western esotericism is apt on all levels. While it may be true that this field has achieved a slightly higher degree of professionalization and acceptance among scholars of religion in general, it is really only marginally better. There can be no doubt anymore about the scholarly rigor and methodological robustness of the study of esotericism as exemplified through its peer-reviewed journals, book series, international conferences and organizations, and even a couple of degree programs (Amsterdam, Paris, Groningen, Rice) on the MA and PhD levels. However, if we look at the job market, a freshly minted PhD from Amsterdam’s Center for the History of Hermetic Philosophy and Related Currents can pretty much forget finding a job that has “esotericism” in the job description. (See Marco Pasi’s comment in the ESSWE newsletter of Spring 2015 for an interesting reflection on this more pessimistic view of the field’s progress). Instead, the route to professionalization goes through showing how high-quality research and teaching in this area is relevant for broader categories, such as the study of “religion” (or, in fact, the history of science or art history), or else cast oneself as a specialist of some specific phenomenon or current (e.g., “Christian neoplatonism in the renaissance”, “contemporary alternative religion/spirituality”, “Jewish and Christian kabbalah in the 18th century”). It seems likely that this is the same kind of professionalization that the academic study of paganism can hope for: a limited number of schools where PhDs can specialize in the subject, before having to sell their competence with relevance to broader areas of interest within the academy. Seeing that the trouble with studying “paganism” in the past has been its interdisciplinary scope (the exact same thing is still true for “esotericism”, by the way), it seems likely that scholars of (contemporary) paganism might try to professionalize not only in departments of the history of religion, anthropology, and sociology, but (like esotericism scholars) in departments of intellectual and cultural history as well.