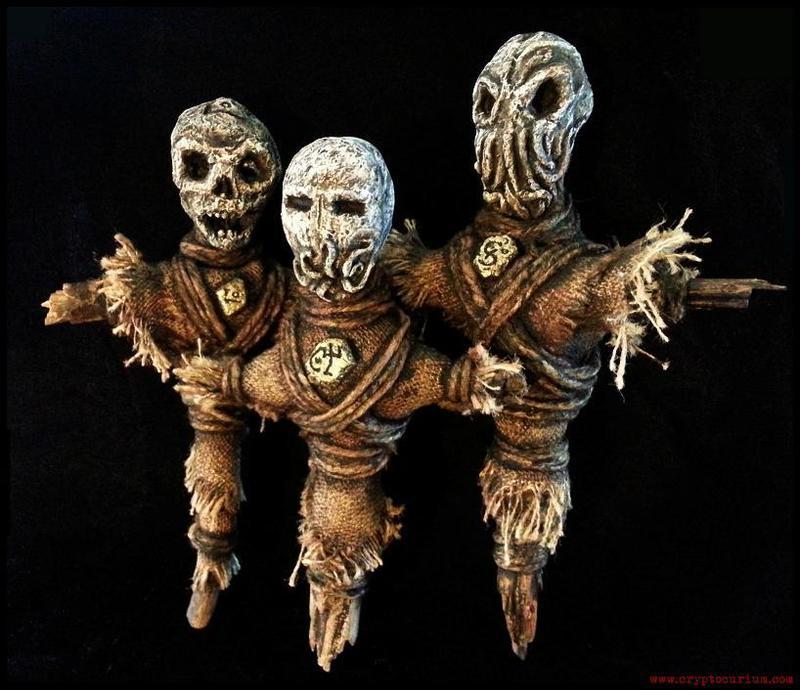 Seven years ago, neuroscientists Ed Vul and colleagues made waves with their paper on ‘voodoo correlations’ in social neuroscience. Now, in a new paper, historian of medicine Cornelius Borck looks back on the voodoo correlations debate and asks whether neuroscience might be likened to voodoo in another sense.

Borck argues that neuroscience has something in common with animism, the religious belief that spirits inhabit various objects. In particular, he says, fMRI studies can be likened to the ‘soul catchers‘ of Native American animism, as like a soul catcher, the fMRI experiment seeks to localize and pin down a mental (some would say spiritual) phenomenon into a physical location:

The soul catcher is a tool for capturing a soul, and for manoeuvring with a spirit like a material object… modern brain research technology could be described as functioning in, at least, a certain respect as a soul catcher (as if it were the product or tool of an animistic culture), leaving aside the question of whether there is any similarity in the entities called ‘soul’ across the different approaches. Soul catchers were used to capture something immaterial and elusive, and also in the sense of controlling some form of supernatural power. Similarly, brain research technologies capture the immaterial…

Hmm. I’m not sure that this analogy is really a useful one. Also, it seems to me that Borck has misunderstood Vul: Borck describes the ‘voodoo’ paper as a “radical critique” of social neuroscience, but it wasn’t one; it was a specific criticism of a particular statistical technique. Furthermore, Borck goes on to say that Vul and his coauthors “lost the debate”. That’s not my impression. It’s now generally accepted that Vul was right about the statistical point he made.

Despite these limitations, I did enjoy reading Borck’s paper because as a neuroscientist, it’s interesting to get an outsider’s perspective on the field. I was struck by the following argument:

There are no ghosts under the sun, not even inside the brain… however, social neuroscience populates the world with a surprisingly large number of entities which until now had been regarded as of ambivalent if not dubious ontological status, because hitherto they had clearly fallen outside the realm of material objects.

Social neuroscience … demonstrates psycho-social and cultural entities to be proper neurophysiological states with well-defined cerebral substrates in the form of specifically activated brain regions or neuronal networks… With the availability of functional imaging and especially with the emergence of social neuroscience, like empathy, aggression or revenge have been characterised as functional human brain states of specific determinations….

With social neuroscience, scientific research addresses questions of general interest today by means of scientific research and in a style apparently directly relevant for society at large. Social neuroscience reveals social cognition to be something materially real, neurophysiologically realised, regardless of all questions from cultural relativism or social constructivism…

Borck’s point here is that when neuroscience studies a given social or psychological phenomenon, it tends to concretize and reify that phenomenon in the process. Neuroscience, in other words, in seeking to explain and understand behaviours, also has a side-effect of changing how we think about and categorize those behaviours.

I think there’s a lot of truth in that. The ultimate manifestation of this neuroscience-as-conceptualization might be the Research Domain Criteria (RDoC), the project of the National Institutes for Mental Health that seeks to categorize psychiatric symptoms and behaviours along ‘neuroscience-informed’ lines.

by Neuroskeptic For Discover Magazine