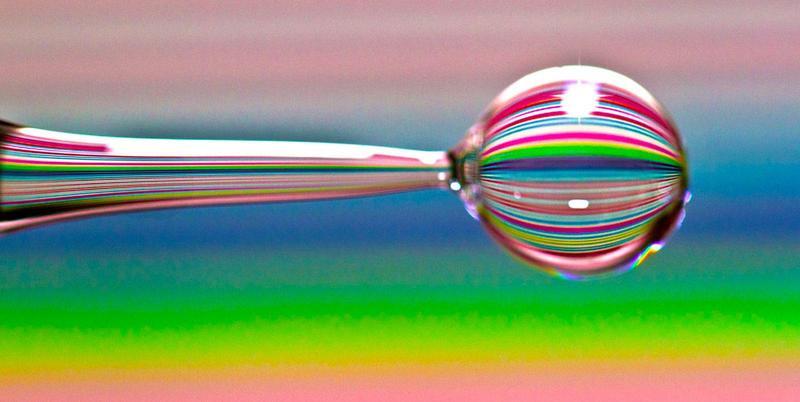 Inside the backyard of a south Sydney property, a postmodern shaman grows a selection of psychedelic plants he says he uses for medicine.

The shaman, who wishes to be known only as Boaz, claims to be one of many suburban healers using psychedelics to overcome mental anguish. He'd told us:

“It takes away ego and makes you look deep inside your own soul, which is a very powerful tool.” Despite using psychedelic substances, Boaz doesn’t like to be considered a “druggo” with any of the negative connotations that come with that label. “I am not into synthetic party drugs and only use natural plants, yet I am still conscious to respect the effect they have on me,” he said. “It’s disappointing that people shun plant medicine without even exploring the benefits it has to offer. I feel the prosecution of shamans is the equivalent of a modern day witch hunt.”

He might sound wacky, and it must be noted that what he is doing is illegal, but recent scientific studies have found magic mushrooms to be effective in alleviating severe depression in volunteers during clinical trials. One such study, published in The Lancet Psychiatry journal, took 12 patients that had been depressed for an average 17.8 years. After just one week of receiving an oral dose of psilocybin — the hallucinogenic chemical found in magic mushrooms — all patients experienced a solid improvement in their symptoms. Even more surprising was the fact after three months, five were in complete remission. The healing power of psilocybin is something Boaz claims to have first-hand experience with. “I used to suffer depression and anxiety, but that all changed when I took mushrooms,” he said. “I was levelled out in the experience as it was quite the emotional release and for the weeks and months following, my depression was all but gone.” The other drug Boaz claims has the biggest benefits is N,N-Dimethyltryptamine or DMT. Also known as “the spirit molecule”, DMT is the world’s most powerful psychedelic extracted from the Acacia tree, which is native to Australia. UFC commentator and comedian Joe Rogan is another to talk about the benefits of the drug. Boaz explained DMT can either be smoked or turned into ayahuasca and consumed as a liquid. “People have been using DMT or ayahuasca for as long we have existed on this planet, with indigenous Amazonian Indian cultures renowned for holding ceremonies divinatory and healing purposes,” he said. “In more modern times, the drug has been a proven treatment for substance abuse and other disorders. “As the intense high from smoking DMT only last around 15 minutes, it’s preferable to those who do not want to go on a long trip.” Boaz knows there is still a long way to go before plant medicines become accepted, but this won’t stop him preaching of their healing powers in the hope to spread information. “I honestly believe psychedelics can remove blockages and problems, while opening up your reality spectrum for a better life,” he said. “You just have to remain aware of what you are doing, so you don’t abuse them.”

Another Drug with a Hidden Benefit

A Sydney man, only wishing to be known as James, recently had an experience with psychoactive drug MDMA. He wasn’t in a busy nightclub dancing until the sun came up; instead he was at home trying to overcome the demons from his past. “I was watching a documentary on SBS about how MDMA had been used to treat returning soldiers and other people suffering PTSD,” he said. “Abandoned by the mental health system and having greatly struggled with my own PTSD for the past seven years, I decided the treatment might be worth a try.” The 44-year-old said he sourced a single cap containing MDMA and returned home to take it in the comfort of his loungeroom, not before asking his neighbour to check on him. “I had sweats, my heart was pumping and knew I was freaking out. Luckily, I was able to keep myself centred,” he said. “I was f***ing high, but mental stimulation, emotional warmth and general sense of wellbeing washed over me and I was able to say sorry to God and forgive all the negatives I had experienced in my life.” James said after just one trip and the reflection process that followed, he was able to release the darkness, which had haunted him for so long. “In the weeks following the treatment I met with my psychiatrist and spiritual councillors, who all agreed that I seemed the happiest and healthiest since they have known me,” he said. James was aware of the risks going into the treatment and as a self-confessed addict, he knew he couldn’t abuse the drug because it would be diminishing if he did. “You have to be aware what you are doing. I have done the treatment once and it worked for me, so there is no need to ever do it again,” he said. “I chased the monster out of my mind, so why would I want to risk taking MDMA again and reawakening it.” Following his experience, James said he would like to see MDMA legalised for treatment purposes. “I think it should be legalised, but only available through the proper medical channels with doctors signing off and administering the drug to patients,” he said. “People with legitimate issues could then go to hospitals and clinics to be overseen by trained professionals, so they can reap the full benefits of the treatment.”

What the Experts Say

Founded in 1986, the US-based Multidisciplinary Association for Psychedelic Studies (MAPS) is a non-profit research and educational organisation working to explore the way people can benefit from the careful use of psychedelics. MAPS director of communications Brad Burge said the organisation is about exploring the risks and benefits of these compounds to see if they can become a legal treatment for those suffering PTSD, anxiety, depression or substance abuse problems. “A common misconception of MDMA is that it is a recreation compound, but history shows it was a therapeutic compound long before it became ecstasy on the criminal black market,” he said. “That adulteration has made MDMA a more dangerous substance, which has been known to cause death in high doses and this is what has developed the negative stigma surrounding it. “We believe it has really strong therapeutic effects and low risk when using pure MDMA in a clinical environment.” MAPS is currently performing double blind placebo phase two studies with 107 patients and Mr Burge says there have been great results.

Following the success of the stage two studies, MAPS is in talks to commence stage three studies, which would allow them to treat at least 230 more patients. “The goal here is to make MDMA a generic drug for treatment available by prescription only, with people only allowed to use the psychoactive substance under the direct supervision of medical professionals in a clinical environment,” he said.

In addition to MDMA, MAPS has also been exploring research into the safety and effectiveness of ayahuasca-assisted treatment for drug addiction and PTSD. He said:
Mr Burge said before psychedelics were criminalised, there was a large scientific interest in them. “We are trying to continue clinical trials in specific fields of research in an attempt to cure mental health problems prevalent in society,” he said. While MAPS is optimistic about the studies, EcstacyAddiction.com holds a different view. “Psychoactive substances that affect the mind, whether it is MDMA, cocaine, heroin, marijuana, alcohol — the list goes on and on — are not a solution to man’s ills or his personal failings or problems,” the website reads. “Using drugs to ‘solve’ a problem in interpersonal relationships begets new problems associated with drug use. Drug-induced thoughts and emotions are just that — drug-induced. A person’s real thoughts and true emotions do not stem from a chemical substance. “A healthy body and a well-functioning mind undamaged by psychoactive chemical substances are requisite to living life fully, finding self-satisfaction, and experiencing rewarding interpersonal relationships. In truth, there is no chemical substitute for living life.”