Home/Articles/Origins of Astrology: The Egyptian Legacy

Origins of Astrology: The Egyptian Legacy 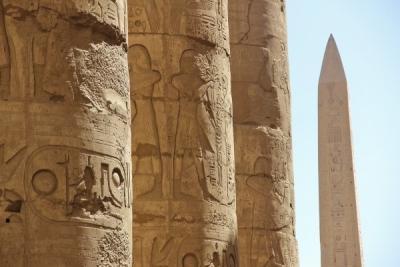 If there was one thing that embodied the concept of the divine for the ancient Egyptian, it would be transformation. A notion that a thing can become another thing was the essence of Egyptian magic. The Afterlife documents are full of spells for transforming, for coming into being in other forms. The process of mummification, called beautifying in Egyptian, meant to transform the corpse from rotting mortal remains into something of a cult statue, immune from decay, a form that allowed the deceased to live in another way. The natural world was transformed every year by the annual flood of the Nile; without it, there was no life in Egypt. In their view of the universe, of nature, and of the divine, everything had its origin in transformation, everything was shaped by it, everything was directed towards it.

In his first encyclical letter “Deus Caritas Est” (God is love), Pope Benedict wrote: “Everything has its origin in God's love, everything is shaped by it, everything is directed towards it.” The equivalent of what Benedict explains about what God’s love means to Christians was, for the ancient Egyptians, transformation.

In the natural world, the two reasons of transformation known to the Egyptians were time and chemistry. These two were the subjects of rigorous research by the Egyptian priests for centuries; yet, links to later astrology and alchemy, even when supported by numerous ancient authors, are typically denied by Egyptologists. What is it that so many researchers have missed? We’ll put the problem of alchemy aside here as my focus is on astrology and there is plenty to study in astrology. First of all, astrology is the study of relationships between moments of time based on a unique point of view concerning how time functions. Astrology’s foundation is the knowledge of this concept of time. That it was understood through the behavior of stars is evidence of Egyptian influence.

Academics do acknowledge that ancient people used the sky to mark and measure time, and when it comes to attempts to understand respectable time-keeping, involving calendars or clocks, they are willing to deal with that limited aspect. But what have been taken to be calendars and clocks from ancient Egypt present some practical issues: mainly, that no one can get them to function. The theories behind how these alleged calendars and clocks were actually used tend to be awkward at best, outlandish at worst. Within Egyptology, some of the more esoteric ideas concerning the nature of time as conceived by the Egyptians have been undertaken as part of theological studies, but the striking parallels to fundamental tenets of later astrology appear to be unknown to the experts, so any potential connections to astrology are left unexplored.

Otto Neugebauer completely misunderstood the Egyptian decan system, and because of that, he –- and all who follow him unquestioningly –- fail to recognize that the Egyptian decans were incorporated directly into Hellenistic astrology. My understanding of the decan model solves the problem of Neugebauer’s confusion. It is clear that the Egyptians divided the sun’s apparent path into 36 sections rather than the 12 the Babylonians used in the zodiac that was adopted by the Greeks. The Egyptian zodiac used many of the same stars used by the Babylonians and the Greeks. Greek and Roman authors were pretty correct in attributing some of what was incorporated into astrology from the Egyptians.

It’s not so much that academics do not understand, though some don’t; the fact is that many will not understand. They simply refuse. They tend to cringe at the mention of astrology. Beliefs incorporated in it are typically not considered worthy of research and are not recognized as having arisen in ancient religion. The few scholars who have written anything on ancient astrology seem to feel compelled to defend their interest in the subject, while proclaiming as loudly as possible that astrology is stupid or superstitious because it is not science. They go to great pains to reassure readers that they are far too smart to believe astrology themselves. When they do explore ancient astrology, their bias tends to lead them to concentrate on what is easy to dismiss as irrational, e.g., omen reading.

The scholars who specialize in ancient religions typically do not have the depth of understanding of astrology to recognize ideas that have survived into it when they encounter them in other documents. Besides, most of those who study Egyptian religion have already been indoctrinated by Neugebauer so that they are certain astrology has no foundation in Egypt and no place in Egyptian culture until the Late Period. Coupled with the fear, ignorance, and distaste for astrology that is advocated and even celebrated by academics, it’s not surprising that little headway has been made into any serious exploration of astrology’s Egyptian origins.

Archaeoastronomy, the other area that purports to make sense of what is alleged to be Egyptian astronomical material, accepts as fact many absolutely unsubstantiated, often ethnocentric assumptions. Thanks to the fantasies of historians of Western science and astronomy, it has become ingrained in many academics that anyone who ever looked at the sky in ancient times for almost any reason, with the possible exception of bird-watching, was a de facto astronomer. So, we meet the ridiculous epithet “astronomer and snake charmer” being applied to the Egyptian Prince Harkhebi, who perhaps lived in the third century BCE. He is given this label by Neugebauer and Parker, who translate the text on a statue that tells us about him and what he knew. Their notes on their translation are in parenthesis; my emendations of their translation are in brackets.

Hereditary prince and count, sole companion, wise in the sacred writings, who observes everything observable in heaven and earth, clear-eyed in observing the stars, among which there is no erring; who announces rising and setting at their time, with the gods who predict the future, for which he cleared himself in their days when Akh (decan) rose helically beside Benu (Venus) from earth and he contented the lands with his utterances; who observes the [twA risings] of every star in the sky, who knows the heliacal risings of every [decan] in a year, and who foretells the heliacal rising of Sothis at the beginning of the year. He observes her (Sothis) in her festival, knowledgeable in her course at the times of designating therein, observing what she does every day, all she has predicted is within his responsibility; knowing the northing and southing of the sun, announcing all its wonders (omina?) and appointing them for a time, he declares when they have occurred, coming at their times; who divides the hours for the two times (day and night) without going into error at night; knowledgeable about everything which is seen in the sky, for which he has waited, skilled with respect to their conjunction(s) and their regular movement(s); who does not disclose (anything) at all concerning his report after judgment, discreet with all he has seen.