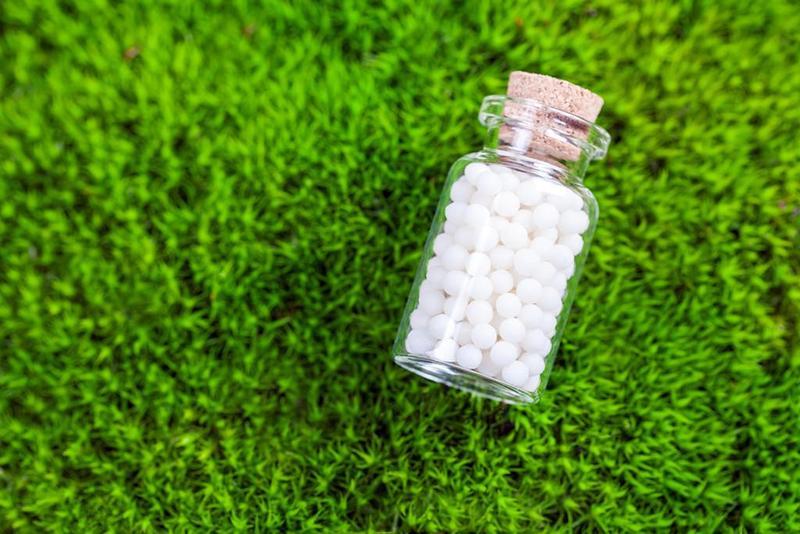 Is psoriasis really curable? Will Homeopathic remedies for psoriasis permanently cure it ? Why use homoeopathy for psoriasis? How is it so that a disease which is termed incurable by the orthodox system of medicine can be cured with homoeopathy? These intriguing questions are very commonly faced by homoeopaths all over the world, dealing in skin disorders.

How Homeopathy works for Psoriasis

Firstly, one needs to know that Homoeopathic remedies for psoriasis work by optimising our defence mechanisms. Psoriasis is a result of an overreaction of an immune response, and homeopathy cures it by optimising the immune over-response. It does not suppress the immune system. So, homoeopathic healing is not a miracle or a lucky exception but a fact of biology; the result of the optimum utilisation of the body’s natural healing system which is curative and non-suppressive in nature.

Secondly, it is important to realise that the statement by the conventional system of medicine that psoriasis cannot be permanently cured, is only their own opinion, based according to the results achieved with their treatment.

The safety aspect also strengthens the case for homoeopathic medicines to be used for treating psoriasis. While using them, the patient is not exposed to the risk of toxicity as homeopathic remedies for psoriasis are highly diluted and side-effects are extremely uncommon.

Psoriasis is a chronic non-contagious skin disorder. It can affect any part of the body but most often occurs on scalp, elbows, knees, hands, feet and genitals. It may present itself with severe itching and physical discomfort. Although there are many types of psoriasis, the most common type is characterised by raised and thickened red patches covered with silvery scales. Many skin disorders may portray such symptoms, but three main features which differentiate psoriasis from other skin disorders are: psoriasis has well-defined borders. The surface has silvery scales that easily come off and the skin under the scales has a shiny red appearance.

Half of the cases of psoriasis show some changes in their nails .There may be pitting, yellow – pink discoloration or complete loss of nail due to the involvement of nail matrix and nail-bed.

Psoriasis is a skin disorder caused by the over-reaction of our immune system. T-cells (a type of white blood cells) usually protect our body from certain infections and diseases, but in psoriasis they are put into an over-action mode along with other immune responses. This immune over-response leads to inflammation and fast production of immature skin cells. Usually, the production of skin cells takes about a month before they mature, but in psoriasis it may occur in only a few days. One-third of all the cases have a strong family history of psoriasis.

It is very clear from the above discussion that psoriasis is not so simple to prescribe for. So, it requires a lot of detailed study of the patient before anything can be prescribed. It requires a deep constitutional analysis. The history of the disease, the family medical history, physical and mental characteristics of the patient, the likes and dislikes, medication details are all taken into consideration. This approach stands in consonance with the homoeopathic convention: Treat the patient, not the disease. here is the details of the top grade homeopathic remedies for psoriasis . I would rank Arsenic Album and Graphites as the top grade homeopathic remedies for psoriasis treatment.

Arsenic Album tops the list of homeopathic remedies for treating psoriasis. Homeopathic medicine Arsenic Album is indicated in psoriasis where skin peels off in large scales. Skin is dry, scaly and excessively rough. Dryness is accompanied with burning and itching. Cold applications worsens the itching and burning. The use of homeopathic medicine Arsenic album must also be considered for patients who have alternation between their skin symptoms with respiratory troubles like asthma. In homeopathy mental symptoms of a patient are given extreme importance while deciding the constitutional remedy . An Inportant mental symptoms for selecting Arsenic Album in psoriasis include anxiety and restlessness

Graphites is a highly effective homeopathic remedy for psoriasis . It is mainly used when there is excessive dryness and scaling . Graphites is effective in various types of psoriasis – scalp , guttate , inverse and nail psoriasis. In scalp psoriasis , it is mainly used when psoriatic patches over scalp are attended with marked itching and burning . Slight sticky discharges may be present. In guttate forms it is used when skin is dry and rough with fine scales. In inverse psoriasis it is indicated when patches appear in bends of limbs, groins and behind ears. Lastly in nail psoriasis it is the best indicated when nails are brittle, deformed, and crumble very easily.

Amongst all types of psoriasis plaque psoriasis is the commonest form. The lesions are mostly seen on scalp, elbow and knees. The lesions are typically dry, red with adherent silvery white scales in abundance. The best homeopathic remedies for psoriasis of plaque type are Arsenic Iodatum, Arsenic Album and Phosphorus. These homeopathic medicines can be used as per the main symptom presentation. Arsenic Iodatum is best choice when large scales peel off from the psoriatic patches with rawness of skin left behind. Arsenic Album is used when excessive scale exfoliation is accompanied with marked itching, burning and cold application worsens the symptoms. Homeopathic medicine Phosphorus gives good results when plaques are prominently present on knees and elbows.

Guttate psoriasis mainly shows its presence on arms, legs and trunk. The lesions are small drop like with fine scales. Homeopathic remedies for psoriasis of the guttate type are Graphites, Sepia and Kali Ars . Graphites is mainly indicated when the psoriatic lesions show extreme dryness and roughness with fine scales. The constitutional symptoms that carry high value for selecting Graphites in psoriasis include timidity, indecisiveness, sadness and despondency. Homeopathic medicine Sepia is another top remedy for guttate psoriasis. To make Sepia a choice of remedy in psoriasis, constitutional symptoms are given importance. Last mentioned remedy Kali Ars is used when numerous patches of dry, scaly skin appears with intense itching. Kali Ars is also applicable when discoloration of skin results after psoriasis

Homeopathic remedies for psoriasis when scalp is involved are Calcarea Carb, Lycopodium and Graphites . Calcarea Carb is selected mainly for scalp psoriasis in those persons who shows a tendency to perspire freely mostly on scalp. Intolerance towards cold, increased body weight and craving for eggs are another set of symptoms that carries importance to make Calcarea carb a choice of medicine in scalp psoriasis. Worsening of symptoms in wet weather may also be seen. The next homeopathic medicine Lycopodium is selected when psoriatic patches over head are attended with excessive itching. Evening time between 4:00pm to 8:00pm is the worst time for itching aggravation. The psoriatic subjects needing Lycopodium may give some sort of history related to urinary or gastric sphere. Homeopathic medicine Graphites is used when scalp is covered with thick, dry psoriatic patches and itching with burning accompanies. As a result of intense itching and scratching sticky discharges may be seen on scalp.

Homeopathic remedies for psoriasis when it is of the pustular type are Hepar Sulph and Silicea. Both these medicine occupies high rank in homeopathy for eruption with pus discharges. Hepar Sulph is indicated when excessive burning, stinging pains are present and skin is sensitive to touch. Warm coverings are preferred by the person needing Hepar Sulph. Silicea is second most preferred homeopathic medicine whenever skin shows suppurating tendencies. Silicea helps in proper healing of pustular psoriasis by absorbing the pus in the most harmless manner.

Top homeopathic remedies for psoriasis when joint are involved are Sulphur, Radium Bromatum, Staphysagria and Rhus Tox . Sulphur can be used when increased use of local medication have suppressed the psoriatic skin lesions and joints are affected thereafter. Radium Bromatum is useful for where the psoriatic patches have itching and the joint pains are worse at night. Staphysagria can be used when skin symptoms alternate with joint pains. Rhus Tox is useful for relieving acute joint pain attacks in psoriatic arthritis.