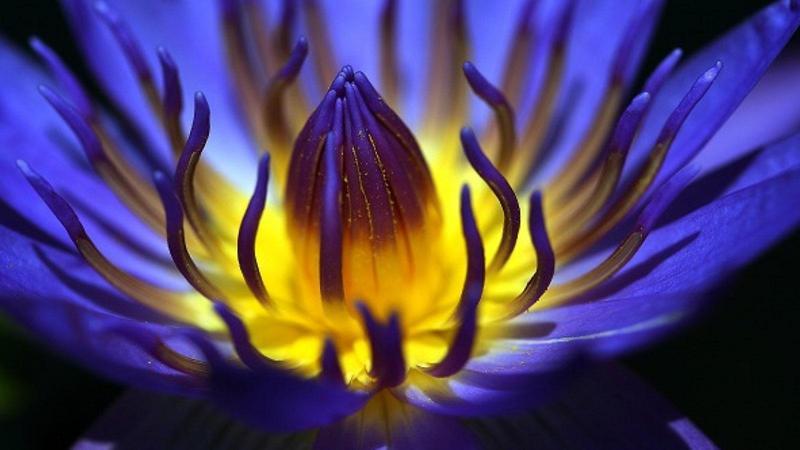 is used as an aid for many ailments as well as for recreational purposes. Blue Lotus is reportedly used to relieve pain, to enhance memory, to increasing circulation, to experience feelings of euphoria and ecstasy, and as a sexual aphrodisiac.

This flower can be used by both men and women as an aphrodisiac. It is a painkiller that is especially useful for relieving muscle spasms, migraines, and tinnitus (ringing in the ears). It can be smoked, which is especially beneficial for eliminating migraine headaches, since they usually accompany nausea. is reported to be “as strong as codeine”, but it is effective in remedying migraines, menstrual cramps, and various moderate pains.

is used to treat gastrointestinal problems, diarrhea and dyspepsia and aid in sleep.

The plant is actually a natural sedative. It contains small amounts of alkaloids highly similar to those used for sedation and anti-convulsant purposes.

To prepare it, boil 1 or 2 cups of water, then add 5 grams of dried blue lotus petals and bulb and steep for about 20 minutes. Drink, and you’ll start to feel it in about 30 minutes. You could add more petals, maybe 5 to 10 grams more, if you want to feel extra relaxed.

To this day Egyptians use a tonic made from 6-12 drops or up to 1 table spoon of extract mixed with juice. It is said to be a tonic richer than ginseng, a pain reliever richer than arnica, circulation stimulant richer than ginkgo biloba, and a sexual stimulant similar to Viagra.