Home/Articles/Ketamine – More Than a Recreational Drug

Ketamine – More Than a Recreational Drug 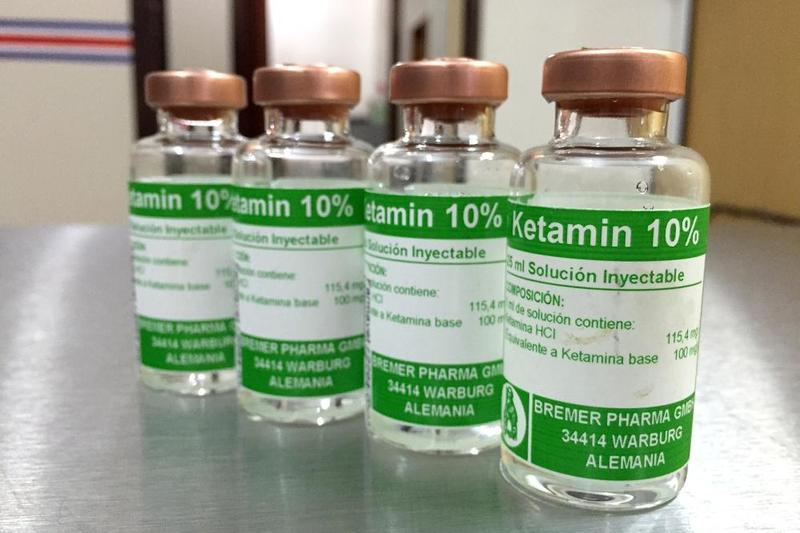 Ketamine was first introduced in 1962. It was initially presented as a fast acting general anesthetic, being widely used as a battlefield anesthetic in the 1970s. Ketamine is considered a dissociative anesthetic – it creates an altered state of consciousness, distorting the perception of sound and vision, and producing a feeling of detachment from oneself and from the environment which provides pain relief, sedation, and amnesia.

In the clinic, ketamine is mainly used for starting and maintaining anesthesia. Given its fast sedative action, it is frequently used in emergency situations. Its main effects usually begin within five minutes of injection and last up to 25 minutes.

But ketamine can have some impactful psychological side-effects as the medication wears off, such as agitation, confusion, or hallucinations. The latter is the main reason for its use as a drug of abuse or recreational drug. Ketamine began to be illicitly consumed in the 1970s and, nowadays, it is equally known for its medical and recreational use. Ketamine can produce illusions or hallucinations that are enhanced by environmental stimuli, which explains its popularity as a club drug.

Ketamine is still used in medical contexts as an anesthetic, although its use has become less common and more restricted. However, in recent years, a new use for ketamine has been emerging.

Ketamine as an antidepressant drug

Recent studies have shown that ketamine has fast antidepressant actions in patients with major depressive disorder, even in those with the most treatment-resistant forms of depression. Major depressive disorder is a highly disabling condition with limited treatment options that are often ineffective. The onset of depression is poorly understood but it is thought to derive from a combination of neurochemical factors and triggering life events, such as overwhelming stress. Potential neurochemical factors include defects in the major neurotransmitters of the central nervous system, glutamate and GABA.

Glutamate is the major excitatory neurotransmitter in the central nervous system. Experimental studies in animal models of depression have associated glutamate with depression, showing that there may be altered levels of glutamate receptors; increased glutamate concentrations have also been found in the brains of patients with major depressive disorder. Since ketamine acts by blocking the action of the NMDA glutamate receptors, this is a likely mechanism for its fast action in depression.

Indeed, a single dose of ketamine has been shown to be able to normalize the activity of glutamate receptors. Importantly, the effects of ketamine occurred only at low doses, indicating that these antidepressant effects can occur without the psychological side effects associated with high doses of ketamine.

GABA, on the other hand, is the major inhibitory neurotransmitter in the central nervous system. It has also been associated with depression – mice with an impairment of GABAergic transmission exhibit behavioral signs that mimic the emotional patterns of depression, which supports the view of a causal link between GABAergic neurotransmission and depression. Major depressive disorder has been linked to reduced levels of GABA and GABA receptors, and to reduced expression of glutamic acid decarboxylase, an enzyme that converts glutamate to GABA.

These two effects may seem contradictory, but these deficits in the GABAergic system may actually lead to increased glutamate concentrations. However, some studies have also reported reduced rather than increased brain levels of glutamate. This has led to the hypothesis that depression may actually be associated with a dynamic balance between changes in GABAergic and glutamatergic transmission. The mechanisms underlying this possible relationship were mostly unknown, but a new study published on the journal Biological Psychiatry sheds light on this subject.

A matter of balance

A stable and regular functioning of neural networks relies on an ability to maintain a balance between inhibitory and excitatory neurotransmission. In the mentioned study, and with the goal of understanding how the balance between GABA and glutamate levels may be linked to depression, the consequences of GABAergic deficits on glutamatergic synapses were investigated. It was found that mice with depression associated with GABAergic deficits also showed reduced expression and function of glutamate receptors.

This study thereby establishes the link between the GABAergic and glutamatergic deficits described for depression, and suggests that it may be caused by a dysregulation of the equilibrium mechanisms that act to restore the balance of excitation and inhibition. It is possible that conditions of chronic or repeated stress, which may trigger the development of depression, may do so by affecting the balance between GABA and glutamate levels, or by impairing the mechanisms that could restore that balance. Indeed, chronic stress has been shown to decrease the production of glutamate receptors and to render GABAergic inhibition ineffective.

This work also reinforced the antidepressant efficacy of ketamine. However, ketamine will always have a huge drawback due to its drug-of-abuse properties. The use of other NMDA glutamate receptor antagonists without the side-effects of ketamine has been tested with promising results, leading to similar effects as those obtained with ketamine. Here may lay the answer.