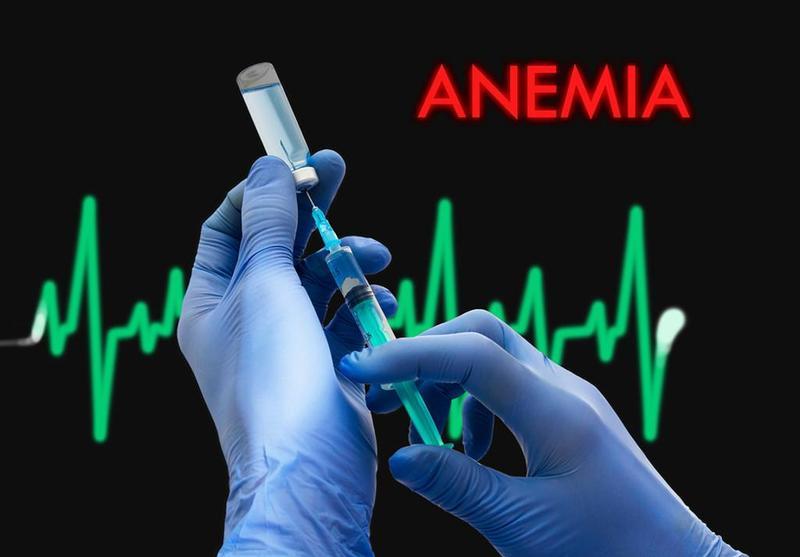 Each month, I receive all types of health questions. Sometimes I can answer a lot of questions at one time by covering a particular topic in detail. Hundreds of questions can be answered and just as many health solutions can be found in a discussion about iron deficiency.

If you notice that you are losing more hair as you get older, have heart problems, less energy, extreme fatigue—or one of the many symptoms I’ll mention later—you may have a problem with iron deficiency. But to call it "iron poor blood" would be an oversimplification, to say the least. Your intake and utilization of iron involves many areas, and you need to have a full understanding of it if you expect to be as healthy as possible.

How the Body Uses Iron

Iron has been called the second most important mineral in your body (calcium being number one). Your body contains only 3–5 grams of iron (there are 28.35 grams in 1 ounce)! Even though you need very little iron, it is absolutely essential for life, and your body works hard to recycle and reuse the iron it has. In fact, you normally don’t lose more than 2 mg a day.

It would seem that because you need such a small amount, it would be easy for everyone to get enough iron from their regular diet. This is not always the case. While your efficiency at using iron is fantastic, your ability to digest iron is sometimes lacking, especially as you get older.

If you remember, iron is one of the three substances that requires lots of hydrochloric acid from the stomach to be digested properly. Calcium and protein are the other two. Even when your stomach produces 100 percent of the acid it should be, you still digest and assimilate only about 10 percent of the iron you eat. If you’re over 50 years of age and your stomach is producing only 15 percent of the hydrochloric acid it produced at age 25, then your chances of getting enough iron are pretty slim. (It’s even worse if you are over 65 years of age.) If you have digestive problems like gas, bloating, and indigestion—problems also associated with healthy digestive function—then it's likely you also have an iron problem.

What Are the Risks of Iron Deficiency and Anemia?

Anemia is misunderstood by doctors and laypeople alike. Most of the problems caused by anemia are caused before it shows up in laboratory tests and diagnostic procedures. In fact, it's likely that hundreds of thousands of people trudge through life as anemics or borderline anemics.

A medical dictionary would say that anemia is either a reduction in the number of red blood cells (RBCs) or a reduction of the amount of iron carried by RBCs. Since the iron in your RBCs carry oxygen to every living cell of your body, another definition would be that anemia is a lack of oxygen to the cells. Being anemic is like not getting enough air to breathe. Like all things, you can have varying degrees of anemia. Anemia can be a complicated subject; however, I won’t have to go into too much detail for you to understand the problem and more importantly, the solutions. As I’ve mentioned, anemia can be either (1) a reduction in the number of RBCs, or (2) a reduction in the amount of iron carried by the RBCs.

The first type of anemia can be caused by excess bleeding or the body’s inability to produce RBCs. This is easily detected in a normal blood test.

The type of anemia comes into play when you have difficulty absorbing or assimilating enough iron from your diet. In this case, the laboratory tests may show that you have the normal amount of RBCs but that they may be iron deficient. Iron gives the red color to blood, and an anemia of this type is called "hypochromic" anemia (hypo = low, chromic = color).

Symptoms and Effects of Anemia

Enough of the technical stuff for a minute. Let me show you how dangerous a "simple" iron deficiency can be. It’s not so hard to see how an iron deficiency can cause you to be tired all the time, when the cells throughout your body can never get enough oxygen due to the deficiency. But did you also know that your heart would have to compensate for this by pumping the blood faster? If your heart feels like it’s going to jump out of your chest when you first stand or sit up, you may be low on iron. The extra oxygen needed for you to do any activity can cause the heart to momentarily race (palpitations). There are people all over the country taking medication to slow their heart down, who may have nothing more than an iron deficiency. Is it any wonder why the medication makes them even more fatigued?

Dark circles under the eyes can either be from a build-up of toxins in the body or from poor oxygenation to the cells as in anemia.

Practically any symptom that can be caused by poor circulation can indicate a possible iron deficiency. Depression, fatigue, inability to concentrate, learning difficulties in adults and children, and memory problems are all associated with low iron. All growth and repair processes in the body depend on adequate oxygen supplies.

When you fully consider this, it's no accident that most of the exclusive health and rejuvenation spas are located high in the mountain areas of the world. At first, this would seem inconsistent with what I just said about the importance of getting enough oxygen to each cell, but if you follow the thinking all the way through, it makes complete sense. Although the oxygen content of the air is the same (approximately 20 percent) at high altitude, the atmospheric pressure is much lower—making it harder to breathe. There’s less pressure to help push the air into your lungs. Quickly going to a higher altitude can cause breathlessness, heart palpitations, headaches, nausea, fatigue, and mental impairment (sounds like anemia, doesn’t it?). But the change also shocks your body’s protective mechanism, and it begins to both produce more RBCs and pull from its iron reserves in the liver, spleen, and bone marrow cells to meet the oxygen demand. After an "acclimatization period" of a few days, you begin to feel refreshed and alive with energy. This new ability to get enough oxygen to your cells can change your whole personality and vitality.

Other symptoms that go hand-in-hand with an iron deficiency are practically identical to the ones associated with aging. Among them are weak rectal muscles, partial deafness, tired in the morning—feeling better at night, brittle nails, night sweating, pale skin, stinging headaches, burning in the soles of the feet, eye soreness, not getting enough air, asthma, heart palpitations, sore joints, ankle swelling, loss of bladder control (bed wetting), difficulty in remembering and lack of concentration. Hair loss, especially in women, may be due to lower iron levels in the blood.

How to Treat Anemia and Iron Deficiency Naturally

As nice as it might sound, the answer to low iron problems is not to move to the mountains. Your body would gradually become acclimated to the higher altitude and the symptoms of anemia would gradually return. There is an easy solution, though, as you’ll see.

Consider supplementation. If your level of iron is known to be low, most likely you’ll need an iron supplement. Iron in the form of ferrous fumarate seems to work best. Make sure your iron supplement contains folic acid (folate). A deficiency in folic acid presents the same symptom picture as anemia. High quality supplements will also contain B12. Check the label for the amount of "elemental" iron, not the total iron content. Elemental (iron in the salt form) is the only type we can absorb. One bottle that advertises 200 mg of iron may, by closer observation, have only 10 mg of elemental iron. If the label doesn’t list the elemental iron, you can always check to see what percent of the RDA it furnishes. The RDA is 8 mg per day for all men and for women over the age of 51, and 18 mg per day for women under the age of 51 (or who have yet to go through menopause).

Take digestive enzymes. To maximize the benefit of an iron supplement, you may need a digestive enzyme. You can almost bet on needing one if you have problems with calcium or protein digestion.

Avoid contraindications with foods. Don’t take iron at the same time you take vitamin E or with eggs—both will reduce your absorption capabilities. Coffee and tea also interfere with iron assimilation. On the other side of the coin, citrus juice and vitamin C can increase absorption rates tremendously.

Finally, know that iron can be constipating to some people. If you’re bothered with this, a good stool softener (not laxative) will help. Some iron supplements now contain softeners.