SELFFAMILYSOCIETYHUMANITYEARTHUNIVERSEDIVINE
Home/Increasing Your Life Expectancy: Modern Medicine’s Impact on the Extension of Life

Increasing Your Life Expectancy: Modern Medicine’s Impact on the Extension of Life 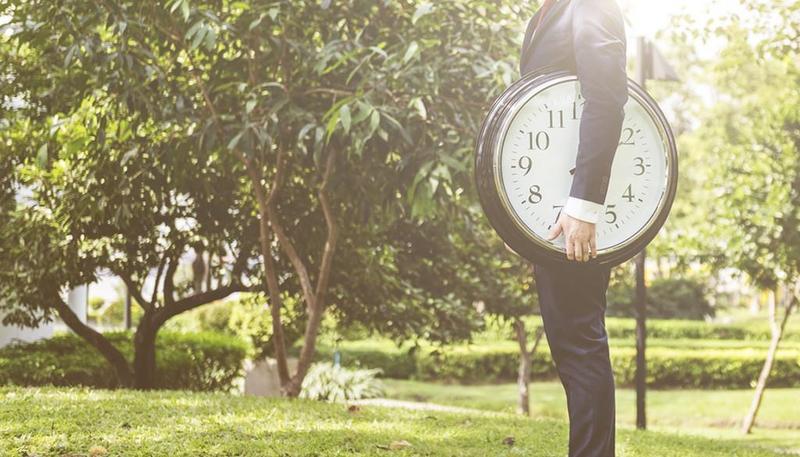 All too often, we hear that the reason life expectancy has been increased is thanks to the marvellous developments in modern medicine. This is a message that is repeated many times and promoted by the medical industry – with little or no evidence.

In fact, the opposite may be the truth. A combination of not understanding the concept of life expectancy, ignoring scientific facts, plus a willingness to take credit when it is not due has seen the medical industry promote itself as the reason we live longer. Behind the scenes, this is little more than a marketing strategy for the big pharmaceutical companies.

The overemphasis of modern medicine on the pharmaceutical model and “silver bullet” approach has led to a disempowerment of individuals over their own health during the past few decades, during which we have seen a huge rise in chronic illness. The more specialists and the bigger the medical budget, the poorer the health of the public.

Let’s take an example: the US uses 50% of the world’s pharmaceuticals and spends more per person on medicine than any other nation, yet has one of the poorest health outcomes in the developed world.

Modern medicine tends to focus on prescriptive treatment of disease, rather than health promotion, prevention and management. It is likely that everyday medical care provides little contribution to increased life expectancy of a population.

Gains in life expectancy worldwide have been greater during lastcentury than at any other time in recorded history.5,6 Statistical analyses show that since the early 1800s life expectancy at birth has seen a linear rate of increase.7

Within this time, it has been human advances in sanitation, increased food supply, improved access to water, and basic preventative medicine that have helped drive these steady increases in the developed world – not pharmaceuticals. The majority of life expectancy gains were made before pharmaceuticals to treat heart attack, stroke and other forms of chronic illness were even developed.

However, it is important to understand the concept of life expectancy. It is the average number of years of life remaining at a given age for a selected population. Life expectancy at birth is commonly used as the main indicator of human health and well-being. It is said to give an indication of the overall mortality of a population.5 However, it is a poor indicator of population health.

Life expectancy is poorly understood. Most people think it is increasing the age to which they can live; for example, people at 50 think that they are going to live longer because of an increase in life expectancy. This is not the case. Life expectancy is a statistical anomaly, which takes the average of the age of a person’s death. It includes everyone: infants, children, teenagers right through to those in their old age. This means that if the rates of infant mortality are reduced, the average life expectancy is dramatically increased overall.

This reduction of child mortality skews the life expectancy.9 Statistical analysis has revealed that the trends in cohort geriatric mortality follow those of reducing childhood mortality.10 This means that benefits from improvements in mortality rates of younger generations provide a false impression of the benefits to older generations. Furthermore, life expectancy at birth can only predict life expectancy with 95% confidence to within a fourteen-year range.

That is, we may live to 80 years of age plus or minus 14 years. Therefore it cannot be trusted as a reliable base to measure contribution of health interventions for whole population life expectancy. Reduced child mortality positively skews life expectancy statistics and gives the misconception of increased population lifespan.

To highlight the problems with this approach even further, the high rate of infant mortality in the 1900s was a result of the advent of pathological anatomy in the 1820s, and consequently the increase in number of conducted autopsies, is correlated to the incidence of fatal childbed fever. The decline in the 1840s and 1850s was a result of hygiene practices that the medical profession battled against for two decades. Why did it take so long?

Life expectancy at birth does not provide adequate information as to the health or morbidity of a population prior to death.5,9 Better statistical analyses should be used that incorporate both morbidity and mortality measurements of population health. That is, continued increases in life expectancy in the future should only be considered worthwhile if accompanied by longer periods of good health.12 More consistent measures like the “potential years of life lost” should be used.9

Modern medicine tends to focus on prescriptive treatment of disease rather than preventative avoidance and health management.13 We need to re-establish the balance between disease prevention for a population, as opposed to only treating consequences of disease to prolong individual life.

Billions of dollars are spentinventing and testing new drugs that only marginally extendthe benefits of those they replace, instead of using existing resourcesto better deliver effective services.15 Despite the billions of dollars spent, there is no population-based data to allow the direct connection of prescriptive medical care to the extension of life.4 In fact, numerous studies have shown the opposite.

A major Australian study found an association between increasing mortality and an increase in the doctor supply,11 which is attributed to increasing adversities or complications caused by or resulting from medical treatment within society.11 This is known as autogenesis and has been the subject of much study. Depending upon how one uses statistics, autogenesis is now considered either first, second or third in comparison to cancer and cardiovascular rates. It is one of the biggest killers; most iatrogenic deaths are due to undesired effects of drugs when taken at a normal dose. In Australia alone, thousands of people die prematurely every year as a result of prescription drugs.

There is no evidence to link increased medical spending and health outcomes, with many lower-spending nations such as Cuba tending to have better outcomes than higher-spending nations such as America.16 It is fascinating to consider that despite having one of the lowest doctor-to-patient ratios in the developed world, Okinawans and the Seventh Day Adventists living in California can expect one of the highest life expectancies.

Modern medicine cannot be given credit for increasing life expectancy at birth. Theory suggests that with increasing doctor supply, a population becomes increasingly dependent on their services to maintain health and ultimately neglects the more important lifestyle factors that contribute to longer, healthier life.

To the peril of preventative health care, there is often more short-term political capital to be gained from the construction of hospitals and investments in curative technology than from alleviating the causes of ill health.

With obesity and heart disease emerging as leading causes of mortality in the developed world, we must ask where life expectancy is headed in the future and give more political weight to preventative care. Theories of a time lag effect suggest a possible regression of life expectancy in the future, even with better health outcomes during infancy, which may very well be a result of contemporary approaches to healthcare.

Nowadays few people are ignorant of the dangers of smoking, drug and alcohol misuse, driving while intoxicated, risky sexual behaviour, fatty diets and so on.16 Reduction in these contributors to premature mortality must be considered significant for life expectancy gains.11 The cost of smoking cessation to save a life, not to mention the reduction in suffering and morbidity, is in the hundreds to a few thousand dollars per person21 and a recent Australian study reported favourable cost-effectiveness for smoking interventions, physicalactivity interventions and multiple behaviour interventionsin high-risk groups.

Okinawa, Japan boasts one of the longest life expectancies for its population in the world.23,17 There are also a significantly large population of centenarians living within the region.1 Despite being one of the poorest regions in Japan and being the bottom ranked in socioeconomic indicators for the country, Okinawa ranks at the top for its populations health and life expectancy.24 Okinawan people tend to live long and, most importantly, healthy lives. This is attributed to diet, high levels of physical activity, and strong cultural values that include good stress-coping abilities.

It just so happens that Okinawa culture embraces Hara Hachi Bu, which means to eat only until 80% full.25 Caloric restriction is the only consistently reproducible experimental means of extending mean and maximum lifespan. Laboratory experiments show markedly decreased morbidity in laboratory mammals that are fed to only 80% full.25,26 Much of the developed world stands to learn from this, as obesity linked to poor eating habits is an ever-increasing epidemic.

Studies on populations with Okinawan ancestry living in Hawaii have supported claims that epigenetics are more influential to longevity than genetics.24 That is, Okinawans who leave the island do not live as long as those who live on the island. Furthermore, studies on the oldest living natural population in the world, the Seventh Day Adventists living in California, support these findings.

Any gains in life expectancy have to be seen in the context of the healthy habits in which a population engages. Those living longer – 80 years or more – right now were born in the 1920s and 1930s. They developed healthy eating and lifestyle habits that many of them still practice. It is unlikely that the next generation will enjoy these longer and healthier years due to poor habits.

Our reliance on doctors and prescription medicine to ensure population longevity appears to be very narrow in light of its historical contribution to health. Starting down the right path with appropriatenutrition and lifestyle are important componentsof healthy aging and increasing your life expectancy.

by Peter Dingle For The New Dawn