How to Talk About Racism 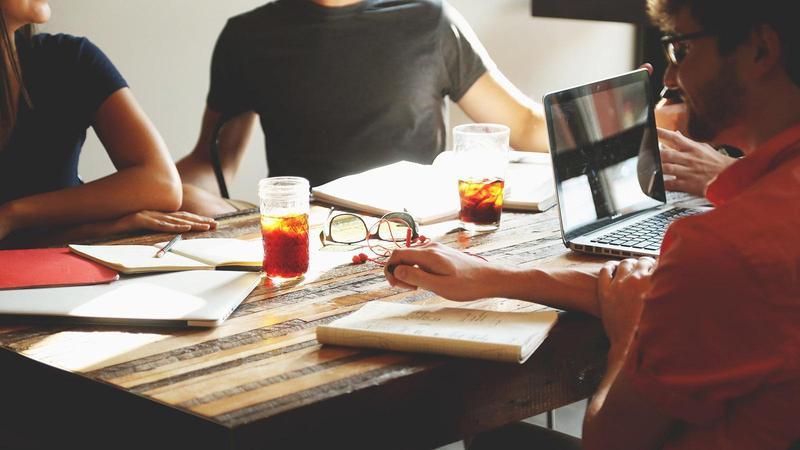 Bring up racism at a party and don’t be surprised if people would rather shy away from the topic of casual chit chat. Indeed, clear racial inequalities pervade modern society, but the tricky question has been how to address it.

As a social psychologist, I often have the opportunity to talk about prejudice. It’s been an important area of research for decades, and I have to decide how best to convey that research when I teach classes on the topic. Is there an ideal way to present the topic in a way that engenders support for efforts to reduce racial inequalities? One study aimed to find out the answer.

There are a couple ways to think about what racism is and where it comes from. On the one hand, you can focus on prejudice as the product of individual people’s biases. This “individual biases” approach has been pretty dominant in social psychology. We often dig deep into the mind’s playbook to see how people label others, stereotype them, and react with prejudice.

This perspective emphasizes that racism is the product of people with racist tendencies. And there’s plenty of evidence that individuals think about their social worlds in ways that reinforce group inequalities.

Of course, the issue with this perspective is that people don’t usually like to hear it. When they hear that “everybody has at least a little bit of prejudice,” they can get defensive and search for ways that they haven’t been so evil.

The individual biases perspective also allows people to search for the handful of “bad apples” causing trouble and ignore more persistent issues that allow racial inequalities to endure. For example, the more people view racism as a problem stemming from a handful of racists, the less they acknowledge racial inequalities when they occur.

Racism as a Structural Issue

The other view of racism is that it’s a product of a bigger system that’s biased in who has access to resources. This “sociocultural approach” has gained more attention over the years. The idea is that elements of culture, grounded in a long history of building society to where it is now, play a large role in shaping racial inequalities.

In other words, it’s not the direct effects of individual people’s biases that reinforce racial inequalities, but is instead a sort of bias “in the air” that permeates a lot of society’s structure.

As an example, you may have heard of stereotype threat, which is when targets of negative stereotypes will under-perform simply because there’s a cultural expectation of their failure. This isn’t a case of individual racist people actively undermining a group’s success. It’s an unfortunate byproduct of stereotypes that just exist in a society.

How to Talk About Racism

So, which of these perspectives should we emphasize when talking about issues of diversity and race? In 2008, a group of researchers published some studies aimed at finding out.

They developed two versions of a class about racism, which was delivered either as an online tutorial or a live lecture. Each class covered the basics of psychology as it applies to racism. In the individual biases version of the class, students also learned about how certain personality characteristics relate to prejudice and how people often harbor unconsious forms of bias that they can’t necessarily control.

In the sociocultural version of the class, the extra information that students learned was instead about systemic privilege, institutional racism, and stereotype threat.

Several days after students took their assigned class, the researchers reached out for a follow-up survey. The survey asked about students’ views of racism, their acknowledgement of racial inequalities, and their support for policies aimed at reducing racial inequality.

The interesting thing, though, is that the sociocultural version of the class didn’t undermine a concern about individual biases. The students in all conditions equally understood racism to stem partly from individual biases.

Let’s Talk About the System

As with anything, there’s more work left to understand the bigger picture, but this initial work is encouraging. It will be helpful to know how best to convey the sociocultural perspective on racism. This study used a couple specific versions of a formal class to initiate these conversations, but there may be better methods still to be discovered.

It will also be helpful to see these patterns replicated on a larger scale. This study had 20 – 30 people taking each version of their racism class. Moving forward, it would help to present those lectures to more students to check how much the sociocultural lecture differs from the standard lecture in its impact.

Finally, let’s see how long these effects last! This study did a good job testing the lasting impact of these perspectives, looking at their effects up to a couple months later. But with more students and a longer time frame, we’ll have a better sense of how well these perspectives can create lasting changes.

But for now, we have an interesting approach to an impactful question!