How to Pick Your Next Health App 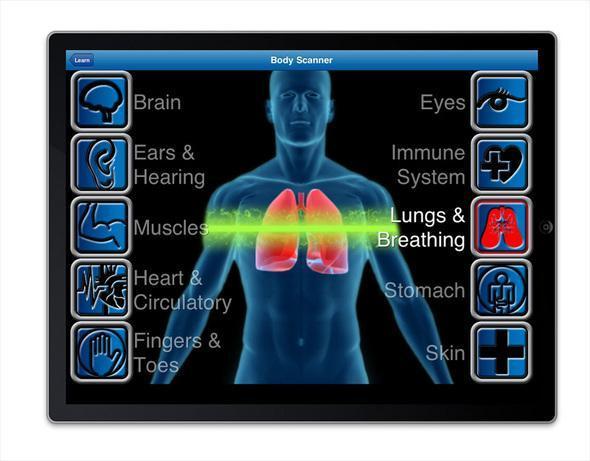 Medicine needs an infusion of innovative technology. We still rely heavily on pagers, Internet Explorer 6 is commonly installed on workstations and electronic medical records have yet to universally replace paper records. One potential source for innovation is mobile health, or mHealth, which combines medical technology with portable electronic devices. Small teams of mHealth developers are poised to produce and release clever consumer apps. And, as most Americans now own smartphones, low-cost apps can garner millions in revenue should the product be a hit.

By one recent estimate, there are more than 165,000 mHealth apps available for Apple and Android devices. Because of their rapid release, there aren’t comprehensive databases of these apps, let alone professionally developed lists of which apps are thought to be safe and which ones are potentially harmful. For the most part, you’re on your own.

So, how do you choose which apps to download and trust?

If It’s Too Good to Be True, It Probably Is

Smartphones and tablets showcase dazzling technologies. The current iPhone has 10 times the processing power of the chess-playing, Garry Kasparov-beating Deep Blue supercomputer from the 1990s. Beyond the powerful processors, each of these devices has high-resolution screens, high-megapixel cameras, always-on data connectivity, sensitive motion sensors, geolocation technology and plenty of memory to store many, many encyclopedias worth of information and data.

But, these phones lack medical-grade instruments. So be skeptical of apps that try to turn your phone into a medical device using only the built-in sensors. We studied the very popular Instant Blood Pressure app, which was more popular than Angry Birds for some time. It claimed to provide a blood pressure reading using just an iPhone – no arm cuff required. However, we found it to be wildly inaccurate, so much so that it missed when patients had risky elevated blood pressure levels almost 4 out of 5 times.

Sometimes these apps will invest heavily in high-tech, fancy-looking websites and videos, but if the promise is to make your phone do something that it was never intended to do, it’s probably too good to be true. If it hasn’t been cleared by the Food and Drug Administration for the process it’s supporting, think twice before downloading it.

It’s in the best interest of large professional medical organizations to help patients and doctors better manage diseases. When looking for a particular kind of app, check out the listing and the website, and see if it’s endorsed by organizations like the American College of Cardiology – as is the case for the CardioSmart Med Reminder app for Apple only – or developed by a reputable organization like the American Heart Association/American Stroke Association’s Spot a Stroke F.A.S.T. app for Apple and Android. Similarly, federally funded research groups release their own apps. The National Cancer Institute’s Tobacco Control Research Branch has developed the free, excellent QuitGuide smoking cessation app.

Be careful, though – just because a professional organization’s logo appears on a mobile health product’s listing or website doesn’t mean it has been endorsed by the organization. For example, the $149 MOCAheart device makes multiple claims about its technological abilities, though we couldn’t find any peer-reviewed clinical evidence demonstrating it to be safe or accurate. The MOCAheart website prominently displays the American Heart Association’s logo because the company entered (and lost) an AHA-sponsored design competition, not because the organization endorses the app.

The overweight and obesity epidemic in the United States is worsened by the high degree of inactivity in our population. There seems to be an endless supply of mHealth apps out there that log your activity and encourage you to go farther. Because of the many different ways people can exercise, there is no one-size-fits-all activity tracker. Folks often have to download and test a few different apps until they find one that works for them. In general, these apps are all pretty innocuous. That being said, avoid any apps that suggest pushing yourself in ways that seem ridiculous or dangerous. If the activity tracker encourages you to sprint unannounced through a shooting range dressed as a clown as a way to burn some calories, it’s probably a good idea to stay away from that app.

Being an informed patient is important, as it can help you understand and better manage health conditions. Part of being informed is knowing some of the clinical evidence supporting treatment options, for example. When looking at mobile health apps, check out the evidence supporting an app’s use. Has it been tested independently by a group of researchers? Is it based on current medical theory? Are there publications in the mainstream medical literature demonstrating its effectiveness? In our opinion, it's a red flag if an app says it makes you healthier by “promoting health,” but doesn’t provide specific examples of how it actually improves health. Pseudoscience is not a substitute for medical science.

Don’t hesitate to email the companies before downloading and using apps and ask these questions. In our experience, most mHealth companies have pretty good customer service and will respond with helpful information in a day or two.

Are You Comfortable With What You’re Sharing?

In the End, Who Should You Ask?

If you still aren’t sure, where do you find simple answers about mHealth apps? While it may seem appealing, we recommend against using app store reviews as a surrogate for advice. Much of the content of these reviews focuses on app stability, interface design and other usability features, and won’t take into account whether or not an app actually does what it says it will. You may see people claiming that they are medical professionals and they (or their doctor) endorse the app. If you believe that, we have a bridge to sell you.

In the end, if you aren’t sure whether or not you should use a specific app, ask your doctor. While not all doctors are technologically savvy, they’ll be able at least to help you vet the claims of apps as believable or not.

by Seth Martin and Timothy B. Plante For Health Us News