How To Cure Autism and The Time Bomb Of Mercury Poisoning 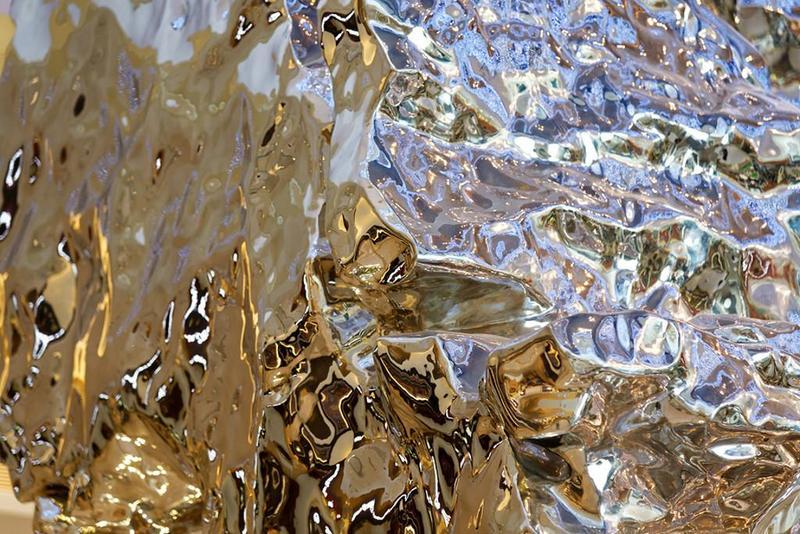 Autism strikes 2% of all U.S. children, and this rate is rapidly rising. Members of the medical establishment maintain that they cannot ascertain the cure, and claim to not know the cause. The only thing they claim to know with certainty is that vaccinations cannot be the culprit. Vaccines are categorically exempt from all institutional criticisms, and they are paraded as an unquestionable "miracle of modern science". Although the Centers For Disease Control found that approximately half of the physicians refuse to take routine vaccinations themselves, due to safety and efficacy reasons.

Nevertheless, they preach in unison that vaccines are safe for us and our children. After all, vaccines are said to have ended the polio and smallpox epidemics. Not exactly. The vaccines were conveniently put into usage just after the epidemics had begun their natural dying-off process that all epidemics undergo. This dying-off process is why the epidemic of the Black Plague and thousands of other biological terrors no longer exist, and it has historically happened without the assistance of vaccines. The end of modern epidemics that were fought against with vaccines had successes that were mirrored in countries which did not use any vaccines, and frequently had faster rates of die-off. These statistics are institutionally ignored for the sake of vaccine political correctness in the Western world. Not only has medical history been rewritten to categorically favor vaccines, but evidence of their side-effects is routinely suppressed.

The vaccine industry will make over 34 billion dollars in profits this year, with no foreseeable end in its profit growth. People who have never researched the pharmaceutical industry cannot grasp the corruption of this lucrative industry, its cozy relations with regulatory agents, or its virtual ownership of the media industry. It pays more for media advertising than any other industry; making it the most influential paying client for media organizations; and moreover, the pharmaceutical industry has the biggest political lobby in the United States. In other words, nobody with a voice ever gives the industry or its practices serious criticisms.

Before grasping the breadth of the industry's influence, one needs to first grasp its history. The international pharmaceutical conglomerates originate from the former petrochemical empire that was once exclusively owned by the Rockefeller family. It was so powerful that the U.S. Government considered it to be a threat to U.S. national security, and thus anti-trust actions were commenced to cripple the empire. However, this dragon was never slain. It is bigger and stronger than ever, to the degree that governments now answer to them, and any reporter who wants to keep his job knows to fear it.

Despite studies showing an unquestionable link between ethyl mercury and autism, the mainstream media favors studies which have shown the opposite. What is interesting is that all of the studies used to deny the autism link to mercury poisoning were funded by pharmaceutical (vaccine) companies, doctors who own vaccine patents, or the F.D.A., which gets most of its funding (97%) from the pharmaceutical industry.

The Explosive Growth of Autism

The cure is elusive, we are told, and there is no talk about promising studies concerning treatments for autism. In fact, some claim that autism is an incurable genetic condition. Some scientists have noted that the percentage of autistic children is growing so exponentially fast that autism cannot possibly be explained by genetic causes. Others argue that only the diagnoses of it have increased, whilst the actual percentage of autistic children has not actually changed.

People who work with children have easily contradicted these gratuitous speculations. Child care workers have made it increasingly clear that autistic children portray some unmistakable symptoms, which have become so common in recent years, that the genetics and misdiagnoses arguments explaining its growth are fundamentally flawed. The presiding theories are more a matter of political damage control by the medical establishment than science.

What The Parents Need to Know

The truth is that autism can sometimes be cured, but only if it is caught in time. There is not enough data to make a statement about what percentage of cases are curable; even for those who begin the treatments early. We know that fast action is prudent because vaccine-injected mercury does tremendous damage to the brain over time, and to the central nervous system. If the mercury is not removed in a timely manner, then recovery might not be possible. Mercury poisoning for autistic children is a ticking time-bomb, and its eventual payload is permanent brain damage. Young children are the most receptive to a full recovery.

Thousands of families are currently using DMSA, a substance that was F.D.A. approved for the removal of lead. Studies are now beginning to show that it is likewise effective for mercury removal, which explains why this therapy helps autistic children.

Skeptics deny the effectiveness of this protocol, based only on the fact that they religiously believe that no vaccine-autism link could exist. Their bias stems from the fact that successful treatments further prove that autism was indeed caused by mercury poisoning, and therefore by vaccines. Accepting this link would mean committing a career-ending sacrilege for anyone involved with the medical industry. So instead, they ignore data showing the benefits of this therapy, and categorically deride chelation proponents for being "unscientific". We have repeatedly witnessed that the whole vaccine debate is much more about business, power, and politics than science.

When the DMSA cure began becoming popular, James Adams, Ph.D, Professor in the Division of Clinical Sciences at the Southwest Clinic of Natural Medicine, began a study of DMSA, largely because his teenage daughter had autism. N.B.C. News actually covered the story.

The conclusion of the study done by Jim Adams was that autism can be reversed safely and effectively in some children. His study was intended to be the starting point for further research, and was conducted on children aged 3 to 8 years. Most people would assume that positive results in one study would lead the way to further investigations by different groups, but this has not been the case. Scientific progress is being thwarted by politics and business agendas at university medical schools. However, at least one other study, published in Toxicology and Applied Pharmacology did reveal that not only does the vaccine preservative thimerosal deposit mercury inside the body, but that it is effectively removed with DMSA.

Alternative medicine offers several different forms of chelation (heavy metal removal). These can be used in conjunction with DMSA, and we advise parents to utilize all methods to get the maximum results as fast as possible. The longer the process of removing heavy metal toxins takes, the more brain damage and side effects there will be. Parents should accept that the onset of autistic symptoms indicates a mercury-based time bomb that they are racing against to save their child from a life-long handicap.

It is wise to stimulate nerve regeneration when treating autism. Vitamin B-12, in the form of methylcobalamin, is known to be helpful for creating and repairing nerves, along with MSM (methylsulfonylmethane). The intake of saturated fats is essential, since nerve repair cannot take place without them. Saturated fats (e.g. dairy products) like real butter are ideal. The patient should supplement daily with omega-3 in the form of flax seed oil; in independent, light-resistant capsules. Never use fish oil or other supplementary sources for the omega-3. Baked fish is the ideal source of omega-3, but it will be impossible to get the needed amount from diet alone. Include a source of dietary sulfur proteins, such as goat cheese or eggs, for best results with omega supplementation. Yogurt can be used too, but it is not as healthy, because it is made from homogenized milk. If yogurt is used, then also supplement with folate (or the inferior folic acid) and vitamin C to prevent inflammation and arterial damage.

Mainstream physicians and psychiatrists are likely to tell you that it is impossible to heal nerve damage, especially damage to the brain neurons. Do not assume this to be true, because it is only true for some cases. Young people, in particular, have excellent chances of nervous system regeneration. Just remember that those same experts told you that vaccines are harmless, and that there is no cure for autism.

The autism epidemic is sweeping our society, and the medical establishment has remained silent about chelation-based options, which help an unknown percentage of autistic children. It is worth noting that thimerosal is still present in some vaccines. It was withdrawn for a brief period, so that manufacturers could claim that it was "removed". Then they put it back into the vaccines and continued making the mercury-free claims based dishonestly upon the fact that it technically was removed (at one time). These are the sort of manipulations and word games that one uncovers when studying the pharmaceutical industry.

We strongly recommend that parents consider using a chelation protocol on their autistic children immediately, and avoid all future vaccines. All states, except for West Virginia and Mississippi have religious or philosophical exemptions to protect those who are in-the-know from "mandatory" vaccinations. Parents from those two states must home school their children in order to avoid vaccinating them or legally challenge the local school system. If you are beginning to treat your autistic child, then we wish you the best of luck and God-speed. A prayer for help and guidance would probably be the best first step.

by Thomas Corriher For Healthwyze