How to Be Better in Bed, According to Science 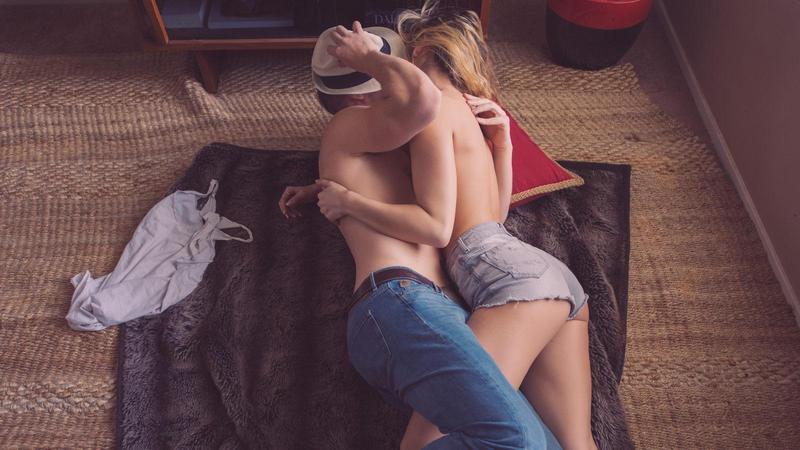 While 'that thing you don't talk about at the dinner table' might not seem like an obvious area of study for psychologists and social scientists, there's actually a lot of research into the activity.

Namely, how to get better at it and enjoy it more.

So, we've rounded up the best sex advice science has to offer.

According to a study from New York University, marijuana goes better with sex than booze as alcohol numbs sensations while weed enhances them - leading to "magnified" orgasms and lower levels of regret.

Joseph Palamar, an Assistant Professor at the New York University recruited 24 participants to take part in a series of in-depth interviews.

The research also found that people have sex with fewer strangers while on marijuana compared to alcohol.

According to the study, getting high leads to:

More tender, slow, and compassionate sexual acts, and to involve more sensation and sensuality than alcohol.

Both men and women report "longer and more explosive orgasms" while high.

While weed can help you in bed, cigarettes don't.

According to a meta-analysis of ED research, about 40 percent of men with erectile dysfunction were also smokers according to Ball State University sex educator and researcher Dr. Justin Lehmiller.

An Israeli study found that when people felt their partner was being more attentive toward them, they wanted their partners more, and had sex more often.

Responsiveness is key to this, especially in long term relationships, so text back fast, call your partner and make them feel loved.

University of Toronto scientists say the way you frame your assumptions about sexual chemistry can change how much you enjoy sex.

Research found that couples who believed they had to put effort into sex to improve it, had more satisfaction in both the bedroom and their relationship.

This basically means they need to be motivated to meet a partner’s sexual needs. ​

What is a turn-on or turn-off is dependent on context.

She says to imagine if you're feeling playful and your partner tickles you, it may feel good and may even lead to some good sex - but if you're stressed or in a bad mood, you may want "to punch them in the face".

She suggests that couples think about the best sex they’ve ever had and write it down.

“Think about where you were, what was happening in your relationship, what you did, and how you felt about what you did.

If an individual writes down three great-sex encounters, patterns may start to emerge about individual turn-ons. You can then share these with your partner and try recreating these contexts.

That way you can both reach your full sexual potential.”

Dr. Kristen Mark, director of the sexual health promotion lab at the University of Kentucky says that a big problem for people - even in long term relationships, is being able to talk about sex.

Talking about sex makes you feel vulnerable and most people think they may make their partner feel bad if they suggest something new.

However, Mark's research showed that couples that talk about their sex lives are more satisfied.

In a survey or more than 3,000 folks aged 18 to 70-plus years of age, Mark found that majority of participants indicated that engaging in sexually adventurous behaviours increased their and their partner's sexual satisfaction.

People are looking for kindness, and according to research altruistic behaviour significantly predicted how satisfied participants were with their sexual behaviour and their number of sexual partners.

It turns out that people really are just looking for kindness in a partner.

Previous research has shown that people prefer more unselfish long-term partners, but this study shows generosity can be sexy in the short term, too.

Research suggests that cuddling or even laying next to each other after sex can improve your partner's outlook on your relationship and sex life.

According to Dr. Amy Muise, assistant professor of psychology at York University

One of the most common reasons why people engage in sex in relationships is to enhance intimacy and feel closer to the partner and I think after-sex affection helps to accomplish this goal.