Here is Why Antibacterial Soap is Bad for You 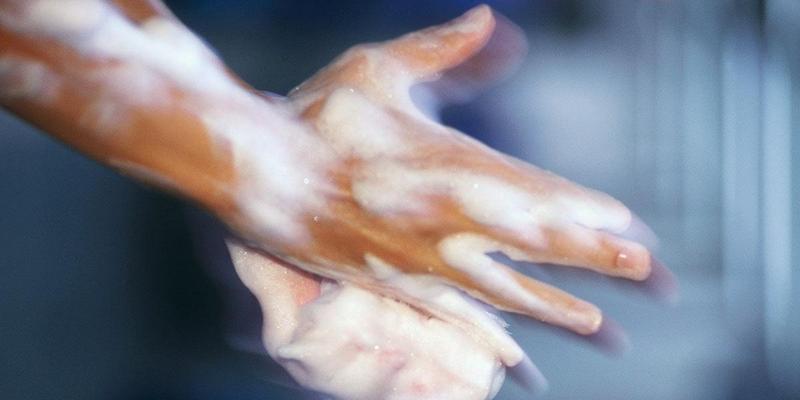 Whether it's the flu season or not, regularly washing your hands is a good idea, because it keeps the pathogens at bay. But thanks to a generally prevailing dislike towards all microbes, many people also don't leave the house without a portable bottle of hand sanitiser, and stock their homes with antibacterial soap, detergents, and other household products that claim to kill all bugs in sight.

In fact, most soaps on the consumer market sport "antibacterial" somewhere on the label. You can even buy sponges and chopping boards with antibacterial coating, but we wouldn't recommend that — and here’s why.

When you clean the kitchen counter with an antibacterial surface spray, it may leave a residue of active compounds that target bacteria — but it won't get rid of all of them, nor will it know which ones could make you sick. One of the most common substances used as an antibacterial agent is called triclosan — a compound that was originally developed for scrubbing hospital floors.

"Triclosan has a specific inhibitory target in bacteria similar to some antibiotics," epidemiologist Allison Aiello explains to Coco Ballantyne at Scientific American. This means that bug populations that have been exposed to triclosan can go on to develop mutations that not only protect them from the antibacterial whatsit you've been spraying them with, but even develop cross-resistance, contributing to the whole antibiotic resistance problem we're facing. In short, there is speculation that the widespread use of triclosan may well be adding to the rise of 'superbugs', or multi-strain resistant bacteria.

Even though triclosan — and its related compounds — doesn't appear to be harmful to human health, there have been studies showing that it interferes with hormonal function in lab animals. Other small-scale studies have indicated a possible contribution to allergy increase, not to mention that the compound is also an environmental pollutant that's negatively affecting aquatic species such as bacteria, algae, and fish. In 2010, the European Union banned triclosan from products that come into contact with food, and is now phasing it out from cosmetics, too.

Most importantly, there is no evidence that antibacterial soap actually cleans any better than regular soap. It doesn't seem to be effective against viruses that cause flu and colds, as well as many gastroenterological problems. The lack of evidence is so glaring that in late 2013, the US Food and Drug Administration (FDA) announced that manufacturers would have to prove that their antibacterial soap is more effective than the conventional stuff, or they would have to pull it off the shelves over the next couple years.

Conversely, the only antimicrobial products that appear to have any merit are alcohol-based hand sanitiser gels. Alcohol is a highly effective antiseptic that breaks down proteins and disrupts cell membranes, killing most bacteria, fungi, and even viruses on the spot. Because the germs are quashed upon contact, there is no risk of contributing to the resistance problem, and even frequent use doesn't cause toxicity. Hence if you go to the hospital, it's vital that you do sanitise your hands at every opportunity, to prevent the spread of any nasty superbug trying to hitch a ride on your skin.

Even though alcohol is the best bet, there's still conflicting evidence regarding the effectiveness of consistent sanitiser use as a more efficient method of disease prevention than simply washing your hands. And, of course, the hand rub only kills bugs — it doesn't actually clean any dirt off. When it comes to keeping clean, the best approach is to use plain soap or detergent, lather up, and rinse well with water. This applies to all types of cleaning — from hands to kitchen surfaces.

So unless the antibacterial action is alcohol-based, it's best to avoid the use of pointless antimicrobial products. They aren't keeping you healthy, and may in fact be contributing to the rise of the next best superbug.