This Herb is a Powerful Anti-Depressant. It Also Improves Memory and Aids Weight Loss 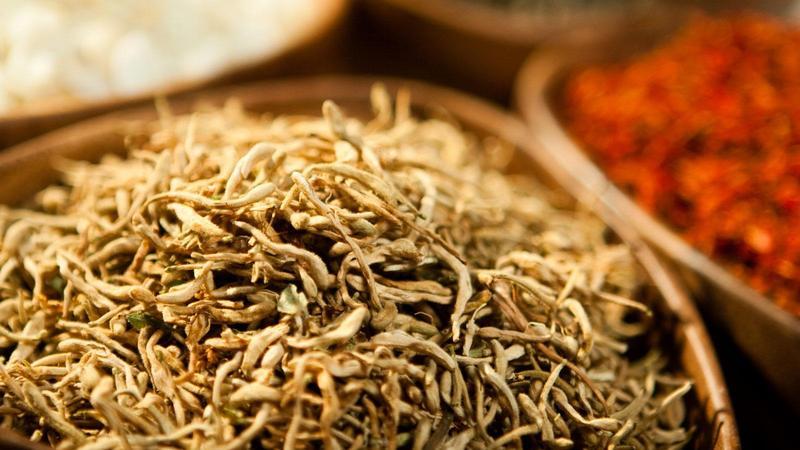 The Chinese herb XingPiJieYu has been found to reduce the effects of chronic unpredictable stress, while also improving learning and memory, according to a new study.

Depression is a mental health condition characterized by a pervasive low mood and the loss of pleasure and interest in day to day activities. Often resulting in cognitive dysfunction, depression is also associated with the disturbance of cognitive processes — in particular, the impairment of learning and memory functions — which can actually exacerbate the illness and increase the recurrence of depressive symptoms in sufferers. At present, depression is commonly treated with monoamine-based antidepressants such as selective serotonin reuptake inhibitors (SSRIs). However, about 1/3 of depressive patients are not responsive to these chemical antidepressants. Moreover, SSRIs cause lower bone density, cause weight gain, reduce male fertility and — ironically — increase violent and suicidal tendencies. They are also known to cause panic attacks, low heart rate and lightheadedness, induced mania, psychotic symptoms, electrolyte disturbances and seizures, and even anorgasmia (the inability to achieve orgasm). And there are literally dozens of other side effects too numerous to mention in this article. So what’s the alternative?

Researchers from the Institute of Psychology, Chinese Academy of Sciences in Beijing, discovered that XingPiJieYu (XPJY), used in Traditional Chinese Medicine as an anti-depressant, improved the signaling pathway in the hippocampus, the side of the brain associated with learning, memory and emotion. “The present study indicated that XingPiJieYu could improve the depression and related syndromes in a rat chronic unpredictable stress (CUS) model,” they wrote in the journal BMC Complementary and Alternative Medicine. For the study, sixty rats were divided into six groups. The control group was given distilled water. Group two was comprised of CUS-induced rats given distilled water, while group three was comprised of CUS rats dosed with anti-depressant drug sertraline (10mg). Group four included CUS rats given 0.35g of XingPiJieYu (XPJY), group five included CUS rats given 0.7g of XPJY, and group six included CUS rats given 1.4g of XPJY. In the Morris Water Maze test, the CUS rats that received 1.4g of XPJY (group six) took the least amount of time to find the platform on day one. The researchers wrote: “The present study found that the escape latency (time to find the platform) in the XPJY 1.4 g group on the first day was significantly shortened, but the difference for the sertraline group was not statistically significant. … These results shows XPJY could increase the ability of spatial learning of depression rats by CUS.” [amazon template=recommended for you (single product)&asin=B00KC241FG]

A spatial exploration test also revealed the memory-boosting benefits of the XPJY 1.4g group, and of the sertraline group, by day five. Said the researchers: “It indicated both sertraline and XPJY can achieve improvement with regards to rats’s memory capability, while the efficacy of the XPJY 1.4g group was more significant. This results show XPJY increased the ability of spatial learning memory better than sertraline.” XPJY also inhibited stress-related weight loss among stressed rats. In conclusion, the study revealed: “The experimental results are consistent with actual situation. The primary findings of the present study show that CUS causes cognitive decline and depression-like symptoms whereas XPJY showed ameliorating potential against detrimental effect of CUS. … These results are in agreement with several other studies which also showed that CUS causes cognitive decline and depression like behavior in animal models.”

via Wake Up World