Heart of Hinduism: Arts and Sciences 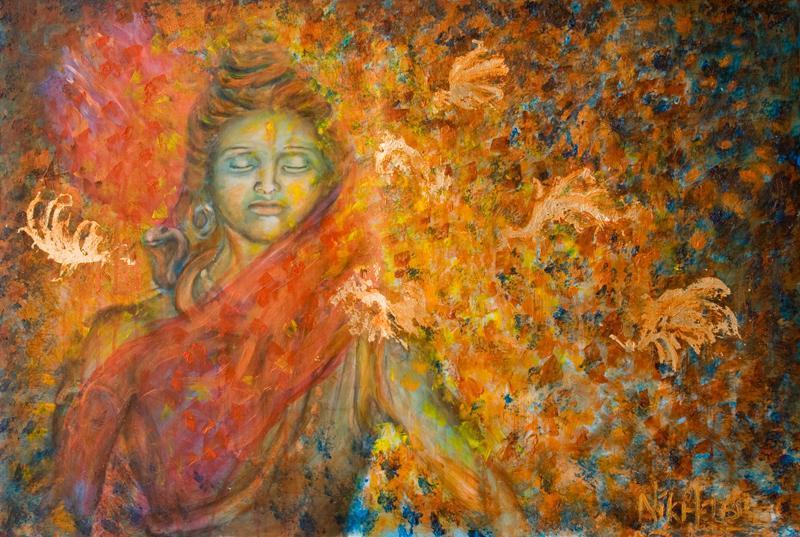 India's arts and sciences are extensive and many may have predated their Western counterparts. These disciplines usually contained significant spiritual elements, and were not simply attempts to unethically exploit nature or improve the material standard of living. The relevance of Hindu art and science is increasingly recognised in the West.

India is often credited with contributing to the world, via Arabia, our current numerals and the concept of "zero." Hindu mathematicians certainly formulated an ingenious system of mental arithmetic used in astronomical calculations. This science of Vedic mathematics was revived quite recently by a prominent sannyasi, Swami Bharati Krishna Tirthaji (1884–1960). From only sixteen Sanskrit sutras (aphorisms) he expounded a whole mathematical discipline, by which normally lengthy calculations can be performed almost instantaneously. His writings include a concise proof of Pythagoras's theorem and a Sanskrit verse that codifies the value of pi to thirty-one decimal places. Vedic mathematics is currently taught in some British schools.

The Indian version of Feng-Shui. Experts claim that it goes back 5,000 years, possibly pre-dating its Chinese cousin. It deals with the science of sacred space and with harnessing natural and beneficial energies in the design, construction, and decoration of buildings. It is connected to the microcosm-macrocosm relationship illustrated in the story of the primal man found in the Rig-Veda. Much information on Vastu is derived from the architectural Shilpa Shastra. Many new books on this subject are now appearing on the market.

Ayurveda refers to a system of indigenous Indian medicine, mainly derived from the Sushruta and Charaka Samhitas. This science is often attributed to Dhanvantari, an incarnation of Vishnu who appeared from the milk-ocean churned by the demons and demigods. He taught that sickness is rooted in an imbalance in three bodily humours – wind, bile, and phlegm. Harmony is achieved by balancing these doshas through suitable diet, regulated lifestyle, positive mental attitude, and prescribed natural remedies. The system advises preventative rather than reactive methods, and treats individuals according to their unique constitutions. It is still practiced throughout India, and is increasingly popular in the West.

Hinduism developed an alchemy based on two key elements – sulphur and mercury. These correlate with the tantric male-female symbolism of Shiva and Shakti. Some Hindus claim that yogis can transform base metals into gold. Today this science of alchemy is related to Ayurvedic medicine, and specifically the preparation of mineral remedies.