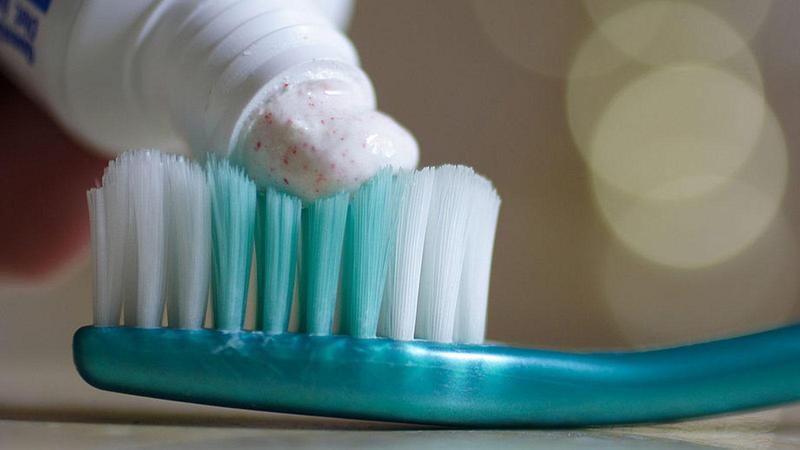 Contrary to popular belief, fluoride is not a natural substance; it is the byproduct of the aluminum and nuclear industries’ use of fluorine gas. The Merck Index lists fluoride’s primary use as rat and cockroach poison and it is a known carcinogen. It wasn’t until the 1950s that the FDA was somehow convinced that the poison allegedly helped protect teeth.

The California Environmental Protection Agency’s Office of Environmental Health Hazard Assessment (OEHHA) recently released a document called Evidence on the Carcinogenicity of Fluoride and Its Salts that highlights the many health hazards caused by the consumption of fluoride.

The OEHHA report already states that “multiple lines of evidence (show) that fluoride is incorporated into bones where it can stimulate cell division of osteoblasts ,” an admission that already recognizes fluoride as a cause of bone cancer. The report goes on to state that fluoride induces “genetic changes other cellular changes leading to malignant transformation, and cellular immune response thereby increasing the risk of development of osteosarcomas.”

Multiple studies by Dr. Dean Burk, the former head of the Cytochemistry Section at the National Cancer Institute, have also drawn connections between fluoride exposure and cancer. Dr. Burk’s research dating back to 1977 revealed that fluoride ingestion led to the growth of thyroid follicular cell tumors in mice.

“Analysis of the results in rats showed that animals who drank fluoridated water showed: an increase in tumors and cancers in oral squamous cells, a rare form of bone cancer (osteosarcoma), and an increase in thyroid follicular cell tumors,” reads a paper by Dr. Lita Lee, Ph.D., entitled Fluoride – A Modern Toxic Waste.

In the 1920’s, aluminum manufacturing, due largely to the flourishing canning industry, was booming. But it was also a big producer of toxic waste, namely sodium fluoride. The biggest dilemma was the cost to safely dispose of this hazardous waste, since it was extremely expensive. A company in Pittsburgh, ALCOA, led by their founder and major stockholder, Andrew Mellon, had some “revolutionary” ideas of how to cut the costs of disposing of sodium fluoride.

Under EPA regulations, sodium fluoride was previously required to be disposed of in a landfill for toxic waste. However, Mellon got himself appointed Secretary of the Treasury which at that time was in charge of the US Public Health Services (PHS), and to make a long story short, without any studies, Mellon found a market for his toxic waste (and the toxic waste of the soon to emerge nuclear industry)—the municipal water supplies of the USA.

Under Mellon’s supervision, ALCOA-funded scientist Gerald J. Cox publicly declared that fluoride was good for your teeth, and in 1939, he proposed that the USA should fluoridate its water reservoirs. In essence, sodium fluoride was given the “green light”… not by a doctor, not by a dentist, but by a scientist who was working for the largest producer of fluoride in the entire country. I’m not joking, that’s how it all started!

At that time, the ADA and AMA were not yet on the take and they were screaming at Congress to stop this toxic assault. The Journal of the American Dental Association, in 1936 warned that “fluoride at the 1 ppm (part per million) concentration is as toxic as arsenic and lead.” In the 1940’s, countless studies proved conclusively that fluoride is toxic, causes cancer, damages the immune system, causes brain damage, and damages internal organs. But ALCOA, backed by the Military Industrial Complex, wanted a market for the waste created by the nuclear industry, promptly “classified” the incriminating results of each and every study.

They were bound and determined to make a profit from this toxic substance called sodium fluoride. In 1947, Oscar R. Ewing, a long-time ALCOA lawyer, was appointed head of the Federal Security Agency, a position that placed him in charge of the PHS. Under Ewing, a national water fluoridation campaign began. The public relations strategist for the water fluoridation campaign was none other than Sigmund Freud’s nephew Edwin L. Bernays, known as the “Father of Spin.”

Bernays pioneered the application of his uncle’s theories to advertising and government “half truths.” In his book, Propaganda, Bernays argued that “scientific manipulation of public opinion is the key.” He stated, “A relatively small number of persons pull the wires which control the public mind.” His techniques were simple: Pretend there is some favorable research by using phrases like “Numerous studies have shown…” or “Research has proven…” or “Scientific investigators have found…” but then never really cite anything. Say it long enough and loud enough, and eventually people will believe it. If anyone doubts you, attack their character and/or their intellect.

Bernays never strayed from his fundamental axiom to “control the masses without their knowing it.” He believed that the best “PR” occurs when the people are unaware that they are being manipulated. So, under Bernays’ spell, the popular image of fluoride (which at the time was being sold as bug and rat poison) became that of a beneficial provider of gleaming smiles, absolutely safe, and good for children. Any opponents were quickly and permanently engraved on the public mind as crackpots, quacks, and lunatics. In 1950, the government officially endorsed fluoridation, and today, over 70% of the nation’s reservoirs are fluoridated with almost 150,000 tons of sodium fluoride each and every year, despite the fact that it is a toxic waste and causes countless health problems.

Truth be told, fluoride is a hazardous-waste by-product from aluminum, fertilizer, and the nuclear industries. But rather than paying to dispose of their hazardous waste, these companies are able to sell their waste to municipalities so they can drip it into our water and forcibly “mass-medicate” the entire population!

I am appalled at the prospect of using water as a vehicle for drugs. Fluoride is a corrosive poison that will produce serious damaging effects on a long term basis. Any attempt to use water this way is deplorable.
—Dr. Charles G. Heyd (past Presiden tof the AMA)

I leave you with this quote from EPA scientist, Dr. Robert Carton:

Fluoridation is the greatest case of scientific fraud in this century, if not of all time.