Eliminating the Parasites That You Almost Certainly Have and Curing Lupus 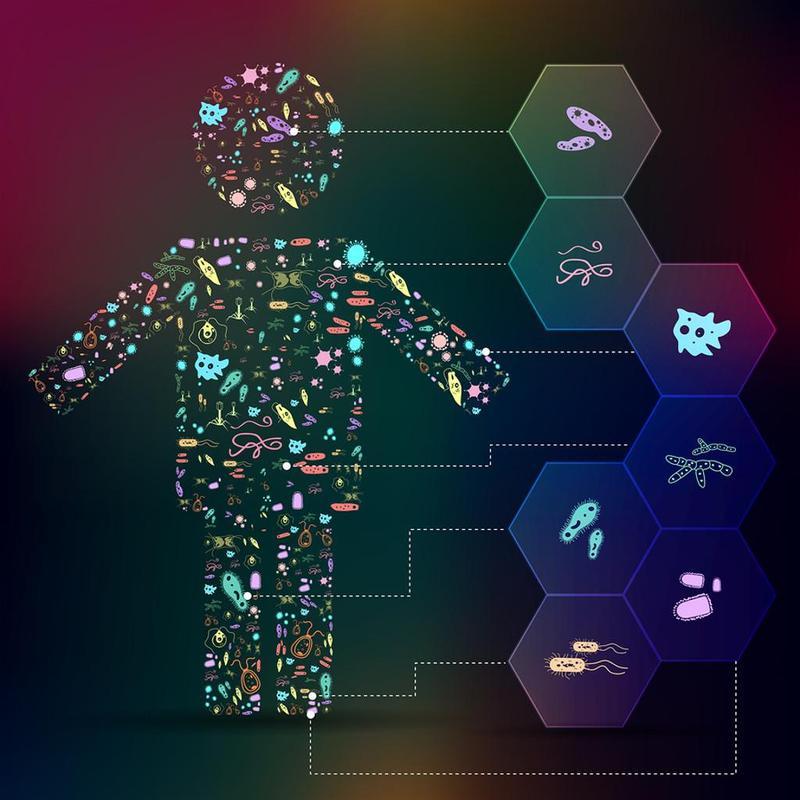 Parasitic infestations are an epidemic in the United States, with most sources estimating that a massive 85% of Americans have parasites. Because of this, we recommend a parasite cleanse every six months, care in choosing restaurants, and washing after exposure to animals.

Unfortunately, most doctors are not trained in the treatment of parasites. It is only when parasites are visually seen that American doctors will suspect them, which requires an especially terrible case. There are many symptoms of parasite infestation which people experience in daily life, believing that these issues are completely normal. While sickness has become somewhat normal in the modern lifestyle, it does not need to be. The amount of damage that can be caused by parasites is virtually limitless, because many types of them are small enough to travel anywhere in the body through the blood stream. Parasites obtain sustenance by robbing the body of nutrients. They are the root cause of lupus, with all other issues being secondary to the parasitic infection. Therefore, lupus cannot be cured without a thorough parasite cleanse. Lupus is officially reported to be just another "incurable disease" and an "autoimmune disorder" by the establishment. Most parasites can be avoided by thoroughly cooking foods and by never drinking unfiltered water.

Round worms: Living in the stomach and intestines, these worms enter through undercooked and contaminated food. Remember that manure used in organic farming may be contaminated with worms. Therefore, this parasite is one reason to avoid raw produce diets. Always wash your hands after having contact with pets; especially if there has been any contact with their feces.

Heart worms: It is extremely rare for heart worms to occur in humans. In the few cases that were reported, they usually occurred as a single worm in the lungs, rather than the heart. They cannot be spread from one animal (or human) to another, but must be spread through mosquitoes.

Tape worms: Enter the body through undercooked beef, fish or pork. They live in the lower intestinal tract. Use gloves and wash thoroughly after preparing meat for consumption to prevent them.

Pin worms: Living inside the intestinal tract and lungs, these small white worms come out at night to lay eggs around the anus. The eggs hatch, and then the young worms reenter through the anus. If the person scratches during his sleep, the eggs get under the fingernails, spreading to wherever the person touches. It is believed that they are small and lightweight enough to become airborne, leading people to inhale them. This is how they are purported to arrive inside the lungs.

Hook worms and thread worms: These can be found in contaminated drinking water, or they can enter directly through the feet. They are tiny in size, and can enter through the soles of bare feet; even without open wounds. Always wear shoes when walking outside. These worms are unique because they have a lifespan of several years, and the eggs can incubate for up to 10 years.

Itching around the anus, especially at night

Difficulty maintaining a healthy weight (over or underweight)

Itching on the soles of the feet, often accompanied by a rash

Facial swelling around the eyes (round worms)

Wheezing and coughing, followed by vomiting, stomach pain and bloating (suggesting round worms or thread worms)

Itching or tingling sensations on the scalp

If a conventional doctor believes that you have parasites, he will prescribe an anti-parasitic pharmaceutical. These pharmaceuticals are always toxic, for it is their toxicity that kills the parasites. Thus, swelling of the lymph nodes, hands and feet are common with these drugs. Vision problems, lack of coordination, and convulsions can also occur. Diarrhea is typical too.

* Do not take neem if you are pregnant or planning to become pregnant, because it can work as a contraceptive. Cinchona is a herb that is specific to curing malaria.

We do not recommend choosing one of the anti-parasite formulas that are available in retailers, since they are usually overpriced and formulated at very low concentrations.

Diatomaceous earth is probably the best natural anti-parasitic medication. It is a natural pesticide that does not harm humans or pets. It is believed to kill insects, worms and parasites by dehydrating them. When used on ants, it usually takes approximately 20 minutes before they are all dead. One tablespoon of diatomaceous earth taken by an adult, once a day for seven days, is believed to be extremely effective for killing all parasites. When it is used on children, bear in mind that height is a better indicator of the size of their G.I. tracts than their weights. Thus, a child who is 4 feet tall should take 2 teaspoons, and a child who is 2 feet tall should take 1 teaspoon.

If you take the diatomaceous earth route, then we advise you to only buy it food grade. Industrial diatomaceous earth is used for swimming pool filters, but it has been chemically treated, so this type is not safe to eat. Try to avoid rubbing it onto your hands, since it will have a drying effect upon the skin. Diatomaceous earth contains heavy metals as part of its mineral content, but it also contains selenium, which allows otherwise accumulative heavy metals to be safely flushed from the body. Therefore, it is not really a health concern despite the trace presence of aluminum and lead. We recommend taking selenium supplements for a week after discontinuing this treatment to ensure that the body thoroughly neutralizes the metals. Concerned individuals can follow the parasite cleanse with a metal cleanse. Our research indicates that diatomaceous earth is the best overall parasite treatment for humans, because it can kill blood-borne parasites as well. When using it, be sure to drink plenty of fluids, because it will dehydrate a person considerably.

Wormwood and black walnut hulls are known to kill adult worms, whilst cloves kill eggs. Some people use this trio for treating parasites, instead of diatomaceous earth. It is recommended that you take 500 mg. of wormwood and black walnut hulls, whilst taking 1/2 teaspoon of cloves daily for about 14 days. The other herbs listed can be used to augment these two core protocols.

As parasites die, they release toxins through their excrement and from rotting. The most common parasites, the worm type, attempt to escape by burrowing deeper into the intestines, which can cause sharp cramps. Even when dead, the body is still burdened with the task of flushing them out. This whole process can make the person feel sicker than he was before he began the cleanse, but this is only temporary, and it is a sign that the cleanse is working. It is known as a Herxheimer reaction when people become sicker as a result of the toxins that are released by dying parasites. While fatigue and grogginess are to be expected, normal life may be continued, and diarrhea should not occur. Eat a good, wholesome diet throughout the cleanse to ensure that your immune system is at its strongest. After the cleanse, you should feel better, have more energy, and experience sickness less often.

by Thomas Corriher For HealthWyze