Demonic possession and the ancient practice of exorcism 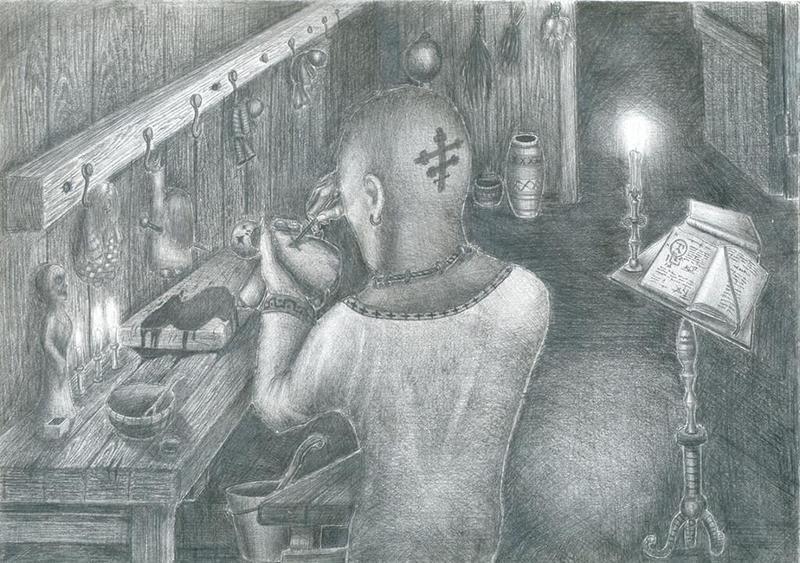 Last year, the Roman Catholic Church announced that they were training up a new army of exorcists to meet the growing demand for experts to rid people of evil spirits. The Church claims that the “unprecedented rise” in requests for exorcism comes from more people dabbling in the ‘dark arts’ with the help of information found on the internet.

“Diabolical possessions are on the increase as a result of people subscribing to occultism,” said Fr Francesco Bamonte, the president of the Italy-based International Association for Exorcists. “The few exorcists that we have in the dioceses are often not able to handle the enormous number of requests for help,” he told La Repubblica.

“Demonic” possession is said to manifest itself in people babbling in languages foreign to them, shaking uncontrollably and vomiting nails, pieces of metal and shards of glass, according to those who believe in the phenomenon. They must undergo the official Catholic rite of exorcism, which involves a consecrated priest invoking the name of God, as well as various saints and the Archangel Michael, to cast out their demons.

However, the Catholic Church is not the only religious organisation to conduct rites to rid a person of demonic possession. Virtually every religious and cultural tradition worldwide has espoused the idea of spirit possession and the need for some form of exorcism, and this custom dates back thousands of years.

In ancient Mesopotamia, it was believed that all forms of sickness came from powerful spirits entering a person’s body and attaching to a person. Assyrian tablets make reference to the use of incantations and prayers to the gods, as well as direct challenges to demons, which were believed to inflict every type of disease, both physical and psychological. Ancient Babylonian priests performed rituals by destroying a clay or wax image of a demon. In the Hindu religion, the ancient texts known as the Vedas, which were composed around 1000 BC, refer to evil beings that interfere in the work of Hindu gods and harm the living. Accounts from ancient Persia, dating back to around 600 BC, offer evidence of exorcism using prayer, ritual, and holy water by the religious leader Zoroaster, who was considered the first magician, and who founded the religion Zoroastrianism. In Christianity, there are many references to Jesus performing exorcisms, and the ability to cast our evil spirits was a sign of a true disciple. In one well known story, Jesus encountered a madman and commanded that the foul spirits leave him; the spirits then entered into a herd of pigs, which ran over a cliff and drowned in the waters below. The Middle Ages (500-1500AD) saw a revival of ancient superstition and demonology and mental illness was seen to be the result of evil possession. The barbaric treatment of mental illnesses was primarily left to the clergy who exorcised patients through a variety of techniques which caused physical pain, such as scourging.

Over the centuries, the rites of exorcism have included the use of prayers, commands, fumigations, holy water, hellebore, rue, salt, and roses. However, exorcisms have also attracted their fair share of scepticism. Many scientists believe that so-called demonic possession is simply a form of mental illness, such as hysteria, mania, psychosis, Tourette’s syndrome, schizophrenia or personality disorder. Sceptics claim that the illusion that exorcism works on people experiencing symptoms of possession is attributed to the power of suggestion, or the placebo effect, which has also been used to explain phenomena such as faith healing. Beliefs in spirit possession have remained virtually unchanged since the beginning of civilization and still exist to this day. But whether possession by demonic forces is real or simply the result of a medical or psychological imbalance is still hotly debated.