Home/Articles/Cures from east and west: The Mahatma on medicine

Cures from east and west: The Mahatma on medicine 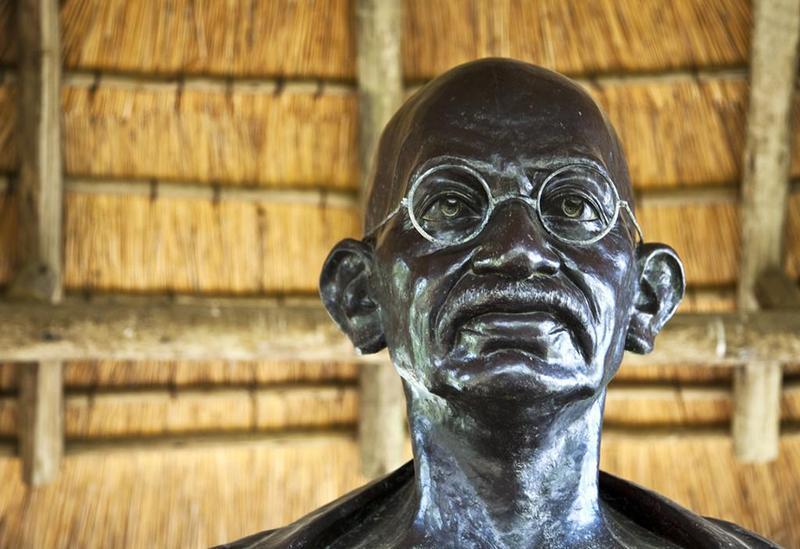 I belong to a family of doctors trained in modern or Western medicine. Back in the 1980s, the doctors I was related to, or friends with, were all sceptical of alternative forms of health care. They had no time for homeopathy, ayurveda or acupuncture, no time even for yoga. Over the decades their attitudes have changed. They now see the benefits of herbal treatments, and occasionally of acupuncture too. They are often very enthusiastic about yoga, especially when treating respiratory disorders, mental illnesses, and back injuries. The one form of treatment they remain implacably hostile to is homeopathy.

Interestingly, Mahatma Gandhi’s trajectory in this regard was almost exactly the reverse. In his twenties he became attracted to Nature Cure; later, he also learnt some yoga. In his thirties and forties he set almost exclusive store by natural and herbal remedies, applying them to himself, and to his friends and disciples as well.

Gandhi’s attitude towards modern medicine grew more positive only when he was approaching the age of fifty. He suffered very badly from piles. Persuaded to try surgery, he placed himself in the hands of a Dr Dalal, who in January 1919 operated upon him in Bombay, so successfully that he never suffered from the ailment again. He now urged friends with any hint of piles to go consult Dr Dalal at once.

In February 1921, Gandhi was asked to open a medical college in Delhi, whose prime mover was the great Unani specialist, Hakim Ajmal Khan. “I would like to pay my humble tribute to the spirit of research that fires the modern scientists,” said Gandhi on this occasion, adding: “My quarrel is not against that spirit. My complaint is against the direction that the spirit has taken. It has chiefly concerned itself with the exploration of laws and methods conducing to the merely material advancement of its clientele. But I have nothing but praise for the zeal, industry and sacrifice that have animated the modern scientists in the pursuit after truth.”

Gandhi contrasted the spirit of enquiry animating modern medicine with the placid complacency characteristic of those practising indigenous medicine. “I regret to have to record my opinion based on considerable experience,” he remarked, “that our hakims and vaids do not exhibit that spirit in any mentionable degree. They follow without question formulas. They carry on little investigation. The condition of indigenous medicine is truly deplorable. Not having kept abreast of modern research, their profession has fallen largely into disrepute.”

Gandhi hoped that the college established by Hakim Ajmal Khan in Delhi would “try to remedy this grave defect and restore Ayurvedic and Unani medical science to its pristine glory”. He was glad that “this institution has its Western wing. Is it too much to hope that a union of the three systems will result in a harmonious blending and in purging each of its special defects?”

In January 1924, while in Yerwada jail near Poona, Gandhi fell seriously ill. He was rushed to the Military Hospital, where he was operated upon for appendicitis by a British doctor named Maddock. The night before the operation, writhing in agony and pain, Gandhi thought his end was near, going so far as to will his meagre belongings to those around his hospital bed. Then he was successfully operated upon, and his faith in modern medicine was further enhanced.

A year after his near-death experience in Poona’s Military Hospital, Gandhi was in Madras. Invited to speak at an ayurvedic pharmacy, he said that “what he noticed at present was that the Ayurvedic physicians were trying to live on the past glories of Ayurveda. The system of diagnosis was still in the primitive state and it could not in any measure be compared with that of the Western system. Whatever might be said of the Western system – he had said a great deal on that subject – one thing must be said in its favour, that it had got humility and it had got research; and there were physicians and surgeons who gave their whole time to this work, the world not knowing them. He wished that spirit would fire the Ayurvedic physicians”.

This was said in March 1923. The next month, Gandhi wrote to an ayurvedic physician named Talwalkar that “I have faith in the Ayurvedic drugs, but very little in the diagnosis of physicians. I therefore never feel sure about a patient under an Ayurvedic physician if his diagnosis is not checked by a trustworthy practitioner under the Western system”.

In March 1925, Gandhi was in Calcutta. Here, in a speech at the city’s Ashtanga Ayurveda Vidyalaya, he recalled that at one time he “used to swear by the Ayurvedic medicine and used to commend it to all my friends, who went in for Western medicine, to go to these Ayurvedic physicians”. But with experience he found “that our Ayurvedic and Unani physicians lack sanity. They lack the humility. Instead of that I found in them an arrogance that they knew everything, that there was no disease which they could not cure. I found that they believed that the mere feeling of the pulse could enable them to understand whether the patient was suffering from appendicitis or some other disease.”

A report of the speech was carried in the newspapers. A correspondent wrote complainingly to Gandhi, saying that while there were many “conscientious votaries” of ayurveda, the Mahatma had only looked at the fringe element which followed questionable practices. Gandhi, in reply, defended and then elaborated on his position. Thus he categorically stated: “I know of not a single discovery or invention of any importance on the part of Ayurvedic physicians as against a brilliant array of discoveries and inventions which Western physicians and surgeons boast.”