SELFFAMILYSOCIETYHUMANITYEARTHUNIVERSEDIVINE
Home/Creativity is a Real Superpower. This is Why Most People are Secretly Threatened by It

Creativity is a Real Superpower. This is Why Most People are Secretly Threatened by It 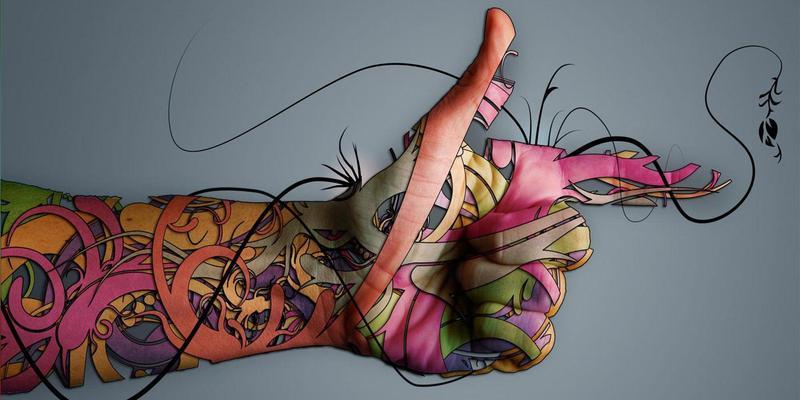 Creativity is highly prized in Western society—much touted by cultures that claim to value individualism and the entrepreneurial spirit. But scratch beneath the surface, and it turns out that a lot of schools and businesses aren’t actually all that excited about bold new ideas. By and large, we tend to be threatened by creativity—and eager to shut it down.

The problem begins with education. We know that teachers say creativity is important. But research shows that many teachers define creativity as a skill that’s mainly associated with the arts—thereby downplaying the essential role that creativity plays in everything from math and science to argumentative writing and sports. Furthermore, teachers routinely label creative students as “disruptive,” treating outside-the-box thinking not as a strength but as a problem to be dealt with. So it should be no surprise that independent studies with thousands of participants, in the US and elsewhere, have confirmed that millennials are less motivated to elaborate on creative ideas, and more anxious about embracing them, than prior generations. Recent data show that millennials are also less likely to start new businesses—a trend that has contributed to the lowest number of US startups since the 1970s.

The same pattern holds true in business. IBM recently asked 1,500 executives which leadership characteristics they most desired in employees. The number one trait: You guessed it, creativity. But the same study noted that more than 50% of executives said they struggled with, and felt unprepared to recognize and embrace, creative solutions. Study after study shows that new ideas are chronically rejected at many companies, even businesses that say they want more innovation.

The field of science is not exempt from the problem. The entire purpose of a scientific journal is to publish new ideas. But one study of manuscripts submitted to three prominent medical journals showed that 12 of the 14 most highly-cited, breakthrough papers were rejected so early that they never even got to the peer-review stage. (The papers went on to be published in journals with less prestige.) Another study found that people in charge of evaluating scientific grant proposals consistently gave lower ranking to highly novel proposals, even when controlling for quality. In addition, an unpublished study in my own field (management) showed this bias against new ideas. But the study was itself rejected for being an insufficient scientific advance.

Clearly, we are not nearly as receptive to creativity as we like to think we are. And the reason has everything to do with our overwhelmed, overworked way of life.

Thanks to technological advances, people today are inundated with a constant flow of information and stimuli. To cope with all this complexity, we strive for simplicity. We want correct answers to the problems we face. But by definition, a “correct” choice can never be a creative one.

A choice can only be “correct” if it matches a paradigm. Creative ideas necessarily break paradigms. In fact, my colleagues and I have found that people who are motivated to choose a correct solution demonstrate a clear negative (but unacknowledged) bias against creativity—even when they outwardly claim to love and cherish it.

The upshot is that we are in an ongoing war against creativity, yet we are loathe to admit it. Our negative feelings about unusual ideas are a knee-jerk reaction; we may not even be aware that we’re having them.

But there is a silver lining to this state of affairs. Even though studies show that millennials have less motivation to elaborate on creative ideas, research also shows that they are able to generate ideas just as original as those of previous generations. Meanwhile, the number of students declaring entrepreneurship majors in the US is increasing; clearly, students are interested in learning the skills to build new businesses.

So how do we unleash this potential for innovation? The first step is to face up to our (quite understandable) desire for clear-cut answers that affirm ideas with which we’re familiar. The second is to get motivated to fight our own biases.

Finding the motivation to do this right now may feel tough. In the aftermath of Brexit in the UK, the 2016 presidential election in the US, and increasingly powerful right-wing populist movements around the world, many people are feeling uncertain and scared. As Maslow’s hierarchy of needs explains, when you’re worried about basic issues like your physical health or personal safety, keeping an open mind to untested economic theories and unusual scientific research is not likely to be high on your list of priorities.

Yet our ability to follow odd paths matters most when our circumstances are most dire—when the old solutions no longer seem to be working. If we admit to ourselves that we don’t embrace creativity nearly as often as we think, we can take steps toward building an awareness of when our desire for correct answers can harm our ability to make true and lasting progress. In other words, to unleash our creative potential, it is not enough to merely generate ideas—we also have to get out of our own way and learn to make creativity count. Our future depends upon it.