Can western science help us to understand Chinese medicine? 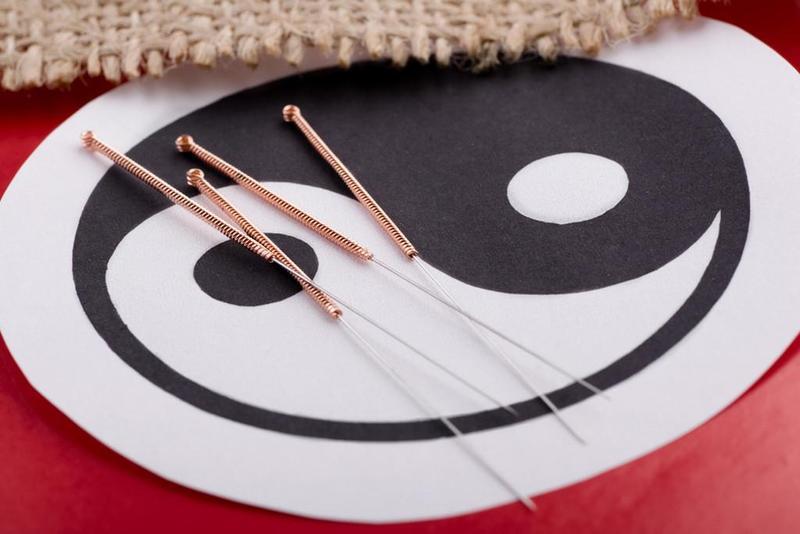 If you’ve seen a practitioner of Chinese medicine you’ve probably heard the simple explanation of how it works. Qi (energy) moves through your body along lines of energy called meridians. When it moves smoothly, all is well. When it starts to accumulate in the joints and organs it creates pain and illness. These imbalances of energy can be caused by injuries, overuse, the quality of the air we breath and the food we eat, and by what in Chinese medicine we call external pernicious influences which usually refers to pathological microbes. We call these imbalances and blockages patterns of disharmony. When we use skillful pressure along the meridians we remove these blockages and you feel better. This system, which was innately understood by the physicians of ancient China, is only recently starting to make sense in the paradigm of western science.

It has long been hypothesized that our body’s ability to conduct energy depends on it’s fascial network and that this network is the principle medium by which bodyworkers can affect positive changes in the health and sense of wellbeing in our clients.

Fascia is the soft tissue component of the connective tissue system. It wraps every other tissue formation in our bodies. It is an uninterrupted, three-dimensional web of tissue that extends from head to toe, from front to back, from interior to exterior. If everything else were removed, the network of empty connective tissue compartments would preserve our physical 3-D form in every detail. It binds specific cells into tissues, tissues into organs, organs into systems, cements muscles to bones, ties bones to joints, wraps every nerve, every vessel, and every cell, laces our internal structure firmly into place, and envelopes the body as a whole.

It contains many specialized structures, but it is really all one piece, Both at the gross anatomical level through the fascial planes and microscopically through its component tissues, it enables the communication of every cell to every other cell, extending down microscopically onto the surface of the cells and into the cells themselves. This concept is a relatively new way of visualizing connective tissue as it is now known that every cell contains within it a variety of types of connective tissue consisting of rigid, flexible, and contractile elements. Moreover, fascia has an essential role in hemodynamic and biological processes and provides the matrix that allows for intercellular communication.

Ancient texts infer that the great physicians of ancient China had an understanding of this network of fascia and its ability to conduct energy. Ancient texts refer to the “large meeting places of the flesh and the small meeting places of the flesh”. “The interstices of the divisions of the flesh are the meeting places of the streambeds and valleys, and the means by which different types of energy flow and unite together”. The old texts also refer to a network of “meridians” which are the “fat, greasy membranes extending though out the body” and state that this network functionally connects all parts of the body with one another. The character that represents this fascial material contains a reference to a glimmering quality which leads us to suspect that they re referring to its conductive quality.

Taken as a whole connective tissue, which includes our fascial system, can be regarded as a fluid crystal. This liquid crystal effects energy like the silicon based semi-conductors of modern computers. As such, our connective tissue can conduct, store and modify energy as a result of mechanisms completely independent of the central nervous system. These mechanisms include mechanical, thermal and vibrational phenomena.

First, there is gravity moving down through our bodies and the earth pushing back in an equal and opposite fashion as a ground-force reaction. When a semi-conductor undergoes mechanical stress it conducts energy in the form of piezoelectricity. Any physical movement must negotiate the relationship between gravity, our body and the earth, which exerts coordinated mechanical stressors on the body, thereby causing piezoelectricity to move through its tissues. (piezoelectricity is the ability of some materials, notably crystal, to generate an electrical field or electrical potential in response to applied mechanical stress). Also, the food we ingest is metabolized and converted into chemical energy, which, when utilized, releases heat into the surrounding tissues, the result of which is a pyroelectric effect on our bodies. And, the spinning of the planet’s inner and outer core creates a dynamo effect creating a magnetic field –the magnetosphere- that surrounds the Earth. Solar radiation strikes the magnetosphere and is funneled into the north and south poles, thus forming the outermost layer of our atmosphere called the ionosphere. The ionosphere and the crust of the Earth act as boundaries to create a resonance chamber between the surface of the Earth and the outermost layer of its atmosphere. Lightening then activates this space between heaven and earth causing all that dwell within it to vibrate at a particular frequency called the Schumann Resonance. This frequency varies throughout the month and the year, depending on the relative positioning of the sun, moon and Earth.

By understanding the conducive properties of our tissue, the genius of the many facets of Chinese Medicine are revealed. Holding points and applying compression pressure along the meridians are ways that shiatsu utilizes the piezoelectric nature of our tissues to move energy and seek a balance between the deficiency and excess within the meridian system.

This may be the key to understanding how pathological changes in one part of the body may cause a cascade of “remote” effects in seemingly unrelated areas and organ systems.

This brief explanation has been an oversimplification of the work of scientists in many fields. The understanding of life will probably never be totally grasped by the human intellect, but the quest for understanding and truth will continue to give us glimpses into its magic.